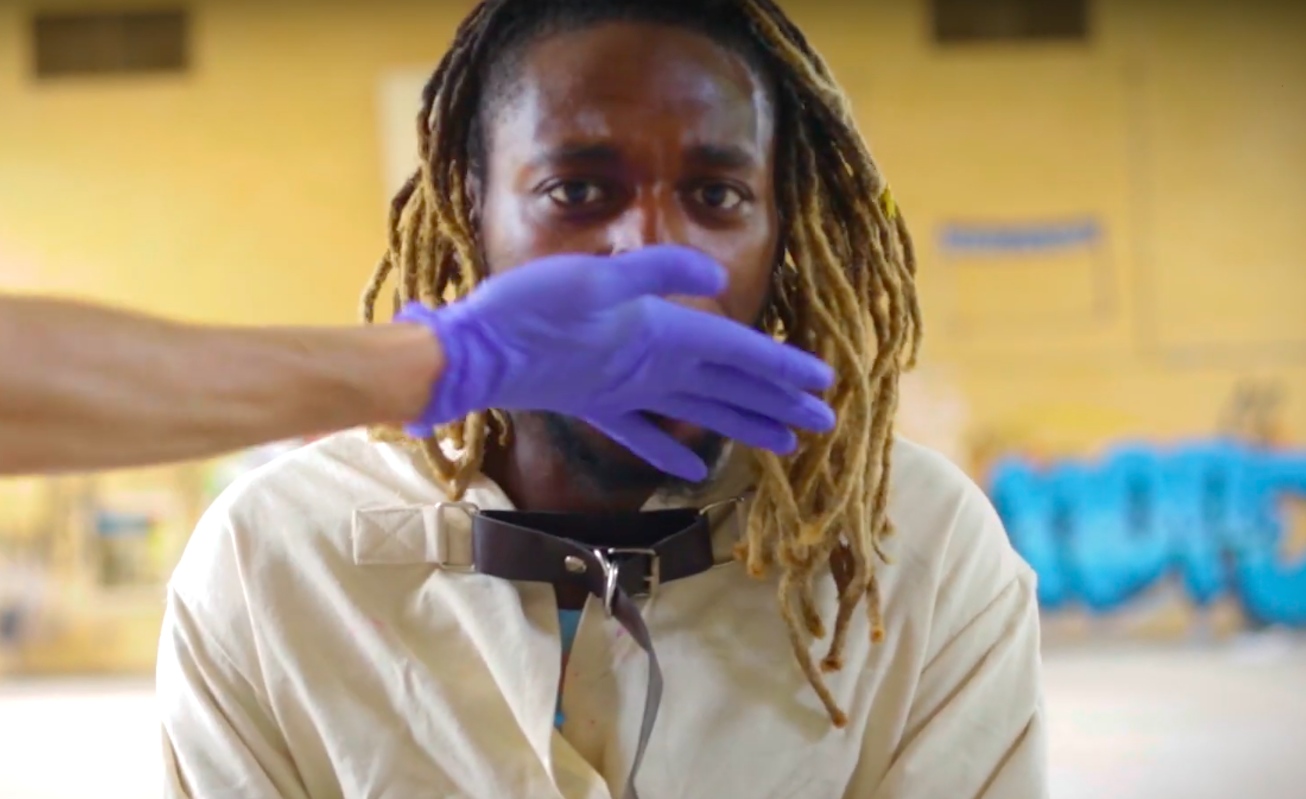 Deeper. Quicker. Slicker. We don’t know how else to put it: Cliff Notez keeps evolving. Cued by the fall release of his sophomore album Why The Wild Things Are, Notez’s evocative nature continues to blossom with each of his artistic outpourings, the most recent of which is his video for “Stevie’s Ribbon.”

The Boston rapper and multimedia artist shared the new vid today (December 4), bunching a record number of nods to his personal life into only two minutes of visuals.

“The song’s hook actually was originally performed by my brother, who passed away almost exactly a year ago in a car accident,” Notez shares with Vanyaland. “That history alone has some unsettling but bittersweet feel to it. The video was actually shot at an abandoned psychiatric hospital that my father had worked at for over 25 years. I literally grew up in that building. I used to play pick-up on Wednesdays in that gym.”

From the video’s unexpected setting, to the ongoing reference to his younger years playing basketball — oh, and his not-so-subliminal messages about pharmaceuticals — “Stevie’s Ribbon” is truly a multifaceted milestone for Notez that unfolds at a breakneck speed.

“The song itself is secretly about substance abuse, which is something I still sometimes battle with and something I lost a lot [of] friends to,” he adds. “But it’s lowkey the most hype song on the album. I think I really love tricking people into partying over complex shit.”

Watch Notez’s new video below, and grab tickets to see him with STL GLD and Latrell James at Oberon on New Year’s Eve.