Catfish Cooley is just looking to keep it real, and keep it fun 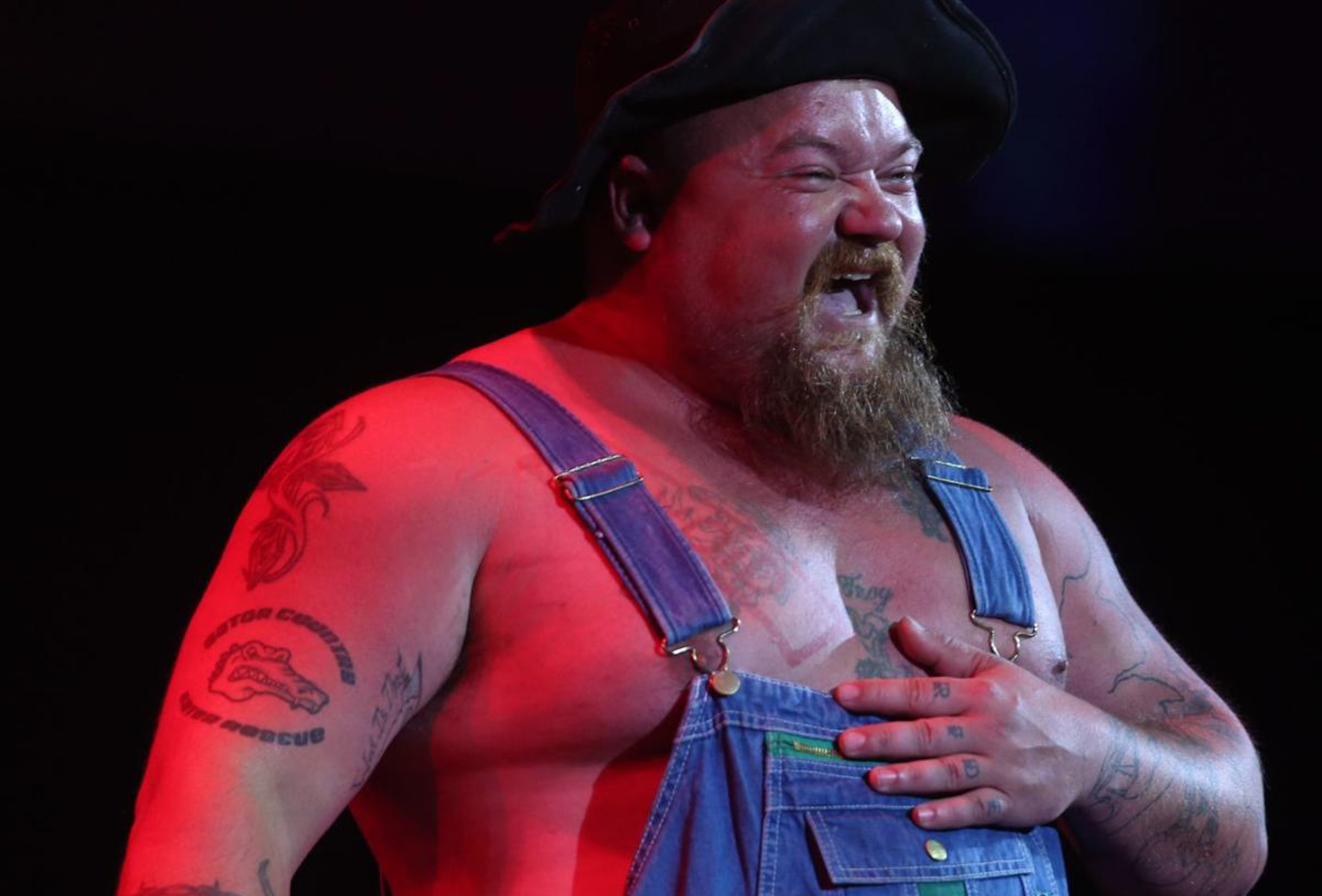 The viral star makes his first trip to Boston this weekend, as part of the Nitro Comedy Tour with Andrew Conn

In a time where everyone seems to be at each other’s throats for one reason or another, the offering of positivity can sometimes come at a premium — particularly in comedy. But Catfish Cooley is here to put a bit of a nitro boost into spreading the good vibes.

Bringing the Nitro Comedy Tour to Laugh Boston on Sunday (December 1) with Andrew Conn and DJ Slim McGraw, Cooley is looking forward to his very first trip to the Bay state. Not just because he gets to escape the southern heat for a little bit, but he’s looking forward to continuing his trek around the country and getting to know everyone he can with an arsenal of non-divisive feel-good funny stories in hand, and a deeper level of understanding in mind.

“When Andrew and I started getting things ready for this tour, our main thing was to keep it real, tell stories that people can really relate to, and reflect on their own lives,” Cooley tells Vanyaland. “We also keep politics and religion out of it completely, because you’ll never really win with those, and we just wanted to keep things happy and simple, and give folks something to laugh about.”

For Cooley, it’s undeniably been a crazy road that has led him to this point in his career. From his motivational facebook videos, to an appearance on Tosh.0, to now being able to tour the country and bring his unrelenting positivity and southern charm to the masses, it’s all been the trip of a lifetime for the Louisiana native. And while his career as a comedian doesn’t wield the same financial stability he once knew as a mill worker, Cooley will be the first to admit that even if it were all to go away tomorrow, he’d have no regrets.

“It would absolutely be worth it. Given all the people I’ve been able to meet while doing this, I wouldn’t trade it for anything,” says Cooley. “After looking on the TV, you may not know it, but there’s an awful lot of fine people in this world, and I’m just happy that I’ve had the ability to go around the country and hang out with a bunch of them.”

It’s a common belief that the north and south are on completely different ends of the cultural spectrum, but Cooley begs to differ. Going all over the country and doing what he does best has afforded Cooley the opportunity to really dissect the similarities he’s found within others, and in turn, find that from coast to coast, and border to border, there’s always a commonality within all of us to some degree if we just listen and try to understand each other.

“We’ve been to the east coast, the west coast, Canada, and there’s relatable people anywhere in this world if you just look for them, and keep an open mind,” says Cooley. “Everyone has more in common than we have differences, you just have to look for it and find it.”