Interview: Jay Leno is nostalgic for the past, and determined for the future 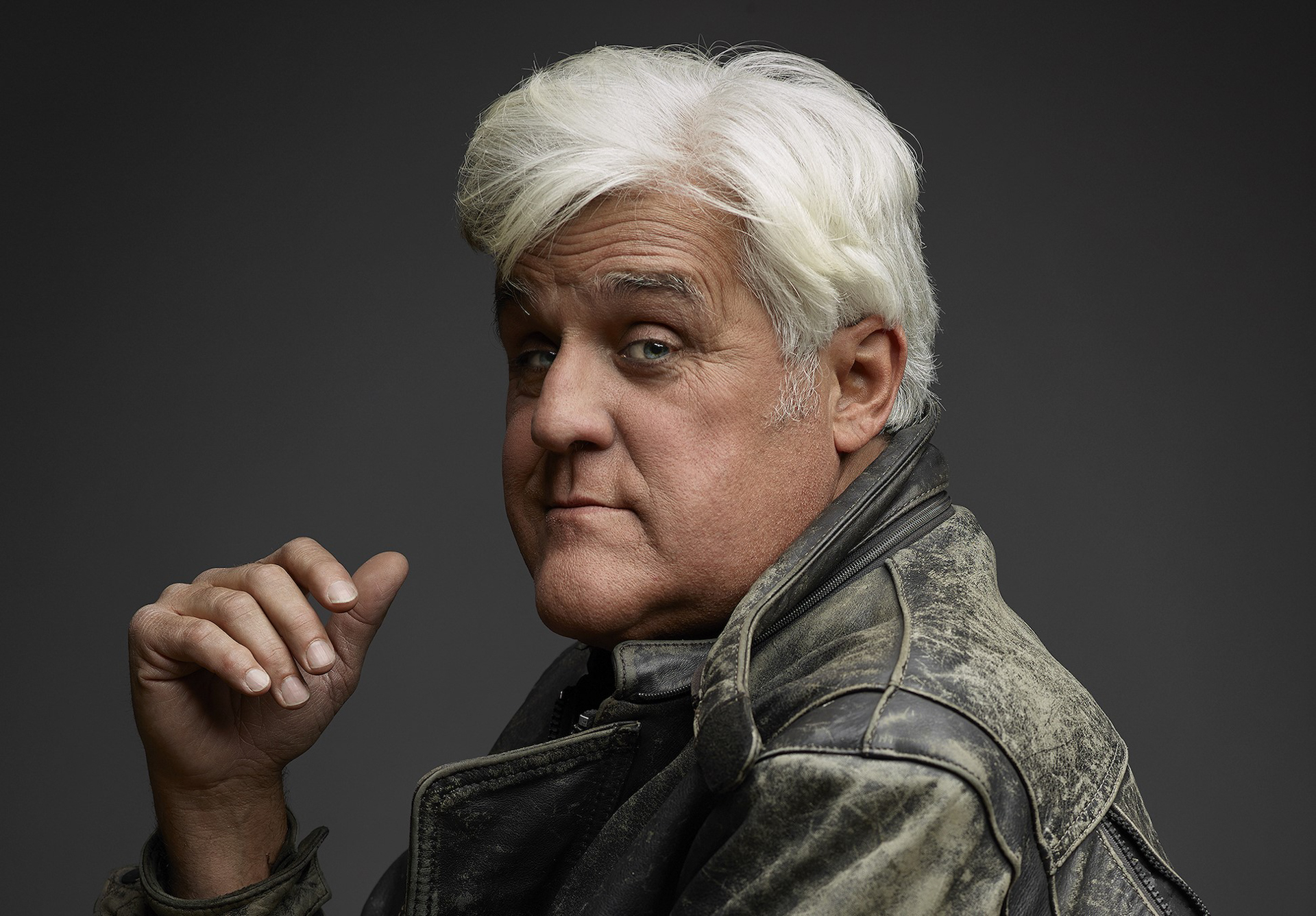 Jay Leno may be approaching his 70th birthday, but he didn’t earn the moniker of “the hardest working man in show business” by slowing down on the comedy grind.

As he makes his way back home for a show at Medford’s Chevalier Theatre on Saturday (November 23) as part of the venue’s two-year anniversary celebration, the Andover native is looking forward to wowing a hometown crowd again with his well-crafted comedy arsenal. But even as a master of the joke-writing arts, Leno is even hungrier now for the stage than he was when he started out, and his refusal to be the quintessential “old man” in the room has helped him garner fans from all generations as he continues to put the work in on the road. From city to city, Leno continues on as a fan favorite, but as he makes his way back to Massachusetts, an ever-present sense of nostalgia has him looking forward to coming back and visiting his old neighborhood, and basking in the Bay State humor that influenced him in the first place.

Vanyaland recently had the chance to catch up with Leno, and reminisce about what keeps him going after all these years, his return to Massachusetts, and how his stand-up career and 22-year stint as the host of The Tonight Show differed in their own challenging, yet exciting ways.

Jason Greenough: Jumping right into it, you’ve got a show coming up at The Chevalier Theatre on the 23rd. What’s the feeling as you prepare to bring this material back home to a Boston-area crowd?

Jay Leno: Being from New England, it always makes me laugh when I get to go back home, because people know exactly what you’re talking about. It’s just such an odd place. Massachusetts has always made me laugh. I’m obviously a great deal older than you, but I remember when Dukakis was running for president, and he was trying to institute the mandatory seat belt law in the state, and people protested that, by selling and wearing t-shirts with fake seat belts on them so it looked like you were wearing one while you were driving.

It’s just the extent of that whole yankee mentality, of all that ‘live free or die’ kind of thing. It’s just a funny, quirky place. So many good comedians have come out of Massachusetts, whether it be Steven Wright or Lenny Clarke, and they just have that weird, funny New England sense of humor. Bill Burr is one of my favorites. It just makes me laugh whenever I get the chance to come back.

In addition to the new material you’re bringing to Medford, what are your thoughts on being part of the theatre’s anniversary celebration, and being the spearhead that gets to help ring in the milestone?

This is the first time I’m hearing about that actually. Works for me!

So, at first impression, how does it feel?

Well, it’s certainly an honor. I’m thrilled to be asked, and I’m happy that they feel that way. It’s just always fun to come home. It’s funny, because I started in Boston, but I could never find work in Boston until I went to California, then I started getting jobs back in Boston. That’s just kind of the way it works. Like, if you live in Nashville, and you’re a country western star, you have to leave and go somewhere else before you can be asked to come back to Nashville.

When I started out in Boston, I could get little jobs, but there were no big jobs, because it was that whole idea of “well, you’re from here,” but all of a sudden, after I moved away, offers started coming from Boston. I like coming home. I have an affinity for New England and that quirky suspicion everyone sort of has. ‘What are you doing back here?’ or ‘what are you coming home for?’– I just love that.

Some sort of humor is rooted in just about everything in New England, I’ve found.

Yeah, I think that would be fair to say. One of the things that always got me when I first moved out to California, was how people would talk about a house being ‘mid-century’ to show how old the house was, and it was built in, like, 1948, and everyone thought it was an old house, then I’d come in and go ‘oh please, I used to live in a house that was built in 1848.’ It’s those kinds of things that I just find hilarious.

Now, you’re not really on a comeback to stand-up, but you’re doing it a lot more lately. How is it feeling to be back on that grind?

Actually, when I was on The Tonight Show, I was on the road 150 days a year. I was out every Thursday, Friday, Saturday and Sunday, because I’ve always considered myself a stand-up comedian who was lucky enough to get a TV show. You know, TV shows last a finite amount of time. Sometimes, they last 13 weeks, other times they last 22 years. I was just lucky that it lasted that long for me, but it was always in the back of my mind, like ‘what are you going to do when this ends?’

The Tonight Show was fun, because you do different jokes in the same place every night. Doing stand-up is fun because you get to do the same jokes in a different place every night. The advantage of The Tonight Show was that if something happened, you had a joke about it that night, and the disadvantage was that you might have a better joke the next night, but you can’t really use it because it’s just a different, better version of the one you already did, and the shelf life is only one day.

The fun part of stand-up is coming up with a story, and being able to hone it on the road. I like to write while I’m on stage. It’s just the best way to do things for me because you get to add a little something here and there, or you get to change something, and you get to polish it.

In terms of late-night, did your approach to stand-up change at all during, or because of your time on TV?

Well, The Tonight Show was different from stand-up. You would approach it like a newspaper, where you start with the story of the day, then you work way through different sections like sports, entertainment, and pop culture or whatever it might, and you try to keep it fairly tight with a nine- to 12-minute monologue. Also, a lot of the time, jokes that worked with The Tonight Show didn’t work on a live crowd, because something just happened. I’ve found that, in the ‘real world,’ once you go below Secretary of State, nobody has idea who you’re talking about. You can do 20 minutes on Mitch McConnell, but it’s different than if they just saw Mitch McConnell on the 11 o’clock news, and I make a joke about it at 11:30, then it makes more sense because there’s a tie-in there. They’re really two completely different animals.

I like stand-up because you can tell a story and take your time. When you do The Tonight Show, you’re just trying to get the joke out as quickly and concisely as possible and move on to the next one.

So, I guess with sort of a follow-up to that, you’ve had this massively successful career that has spanned so many years, and you’ve accomplished so much so far. But do you still feel that same sort of creative hunger you felt when you started?

I feel it more so now, because I’m competing. What it is, is that you don’t want to be the old guy. When you’re a young comedian, you look for the older guy and decide that he’s outdated or whatever, so you want to stay fairly relevant. I remember once when I was on stage, somebody had said they bought a house, and I responded with ‘how small of a house? Like the size of a Fotomat booth?’ and this guy had no idea. But I realized that I was using a reference from my youth, and this guy had no idea what a Fotomat booth was.

It’s good to go out on the road and try to stay relevant. You’re always competing with younger men and women, and it’s a bit like being an older athlete where you have to work a bit harder to maintain the same level. Musicians can take a year off the road, and come back better. Comedians can’t do that. You get better by repetition and constantly doing it all the time. The stage is not a normal place to be, so consequently, by doing it every day, it becomes more normal, or more second nature. If you don’t go on stage for a few weeks or a few months, you’re tripping over yourself.

That’s always good advice for someone who wants to go out and do stand-up, for sure. As someone who has done open mics in the past, your work and how you do things has been an influence on me, to be completely honest.

Well, thank you. I really appreciate that. You want to have a joke every six to nine seconds. I’m not one of those people who thinks ‘it was better in my day’ or any of that horse shit. When I go on The Tonight Show now, I don’t even sit down and talk. I just go out there, I do stand-up, and then I leave. Here’s Jay Leno. Here’s a bunch of jokes. Thank you and good night. I’ve never been narcissistic enough to think that people want to see me. I always feel like they want to see the product I produce.

I always hate seeing performers going out and saying things like ‘I would like to talk seriously about the current political situation.’ Fuck that. I came here for the jokes, and that’s hopefully why people come to see me, as well.

I have one final question for you before we go. Above everything else, what are you looking forward to most about coming back home this weekend?

I’m looking forward to driving around the old neighborhood. It’s very nostalgic for me. Growing up in Massachusetts was great, because in that state, I was the laziest person anyone knew, but in California, I’m the hardest working person anybody knows. It’s just that different attitude. When I go back to my old high school — I mean, not so much anymore because I’m old — but up until about 15 or 20 years ago, the same teachers I had were still teaching. In California, everyone knows that teachers are only really teaching for three years before they sell their screenplay or something. I was lucky enough to have teachers who were career teachers.

When I invited my old history teacher onto The Tonight Show, he had the same suit on from when I was in high school. I like that level. I like that when I come back to New England, nothing has changed all that much. My old high school is still there, my old junior high too. My wife grew up in Los Angeles, and not only is her school not there anymore, the hill it was on is gone. It’s been leveled and turned into some sort of shopping mall. You can’t even tell what used to be there. I like New England because there’s consistency. I can still go down to the Shawsheen River, and rent kayaks, or Pomps pond, where we used to go swimming, or even the McDonald’s I used to work at. It’s all still there. It just hasn’t changed a whole lot, and that’s kind of fun.