‘A Beautiful Day in the Neighborhood’ Review: So very special 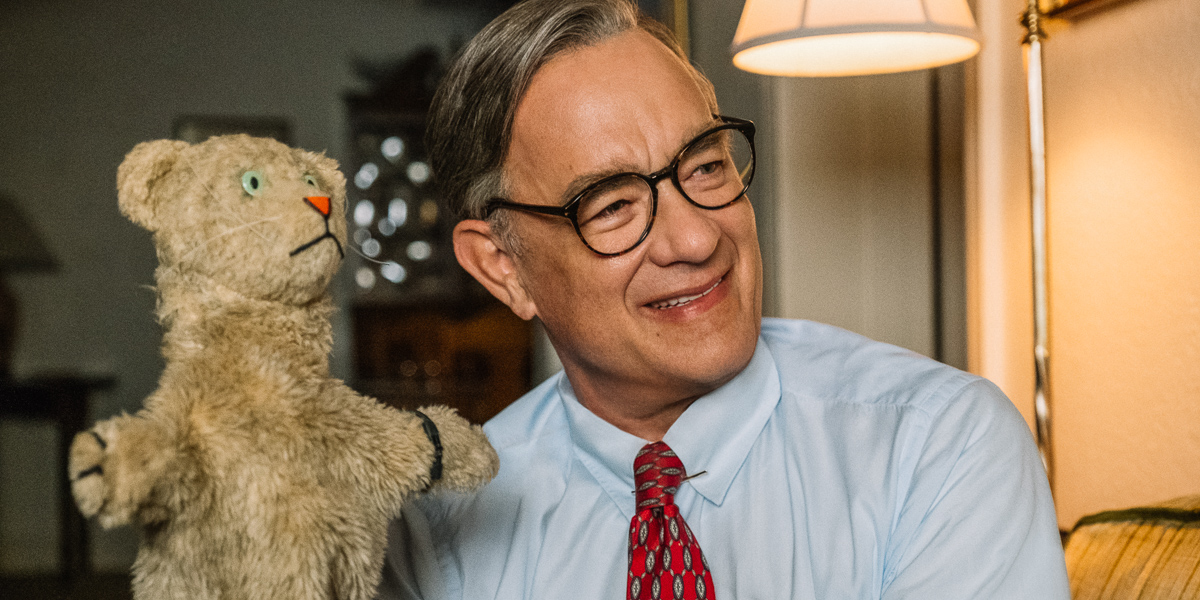 Before we begin, I promise I won’t use the phrase “a powerful message for our current times” or anything resembling it to describe A Beautiful Day in the Neighborhood, Marielle Heller’s very good new drama film about Mr. Rogers (Tom Hanks) helping to uplift the soul of a bitter journalist (Matthew Rhys). That particular horse has been beaten to death by the one-two punch of Won’t You Be My Neighbor, the solid documentary about Rogers’ life that was released last year, and the advanced word on this film, much of which has centered around Hanks’ efforts to shoulder the massive red sweater-covered burden of embodying a man that essentially personified goodness. What I will tell you is that A Beautiful Day in the Neighborhood is a sweet, sensitive film that’s a little formulaic but is incredibly directed by Heller, whose career remains an absolute treat to watch.

Lloyd Vogel (Rhys) is an investigative journalist who is regularly confronted with the absolute worst of humanity’s doing in the process of his work. He holds a healthy skepticism and cynicism about the world around him, much to the detriment of his home life, where his wife, Andrea (Susan Kelechi Watson) and newborn son rarely get a chance to see him very much because of how much he works. His editor (Sakina Jaffrey) at Esquire assigns him to write a 400-word piece about Rogers for an issue about “heroes,” and Lloyd balks at the idea of writing a puff piece about a children’s television show host. He should be exposing corruption or something, after all, and going to Pittsburgh to meet him is the very antithesis of the job he signed up to do. But the editor sends him anyways, and he soon winds up meeting Rogers on the set of his television program.

It’s there that Rogers starts to sense that something is off about Lloyd and his relationship with the other people in his life, something that’s fueling his anger and frustration with his life and that is causing him to lose hope. He tries to get Lloyd to open up, but a question about his estranged father (a swell and slimy Chris Cooper) nearly causes the journalist to spiral out of control. Regardless, he’s still pulled in by Rogers’ sweetness and patience, and eventually comes to respect him quite a bit as he works out some of the issues that he has with his father. Yes, it is one of those movies: you know the type very well — The End of the Tour being one big example I can think of recently, though there’s no beer-gutted Jason Segel around here to ham things up.

As much as I respect the decision not to do a simple biopic of Fred Rogers’ life and times, the framework here — disgruntled cynic confronts admired figure and is ultimately transformed by the experience — is so well-trod that Heller occasionally gets stuck in the mud. There’s just no escaping the pull of cliche in certain scenes and story beats, like when Rhys storms off to Pittsburgh after an upsetting moment with his dad, regardless of how strongly they’re made. Yet, Heller’s got enough style and sense to glide over so many pitfalls, and her rigorous skill as a dramatic, imaginative filmmaker makes things work more often than not. Her interesting choice to preserve aspects of the Neighborhood’s style (such as the hand-crafted models made for each city’s establishing shot), even when the “movie” portion takes over the film’s aesthetic, makes for an unexpected visual treat and evoke her similar work on The Diary of a Teenage Girl, another study of empathy about the figures in our lives during troubled times. Still, all of the less flashy things that she does wind up making a grand difference — her blocking and warm lighting especially — and transform the film for the better.

Hanks’s performance struggles a bit at times, especially when he’s required to simply mimic Rogers’ distinctive speaking patterns and singing voice in the confines of the television program itself, but once Heller gives him the chance to embody Rogers as a character, it’s as confident and sublime as his best work. There’s an incredibly powerful scene in a Chinese restaurant in the middle of the film, one which echoes an equally striking moment in Won’t You Be My Neighbor, that Hanks, thanks to Heller’s stellar direction, totally transforms into magic. The glowering and ever-frowning Rhys, on the other hand, is such an aloof and goofy sad-sack that, more often than not, it’s funny to watch him interact with Rogers. Even if it’s cliched, it’s such a swell contrast of extremes, perhaps thought-through more heavily than it might look at first glance, and it helps really sell the conclusions it comes to about the purpose of a man like Fred Rogers in each and every one of our lives: To teach us how to be kind and caring to others, and to respect our own emotions and vulnerabilities.

To that end, Heller has very much succeeded, and by the film’s finale, A Beautiful Day in the Neighborhood proves its essential value.