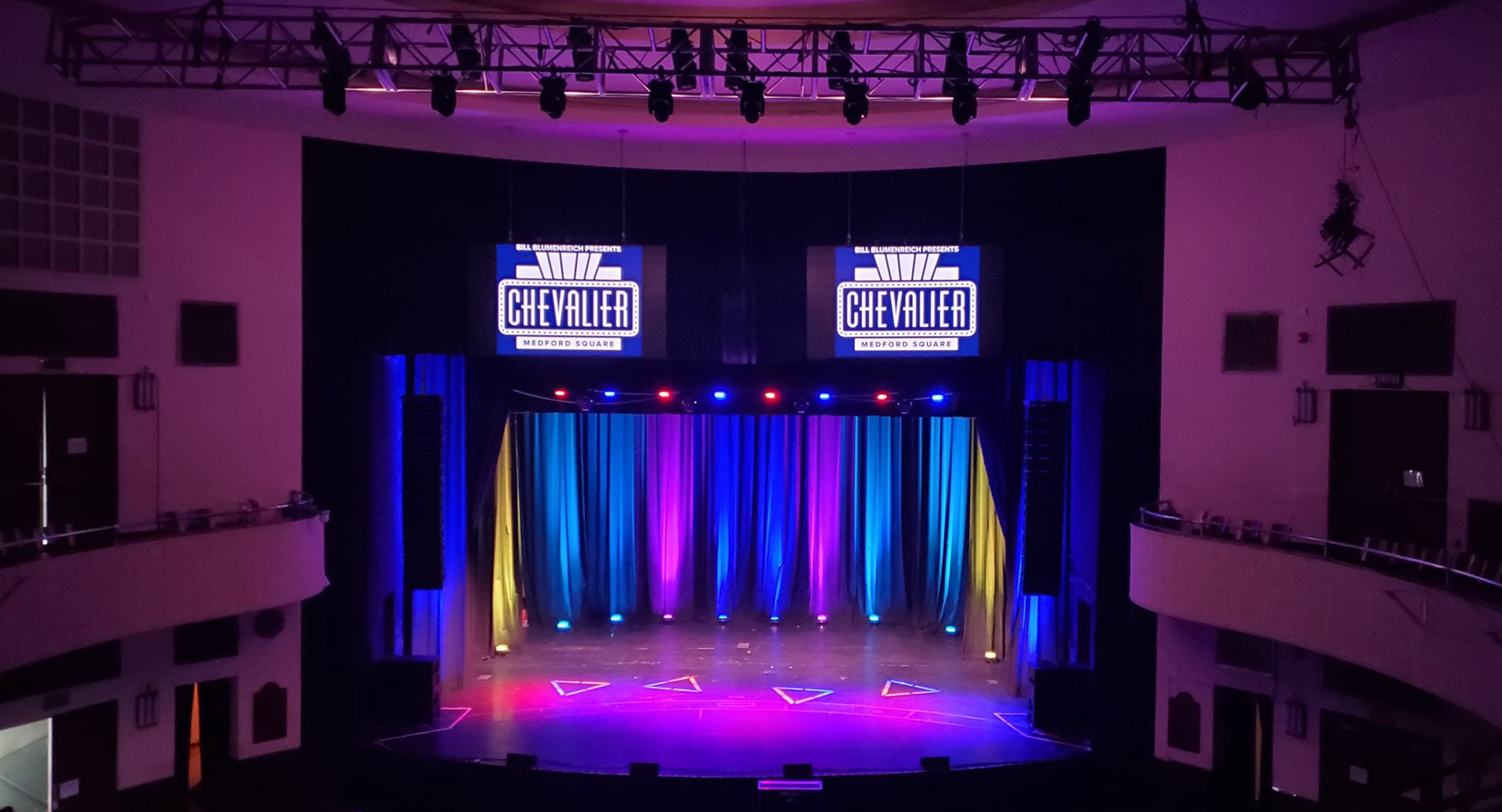 While Bill Blumenreich had always intended on expanding his reach as one of the top promoters of comedy and musical acts in the country, he never thought he’d be doing it so close to Boston. But as The Chevalier Theatre creeps up on its two-year anniversary, he’s sure he glad he did.

As the newest venue to be boosted by Blumenreich’s unwavering passion for bringing top-tier talent to the area, Medford’s Chevalier has housed some of the biggest names in entertainment since it opened its newly renovated doors on New Year’s Eve 2017 with a celebration featuring Gary Gulman. From Gabriel Iglesias and Patton Oswalt, to The Beach Boys and Joe Biden, the former Medford High School auditorium has not only transformed itself as a physical structure, but it’s also changed how Blumenreich looks at the ever-changing landscape of the promoting business.

“I started doing this 30 some odd years ago at comedy clubs, and then moved into music, but it’s not just comedy and music anymore,” Blumenreich tells Vanyaland. “We’ve got podcasts, YouTube acts, book signings, and public figures like Joe Biden and Neil DeGrasse Tyson. It’s all over the place. It’s not just comedy and music anymore, it’s about what the public wants, and what the public wants has changed drastically over the years.”

From the get-go, Blumenreich knew The Chevalier would do well, but if he’s being completely honest, he’s quick to admit that after doing nearly 100 shows in its first year, and a comparable amount in 2019, the space is doing even better than he had anticipated. Better yet, given the theatre’s quickly cemented reputation for bringing in some of the biggest names in the game, he only sees it getting better from here — and it may be due in part to not only the up-and-comers that make their way to town, but also Blumenreich’s scouting eye that can sense the talent from a mile away.

“We’re getting acts like Jay Leno, and anyone who knows Jay Leno will buy tickets,” says Blumenreich. “But what we’re also getting is the up-and-coming acts that the hotter venues in the area don’t get, because we see them coming a year or two ahead of everyone else.”

When Blumenreich was proposed with the idea of bringing talent to The Chevalier, which is owned by the City of Medford, he was also considering bringing his “Presents” business down south to put his name on an amphitheater in Pompano Beach, Florida. But the Chevalier, as it turns out, has a larger seating capacity than one of his other venues, The Wilbur, which allows for big names like Trevor Noah, who has the ability to sell out TD Garden, to do a number of shows over the course of a few days, and sell just as many tickets.

If Blumenreich is being totally honest, he wasn’t too crazy about setting up shop only seven miles away from The Wilbur, larger capacity or not, since he felt the move would split audiences. Come to find out, the apprehension of both city folk and suburbanites in terms of crossing the bridge to go see a show actually played to his advantage, and has allowed him to give fans the best of both worlds, and so far, it’s worked out for everyone involved.

“What I’m shocked to have learned is that most of the people in the suburbs who go to The Chevalier would never cross the bridge into Boston, and most of the people in Boston wouldn’t cross the bridge into the suburbs,” says Blumenreich. “So, with a lot of the acts we’re bringing in, we’re doing something like one or two dates in Medford, and then the next day at The Wilbur. In this instance, one plus one equals three, because we’re capturing a market that we wouldn’t be able to any other way.”