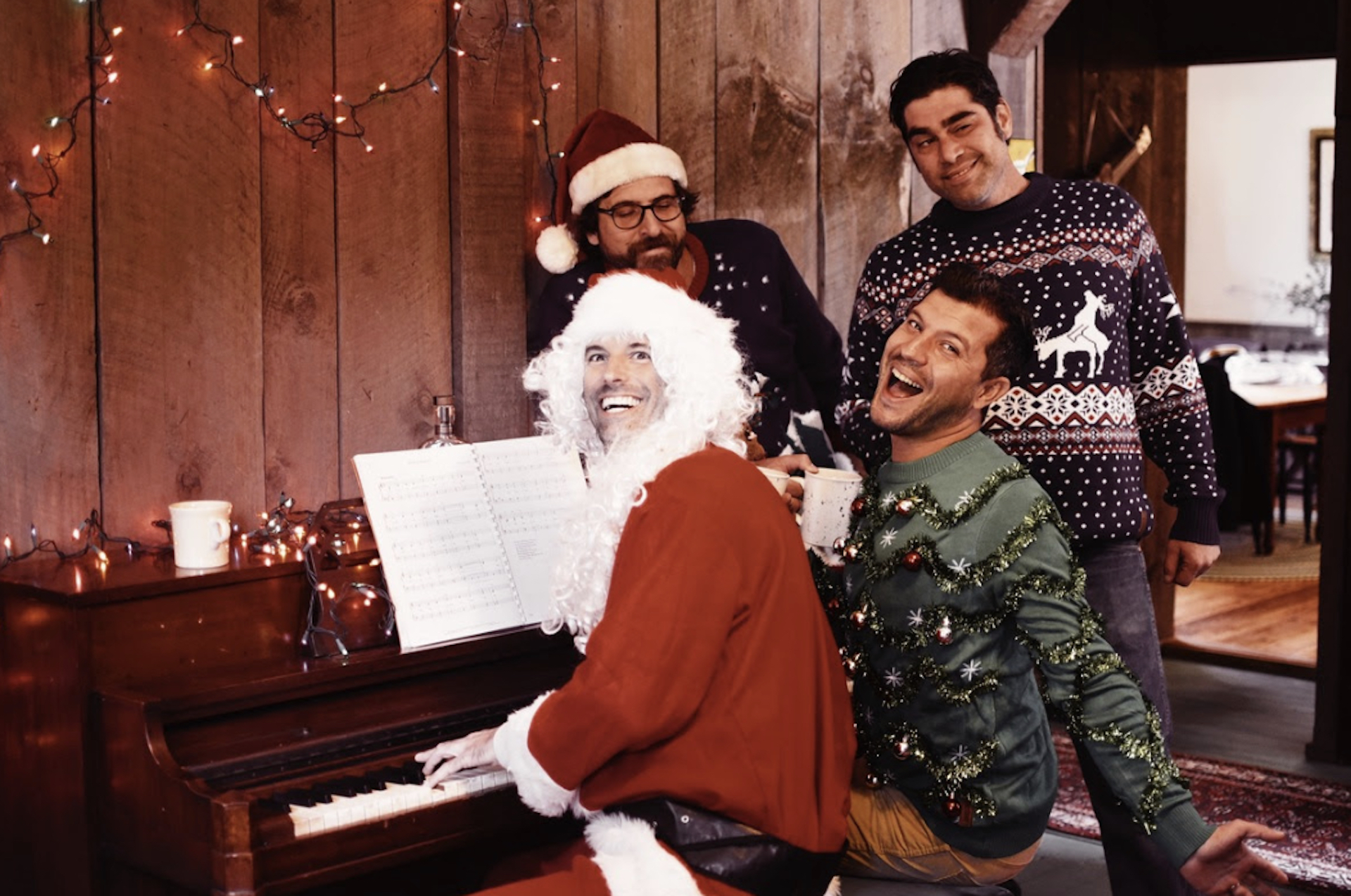 If someone had told the crowd gathered to see Piebald at Boston Calling 2017 that the band would be releasing new music in the coming years – their first new material since 2007 — a riot might have broken out.

Now, two years after their set at the Harvard Athletic Complex in Allston, the Boston emo band has announced that they have new music dropping this Friday (November 15) in the form of an all-original Christmas EP.

The group’s new release Piebald Presents To You, A Musical Christmas Adventure drops later this week via Photo Finish Records, featuring three original holiday tunes from the group: “(All I Want For Christmas) Is To Rage With My Friends,” “The Rebellion Of Winter,” and “Do Good Stuff.” Piebald shared the first track today (November 12) via a new lyric video, which you can view below.

The new EP comes just in time for the band’s two sold-out shows at Great Scott on December 18 and 21.

“This whole sonic and photographic project escalated quickly, but it started from knowing that Christmas shows are happening again this coming winter season,” the band shares in a press release. “We are hoping to make the most of those few shows and we thought making or covering a Christmas song or two would be a fun idea. As it turns out, we’re much more about making than we are about covering.”

Piebald add: “Maybe you’re thinking, ‘This is weird of Piebald, who haven’t made new music since 2007, to musically rebirth themselves with a 3-song holiday release.’ Well, our response to you is this: ‘You’re not wrong. However, we have never really done anything the right or proper way. Weirdly, it’s just how we do things at camp Piebald.’”

Check out “(All I Want For Christmas) Is To Rage With My Friends” below.