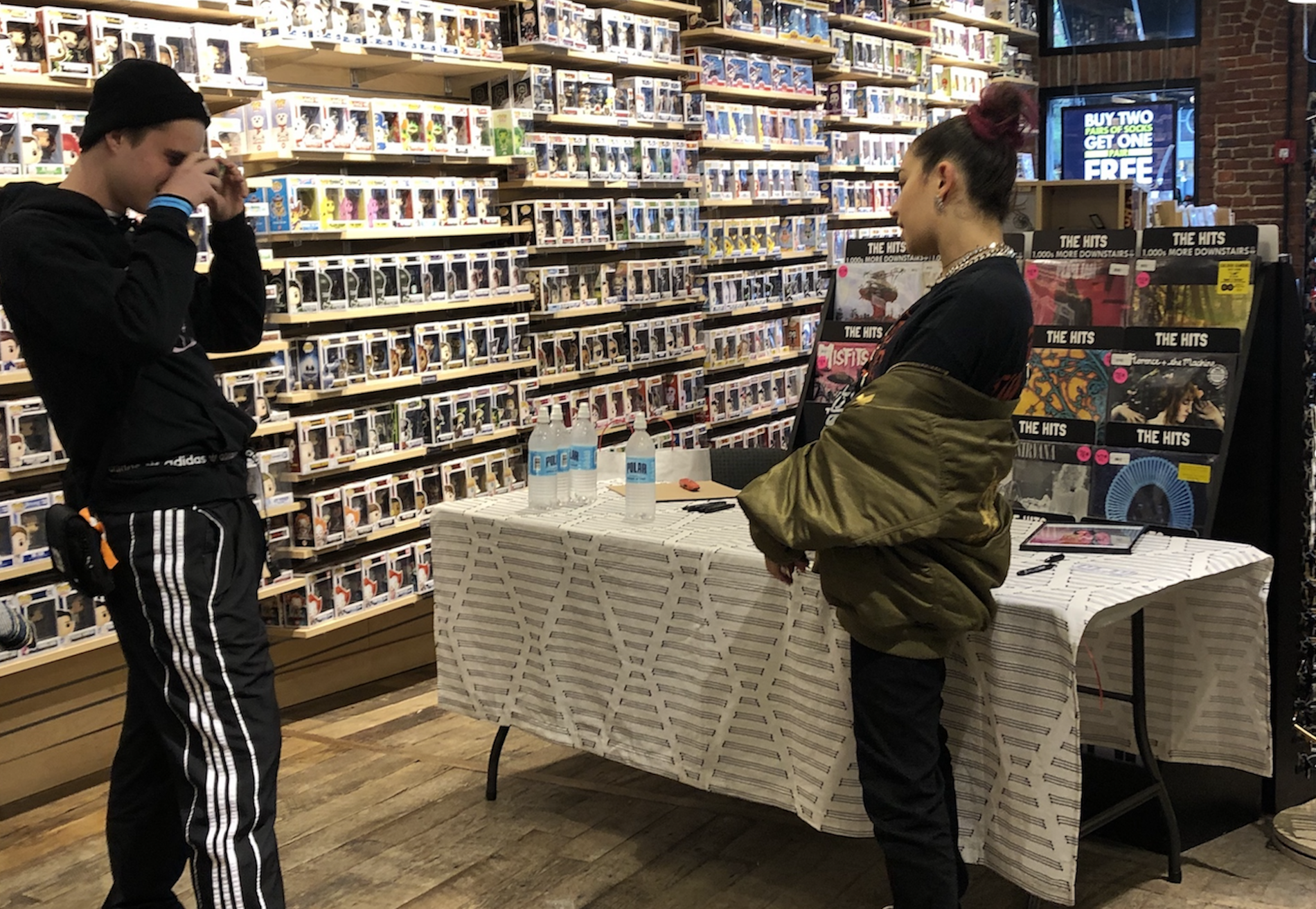 Charli XCX has pioneered many an epic collab since her career’s beginning,  but today (October 17), she made one of her best “duos” to date when she linked up with Newbury Comics.

Stopping by the Newbury Street locale of the New England-based record shop before her show tonight at the House of Blues, Charli signed copies of her new album (named, er, Charli) for 30 fans who had ordered special clear wax copies yesterday on the Newbs website.

Newbury Comics closed the store from 1:45 to 3 p.m. for the signing and handed out wristbands to the lucky 30 fans, who each waited in line for an autograph and picture opp with the alt-pop superstar.

Hugs and selfies were shared quickly, while Miss XCX personalized each record, accepted fan art, and posed with pink-clad angels. Check out the pics below.