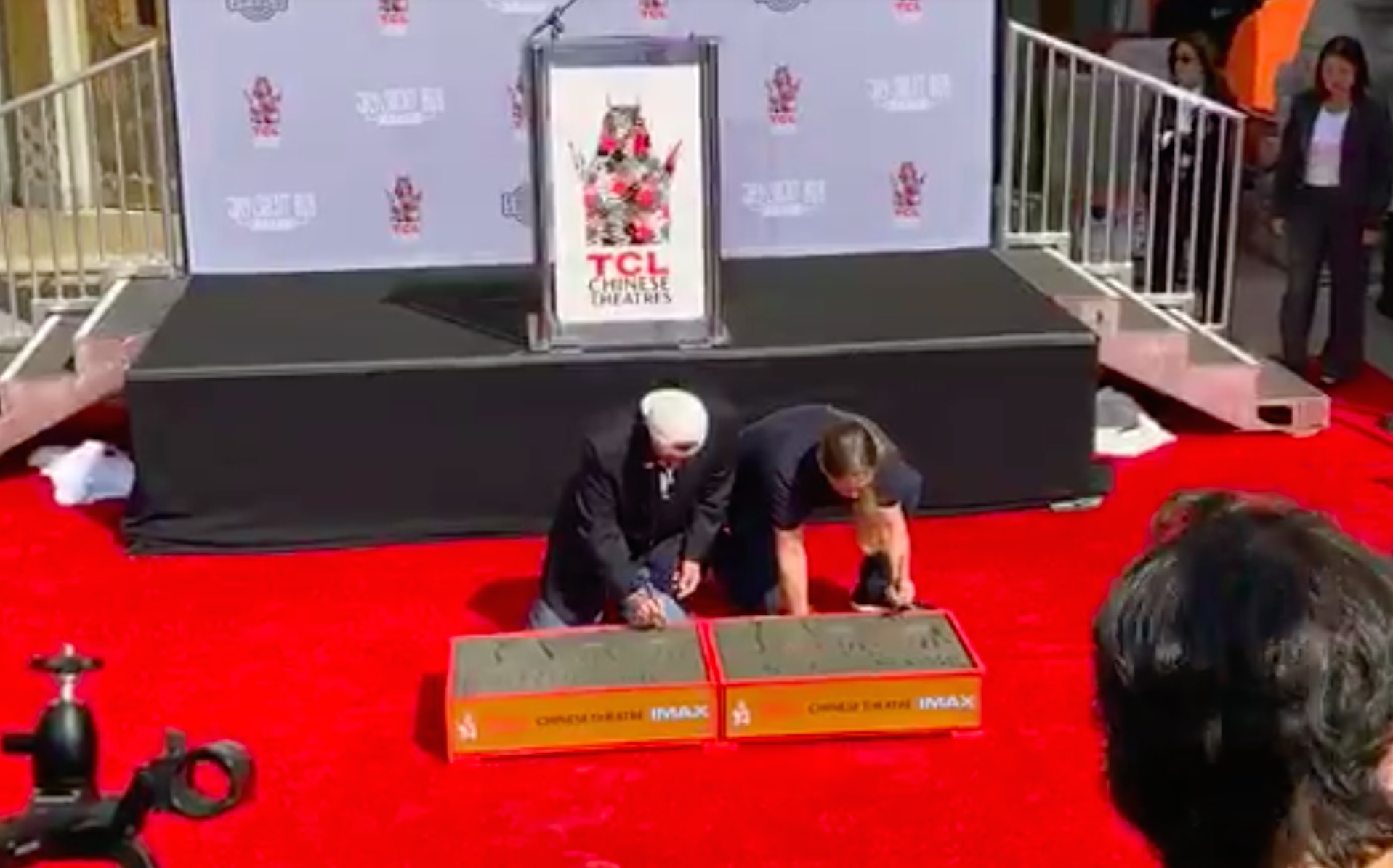 Over the last 25 years, Kevin Smith and Jason Mewes have left an imprint on cinematic history time and time again. On Monday (October 14), on the eve of their latest project, Jay and Silent Bob Reboot, they took that imprint to a whole new, and literal, level.

Following an introduction by one of their oldest friends and Cambridge transplant Ben Affleck, the cult comedy icons took center stage in front of TCL Chinese Theater in Hollywood to add their handprints to the Hollywood Walk of Fame.

Before Jay and his “hetero life-mate,” Silent Bob, took a knee to put their names in stone, the New Jersey natives took to the podium, with Smith accompanied by a container filled with his late father’s ashes, to share some of his thoughts on the significance of the moment.

“This is the first time in 40 years that my family is together in this courtyard, and I couldn’t think of a better reason why.”

Watch the festivities below.