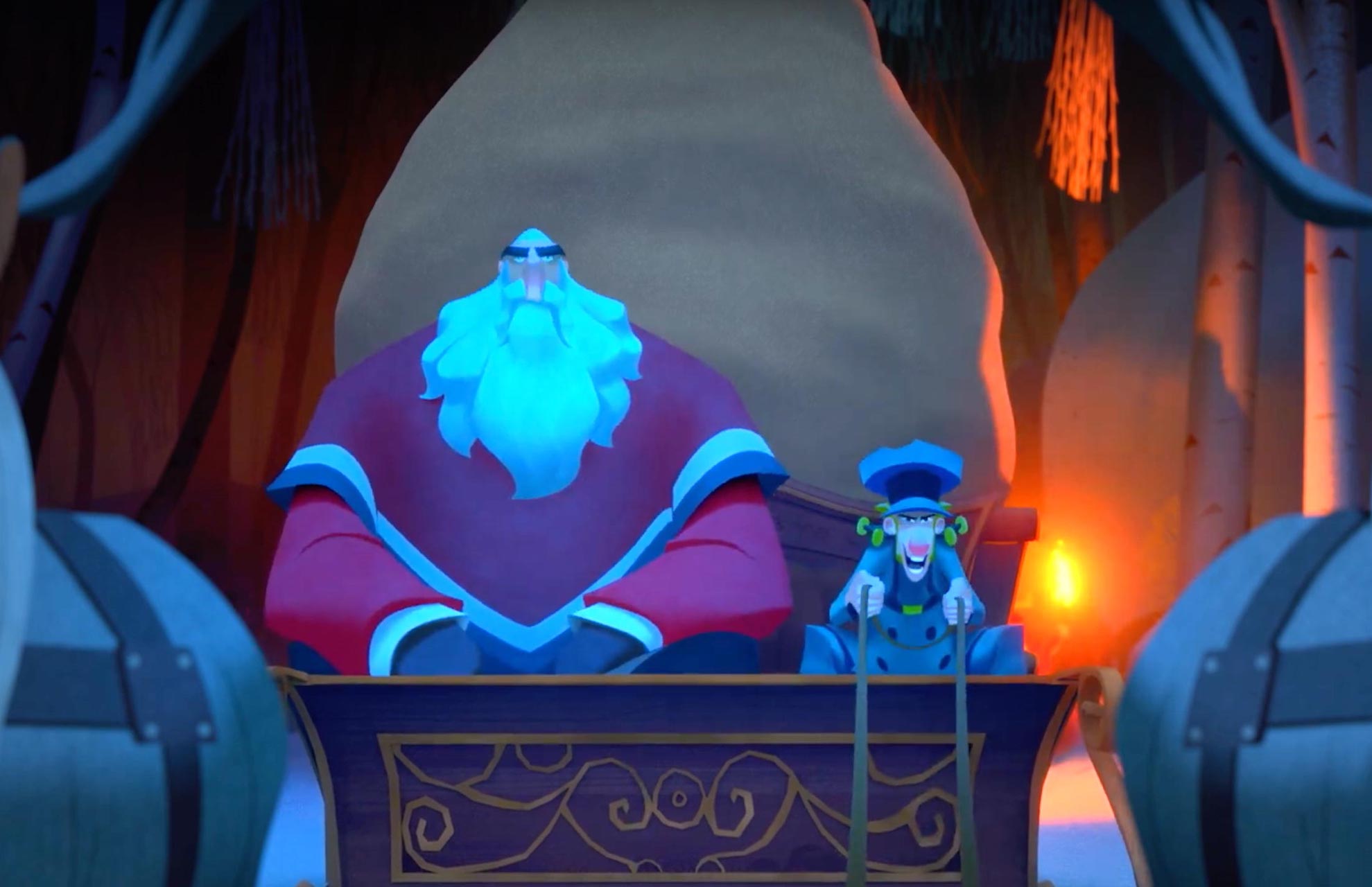 There’s been a kind of fun trend that, despite some obscurity, has manifesting itself across all forms of media over the past decade. That is, of course, the Genre Santa Claus Work, where a number of creators, hopped up on a sense of world mythology and post-ironic distance, have crafted works of pulpy art about ol’ Saint Nick. Nowhere is that clearer than in the comic book world, where Grant Morrison and artist Dan Mora have put out Klaus, a superhero-like reimagining of the Jolly One that, after an initial miniseries, has become a yearly staple of comic-shop Christmastime. On the film side, we’ve had horror flicks like Krampus and Rare Exports; team-up kids’ movies like Rise of the Guardians (which is a solid movie!) and well-meaning throwback holiday films like The Christmas Chronicles, which apparently a whole lot of people watched.

Now, Netflix has a new take on the Santa mythos for the whole family: Klaus (no relation to the Morrison book, sadly, but admittedly, they are drawing from the same material), from one of the men who brought you the Minions. And, despite that pedigree, it looks kinda fun! The streaming service dropped a trailer for the project, and, much like CVS putting out their Christmas decorations the day before Halloween, it’s here to get you in the Holiday Spirit months in advance.

“When Jesper (Jason Schwartzman) distinguishes himself as the postal academy’s worst student, he is stationed on a frozen island above the Arctic Circle, where the feuding locals hardly exchange words let alone letters. Jesper is about to give up when he finds an ally in local teacher Alva (Rashida Jones), and discovers Klaus (J.K. Simmons), a mysterious carpenter who lives alone in a cabin full of handmade toys. These unlikely friendships return laughter to Smeerensburg, forging a new legacy of generous neighbors, magical lore and stockings hung by the chimney with care. An animated holiday comedy directed by ‘Despicable Me’ co-creator Sergio Pablos, ‘Klaus’ co-stars Joan Cusack, Will Sasso and Norm Macdonald.”

Klaus hits Netflix on November 15. Here’s to hoping the streaming giant snaps up the rights to Santa Claus: The Movie as well, so that kids these days can know just how good they have it.