Black Beach paint the bleakness of everyday life with ‘Shampoo’ 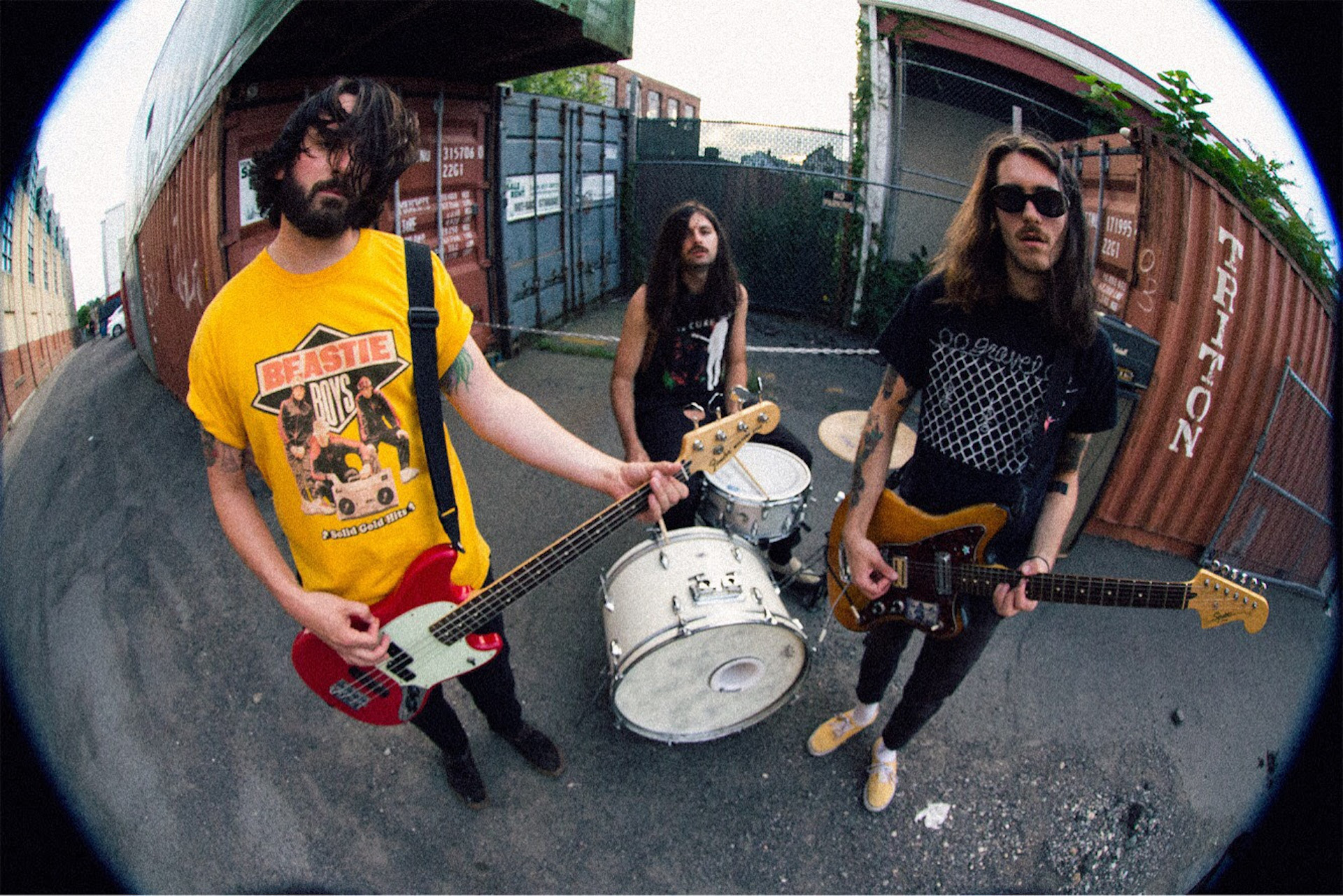 We’d like to let the record show that Black Beach have really tried to get their lives on track. Early to rise, early to bed, and eating “kale instead of fries,” the Boston band’s new song and video “Shampoo” presents an ode to floundering through everyday life, even when you’re deliberately making all the supposedly healthy choices. With “Shampoo,” Black Beach bring a new sense of responsibility to punk music – and as they quickly learn, it fucking sucks.

“So why do I feel so wrong / When I’ve been living so right?” asks vocalist and guitarist Steven Instasi, quickly matching the emotionally dragging pace of their forthcoming album Tapeworm, due out October 11.

“Originally the video idea for ‘Shampoo’ was to just basically have me follow the actions of the song,” Instasi tells Vanyaland. “After telling [director Andrew] Gibson about it and having him listen to the song, he came up with the idea to present all the actions in kind of a gross way, like all the positive actions I talk about in the song have a negative outcome. Plus, he and I had just recently watched Gummo together, so we talked a lot about adding that whole trash aesthetic to our video.”

Live through an impressively bleak day with Black Beach in the video for “Shampoo” below, and catch the band with Banana and Shepherdess at Hong Kong in Cambridge on October 16.