Live Review: At Royale, Cat Power is off on her own trip 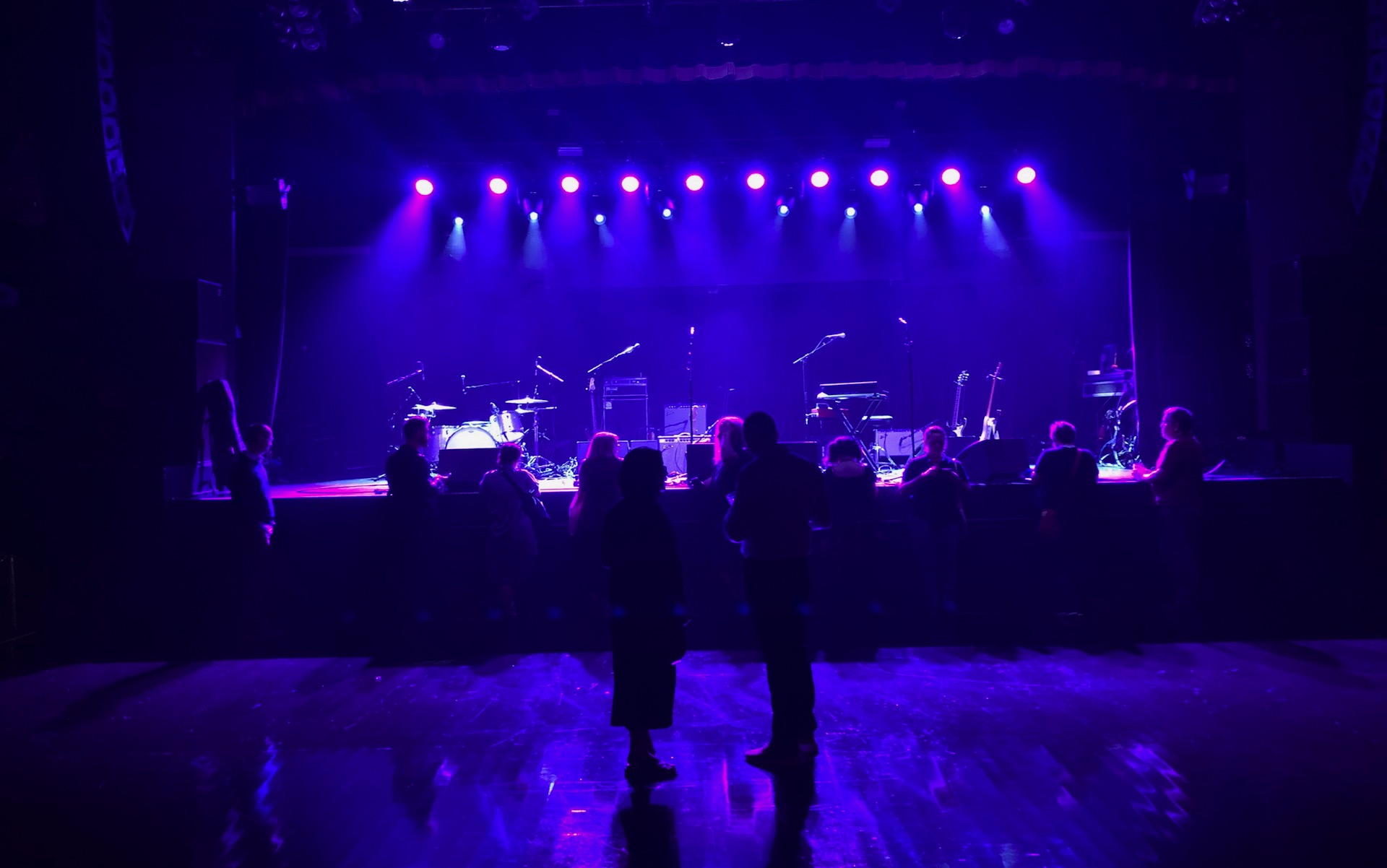 Editor’s Note: Professional photography was prohibited at Cat Power’s Tuesday night appearance at Royale; pictured above is the scene before the show just after doors opened.

In a beyond-crowded field of singer-songwriters, Chan Marshall, better known as Cat Power, has always managed to stand out. Her albums have explored jittery indie rock, mournful piano balladry, languid soul, and transcendence-seeking electronica, yet they are all unmistakably Cat Power records, anchored as they are by Marshall’s singular voice and deeply moving songwriting. That restless creative spirit was certainly on display during her Tuesday night (September 24) show at Boston’s Royale, as she defied audience expectations with a fascinating, unconventional performance.

Opening the show was Arsun, the young, pretty son of a renowned New York fashion photographer. Laconically strumming an acoustic guitar and accompanied by an electric guitarist and bassist (but, tellingly, no drummer), he sang cool, mellow songs of mild dejection. It’s not hard to guess what Cat Power heard in Arsun, as the two artists share an affinity for vintage sounds; even if he hadn’t introduced a cover of The Velvet Underground’s “New Age” by remarking “we like that band a lot,” the influence of Lou Reed’s more tender-hearted material would have been obvious. Though he’s only released four songs as of this date, he played several unreleased tunes whose easy way with melody hinted at the potential he could fulfill if he’s willing to step outside his retro-chic comfort zone.

Marshall soon strode onstage as her three-piece band played the delicate, mysterious intro to “He Turns Down,” a lit stick of incense in hand. Smoke curled upward as she stood at the microphone and sang, her face completely obscured in darkness; it was just about the coolest possible way to start a show. Without a word, she segued into Nick Cave’s “Into My Arms,” the first of many covers she sang this evening, and began to pace around the stage. The supporting players, whose sensitive, steady accompaniment often recalled the Memphis soul stylings of Cat Power’s 2006 album The Greatest, gave Marshall plenty of room to stretch vocally, and she took full advantage of that room, going on some impressive but controlled runs at climactic moments. Even more daring were the songs where she held two microphones, switching between them and then singing into both simultaneously to produce a disorienting echo almost Bon Iver-like in its vocal mutation.

A turning point came when Marshall sang the lyrics to Frank Ocean’s “Bad Religion” as the band played her own “In Your Face,” bending Ocean’s melody until it sounded like a Cat Power song, unrecognizable if not for the words. She did something similar with “Metal Heart”; a standout from her dark-night-of-the-soul masterpiece Moon Pix, she had already revamped it as a show-stopping torch song on her covers album Jukebox, and the jazzy vocal vamping of this version took the song even further from its heartbreakingly simple origins. By the time she gave the same hookless treatment to Lana Del Rey’s “White Mustang,” the lines dividing one song from another seemed to have become hopelessly blurred.

The second half of the set was not without its moments of beauty and elation. Marshall originally recorded “Great Waves” with Dirty Three, the Australian instrumental group whose members backed her on Moon Pix, and her current musicians did justice to that band’s layered, gently devastating melancholy. “Manhattan” was the evening’s sole Sun cut, and it was a blast watching Marshall get into some Patti Smith-style talk-singing over its driving, electronic beat. Meanwhile, “Hate” (which she has taken to writing as “Unhate” on setlists) received the most satisfying transformation, the original’s hushed skeleton fleshed out with a fierce rock arrangement and bluesy guitar interjections.

The night ended with one last covers medley, featuring a verse from “Oh! Sweet Nuthin’” (not just the second Velvets cover of the night, but the second one from Loaded) and a refrain from the folk standard “He Was a Friend of Mine.” After the band left, Marshall did something I’m not sure I’ve ever seen a singer do before: Stick around and talk to the crowd for a bit. In a digressive but very sweet monologue, she urged us to call our friends and be there for each other, at one point saying, “I had a shaky evening, so… you’re not alone.”

Now, it would be understandable if that Cat Power show left some people confused; anyone hoping for straightforward renditions of Marshall’s most beloved songs would certainly be disappointed (as the venue lights went up, I overheard someone next to me remark “It would have been nice to have heard her play one full song”). But I don’t think anyone at Royale would have described her presence as “shaky.” On the contrary, Marshall carried herself with the confidence of an artist who knows what she’s doing, and who believes in her audience enough to challenge them a bit. Judging by the worshipful, awestruck gazes of the fans who’ve followed her through thick and thin, neither party’s faith in the other has been misplaced.