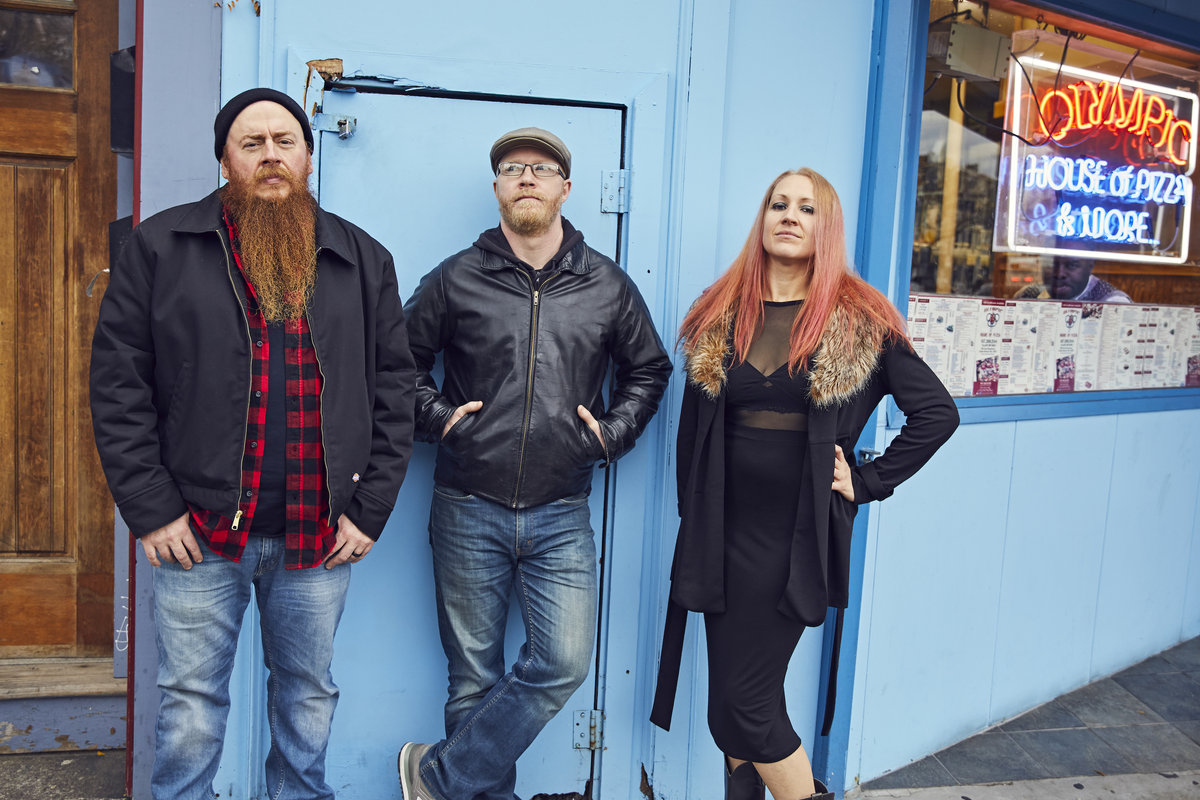 When Set Fire conquered the Rock and Roll Rumble earlier this year, it was a victory not just for the Boston hard rock trio, but all the bands each of its members had been a part of over the past several years. With musical DNA that extends back to the likes of Black Thai, Mellow Bravo, The Static Dynamic, Shatner, and Cocked N’ Loaded, Set Fire worked elements of all into their own smoldering cocktail, taking on the cozy, old-school confines of ONCE Ballroom and treating it like an arena gig. Their sound was massive, drawing on rock and metal both traditional and modern, and their victory assertive.

Fast forward a little more than four months later, and we’re seeing the searing fruits of their heavy labor. Today’s release of new EP Traya, as well as their show Friday night at Great Scott, marks a continuation of their ascent to the peaks of our city’s heavy music scene, a journey that began long before the Rumble came calling. And these songs, with a strange ability to pummel and caress at the same time, are a prime example.

“We finished Traya in January of this year, and were thinking of releasing it earlier, but given our busy spring, we ending up waiting,” guitarist/vocalist Jim Healy tells Vanyaland. “We recorded it with Benny Grotto at Mad Oak, and consider it our best work yet. Benny is amazing at knowing what we are trying to accomplish and getting the best out of us. I feel like Jess [Collins, keys/vocals] and I reached a different level of writing for Set Fire with these songs. I don’t think we could have written ‘Sacred Song’ a year ago, so we are really excited to get them out there.”

A 7-inch release awaits toward the end of the month, but in the meantime, hit play on Traya‘s digital form below, and experience a band with a veteran Boston rock pedigree evolve into its own beast entirely.