Interview: Macy Gray just wants to get her ‘now’ right 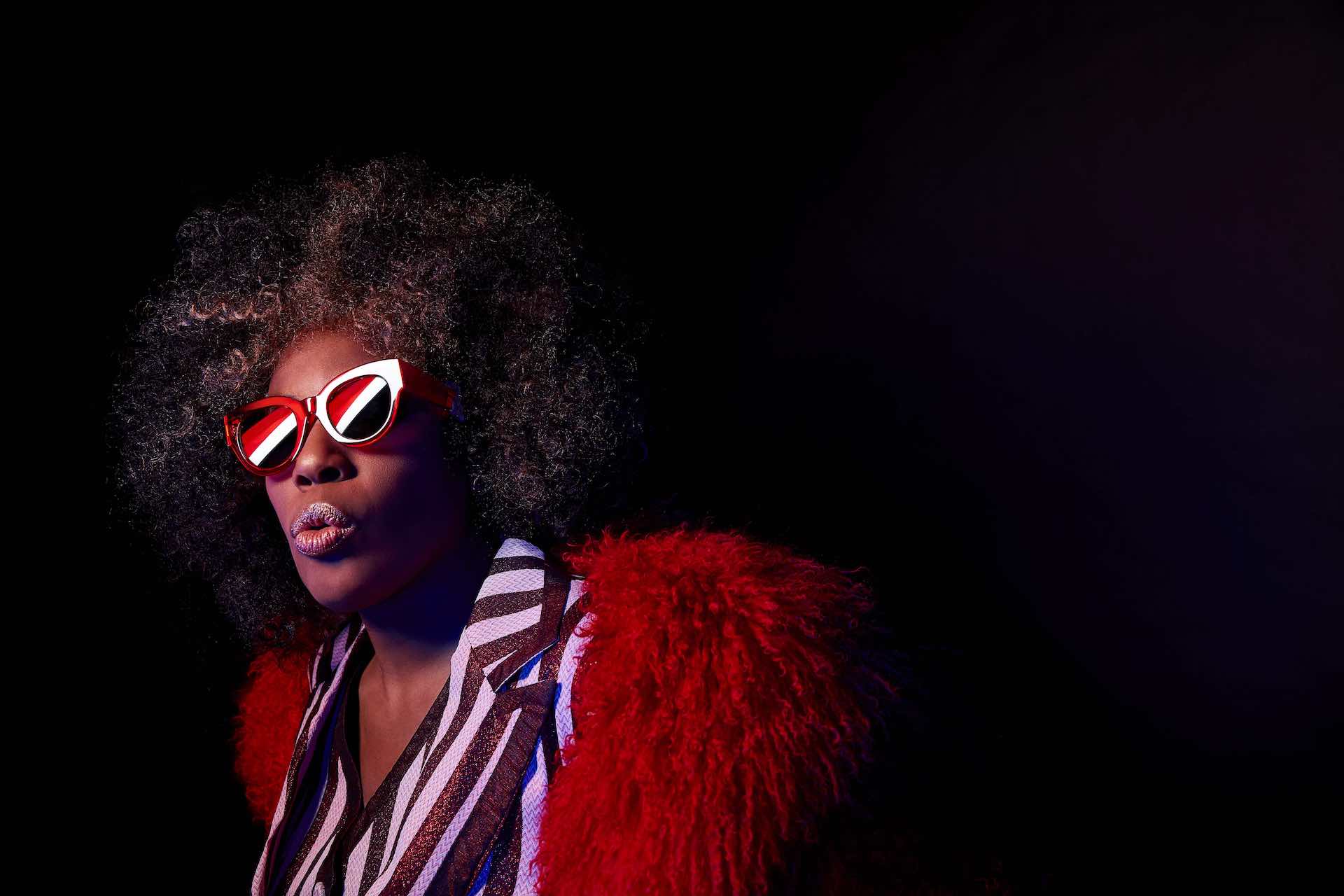 When Macy Gray calls Vanyaland, she’s hardly slept in two days. With a new music video, forthcoming b-sides and remixes for her 2018 record Ruby, and a CBD line on the way, it’s evident that 20 years after her debut album On How Life Is, the R&B icon is perhaps even more active than when her single “I Try” first wooed the airwaves in 1999.

Luckily, she has a good system for grounding herself — she just has to take a breath and get her “now” right. It’s a turn of phrase that Gray uses when explaining the message of her Gary Clark Jr. collab “Buddha,” the music video for which debuted yesterday (August 22).

“I definitely spent a lot of time on what wasn’t right in front of me, so I just think since I’ve gotten older, it kind of grew on me to be where I’m at, at this second,” she explains. “I don’t think about the past or the future as much as I used to. It’s the way you live, like focusing on getting this right.”

So far, she’s got a flawless track record that leads right up to today with the reflective bliss of her “Buddha” video. From talking politics in music, to plans for selling “straight-up, good, proper, amazing cannabis/weed,” read Vanyaland‘s full chat with Gray below, then catch her over three nights at Scullers Jazz Club in October.

Victoria Wasylak: “Buddha” is a great song for marking 20 years since your debut record. Can you tell me a little about where you were at mentally when you wrote that song?

Macy Gray: Well, [I sing] “I’m looking ahead / And I’m looking back / And I realize it’s where I’m at” — like people look back and look to the future, but what matters is where you’re at right now. It comes from a Buddha quote, “concentrate the mind on the present,” so that’s why we called it “Buddha,” but it’s just about getting your “now” right. That’s why life is so stressful, over the mistakes you made in the past, and the future is all about the things you don’t have yet. But people are always stressed out! So it’s just about “what about right now?” Maybe if you get your “now” right, your future will be better, you won’t be going crazy over your past. Do you know what I mean?

Is that something you’ve struggled with over the course of your career — worrying about the future and the past? I’m not a singer, but I know that’s something that bothers me. I wanted to know if over the past 20 years, if it’s ever bothered you.

I think it’s just stressful, I don’t know if it bothers [me], but you just get in the habit of going over the mistakes you’ve made, or things that weren’t a mistake, but they’re gone now. I definitely spent a lot of time on what wasn’t right in front of me, so I just think since I’ve gotten older, it kind of grew on me to be where I’m at, at this second. I don’t think about the past or the future as much as I used to. It’s the way you live, like focusing on getting this right. I’m just talking to you and I just want to get my interview right. I can’t worry about what’s happening later, that’s all.

You worked with Gary Clark Jr. on this song. I know you guys met at AFROPUNK. What was it like working with him?

Well, we did the 2019 thing. He recorded it in the studio where he lives, and then he emailed it. We didn’t actually go in the studio together. But, I sent it to him, and he got it back to me like, the next day! He was really excited about it, and then he sent another track, just in case we didn’t like that one. You could tell he really loved the song and he was really excited about it.

Ruby was your 10th album, and as I said before, it’s been 20 years since your debut record. On average, that’s you putting out one album every two years -how have you not burned out? That’s the ideal pace for a lot of people, one record every two years, but very few people can actually do that.

You had said that on Ruby, there’s some political commentary, but overall, it’s not a political record. You’ve also talked about the importance of using your voice when so many folks are listening, kind of like you did with your “Make Kanye Great Again” hat. When putting together an album, how do you find a good balance of putting in just enough commentary on what’s going on?

You noted that this album was therapeutic, actually. What do you think are the most healing parts about it for you, personally?

The great thing about making records is you learn a lot about yourself. You write things and you say things that you weren’t really conscious of, that you’re not thinking about every day, but they come out when you’re making your record. Sometimes you’ll write a song and say “wow, I can’t believe I actually really feel that way” [laughs], because you’re not really thinking about it [the topic] every day. When you’re discussing love and heartbreak and stuff, all that stuff comes back to you. So it’s cool — I think you learn a lot about yourself, and you get in touch with a lot of things. I think creative people are very lucky, because there’s so much stuck inside of everyone that you don’t deal with every day, or that you pushed under the rug, that you hide, and when you’re creative, you access it. If you’re really a writer or an artist or a singer, or whatever, you get to go pick it up and bring it out for yourself, you know what I mean?

Yeah! I hadn’t really thought about it, but yeah, I’m still figuring myself out. I think people who say “I know who I am” — I congratulate that, but there’s so much about yourself that’s coming up that you haven’t discovered yet and hasn’t happened [yet]. I don’t think people should completely define themselves, because there’s so much of you that’s not done and hasn’t happened to you yet. You don’t know how you’re going to act if you make it to the moon — you’re gonna find something out about yourself that day, it’s gonna bring out a whole other side of you. I believe in self-confidence, and honesty, and all that shit, but I don’t think you can ever really completely get to know yourself. So much happens, there’s just so much to do, and you find yourself with different challenges. You grow every day, so it never really finishes up, I think.

You had said you were going for a Nina Simone 2020 kind of mood and attitude on this new record. Can you take us into that mindset a little bit?

I met the producers of the album, Tommy Brown and Tommy Parker, because I did a guest [spot] on an Ariana Grande record, “Leave Me Lonely.” I went to the studio to record that, and they were like “why don’t you come in tomorrow and start working on some stuff?” I came back, and as soon as I walked in, Tommy Parker goes “so we were thinking Nina Simone 2020.” I was like “wow!,” I thought that was awesome, and it just kind of got the record started. I don’t think it is that, but it just kicked off the record, it kind of set a bar, set a mood and a tone. It made it easier to get started. It was a concept – just like a movie, you need the concept first.

Where would you say it went from there? That was your starting point, how would you describe where it ended up?

Ha! I should have seen that coming. You have two recent business ventures – Macy’s Braid Bar, and you’re also developing your own  line of CBD products. What can you tell us about both of those — where did those ideas come from?

The Braid Bar is an idea I actually had a long time ago. You know when you go by the blow-dry bars, where you go and get your hair blow dried? It’s kind of that concept but for braids, going in and getting your hair braided. It’s just for braids. It was kind of an idea stolen from the blow-dry bars. And then we did it at a festival, we did it at AFROPUNK. We had this crazy line, and people never stopped coming, we’d have to ask them to come three hours later because we were all booked up — it was crazy. So that led to opening a pop-up here in L.A., and we’re actually working on that at this moment. We’re going to do more pop-ups, and hopefully franchise it one day. I definitely didn’t invent anything, but our concept just has more of an edge to it because it’s a bar. It has a mood to it, it’s sexy.

And there’s the CBD line — what is the timeframe for that? Or do you have one yet?

No, we don’t. We were hoping to be out by Christmas, but it’s not looking like that’s gonna happen. Maybe we’ll have our first product out by Christmas. We’re actually doing a hair oil, we’re doing a lip gloss, and we’re doing just straight-up, good, proper, amazing cannabis/weed. We’re thinking about getting into hemp clothing — I’m not a big fan of hemp clothing, but it would make sense for the line. And then we want to do great healing products. You know, my mother has cancer and she takes CBD and it helps her incredibly, and a lot of masseuses do massages with CBD oil now because it’s really good for pain. It’s good for depression, they say — I don’t know proof of that one. It’s becoming like a One-A-Day vitamin, I think, for everybody. So we’re doing different products with that, but we’re also doing good ol’ weed too. I go to these dispensaries, and I see the marketing for weed, and it’s always directed at men. 60 percent of marijuana smokers in the USA are women. We had faith then, because we had cannabis and CBD products for women.

Last question: I was interested to learn that you had once said that you used to not speak because your voice sounded different. And here you are, 20 years after your first record, still selling records, having sold millions of records. How did you get to this point where you didn’t feel bad about your voice anymore?

Well, sometimes I hear my voice and I just hate it. I don’t think I’ll ever get over that! I just got to a point where I’m just not as quiet or self-conscious about it as I used to be. Sometimes I sound like a four-year-old. I don’t want to sound like a four-year-old. I do love my records and how my voice sounds on records. But speaking — I’ll try to make it deeper, I’ll do all kinds of stuff on the phone to try to change my voice, but I still do the kind of stuff [I did] when I was little. I’m just not as self-conscious as I used to be. I’ll speak up now and say whatever I want, whereas before, I just wouldn’t say anything.