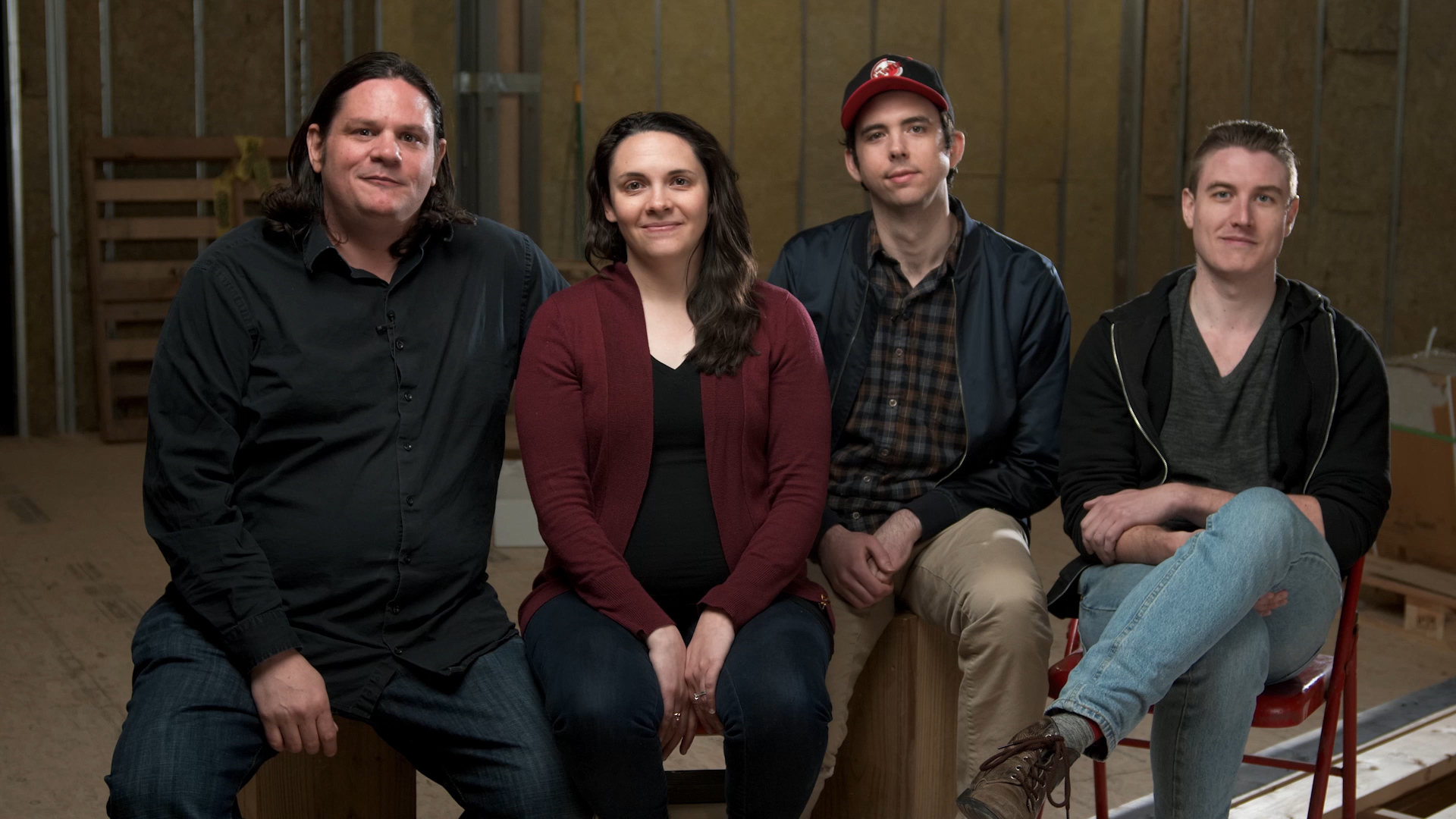 With their own Somerville theater in the works, the local improv group hopes to help fellow improv artists flourish

Union Comedy was created with the dream of having a space of their own to bring their brand of longform improv sketch comedy to a larger landscape where it could flourish. And now that dream is well on its way to becoming a reality.

The improv quintet has spent the better part of the last two years performing around the area, while calling ImprovBoston home. But even as they have nothing but appreciation for what the Cambridge comedy club has done for their careers, Ben Gibb stresses that it’s been the group’s vision since becoming “official” in 2017 to open a space of their own.

The group is deep in the planning stages to expand to their own theatre space at 434 McGrath Highway in Somerville, and they hope to open by year’s end. With the vision of offering a space for improv artists that specialize in the longform branch of the genre to hone their craft with more stage time than the average area comedy club offers, Gibb is excited about it, to say the least.

“We’ve been pursuing this physical theatre, and we’ve also been doing independent productions that showcase longform improv, and the kind of comedy that we like,” Gibb tells Vanyaland. “It’s been a pretty long road, but we feel like this is a really solid idea, and that it will hopefully be great for the comedy scene in and around Boston.”

With a kickstarter campaign more than 50 percent achieved, the group — comprised of Gibb, Sara Teague, Ben Scurria, Pat Kearnan and Andrew Barlow — has been met with an overwhelmingly supportive reception from the city of Somerville. With the city undergoing a significant renovation, with the Green Line expansion and commercial office spaces popping up more frequently, Gibb is glad that he can help the city keep at least a piece of the artistic flare it’s become known for.

“I think there’s a real desire to hold onto the artistic vibe that Somerville is known for, and I think we fill that desire a little bit,” says Gibb. “That was a big part of our pitch to city, and to our business partners coming in, and I think that was a definite help for us in getting this done.”

It’s been a trip for Gibb and Co. to see their dream realized, and the support they’ve received from the community and the comedy scene has made the experience even better. But above all that, the most rewarding part of this whole journey for Gibb is the excitement he’s encountered about the future of the theatre, and how people can’t wait to perform there.

“That’s the ultimate co-sign, because we want this community to feel like it reflects their creative interests, and that it’s a place they want to be,” says Gibb. “We’re even close with the people at ImprovBoston, and they’re psyched as hell for it, so people just know that this needs to happen.”