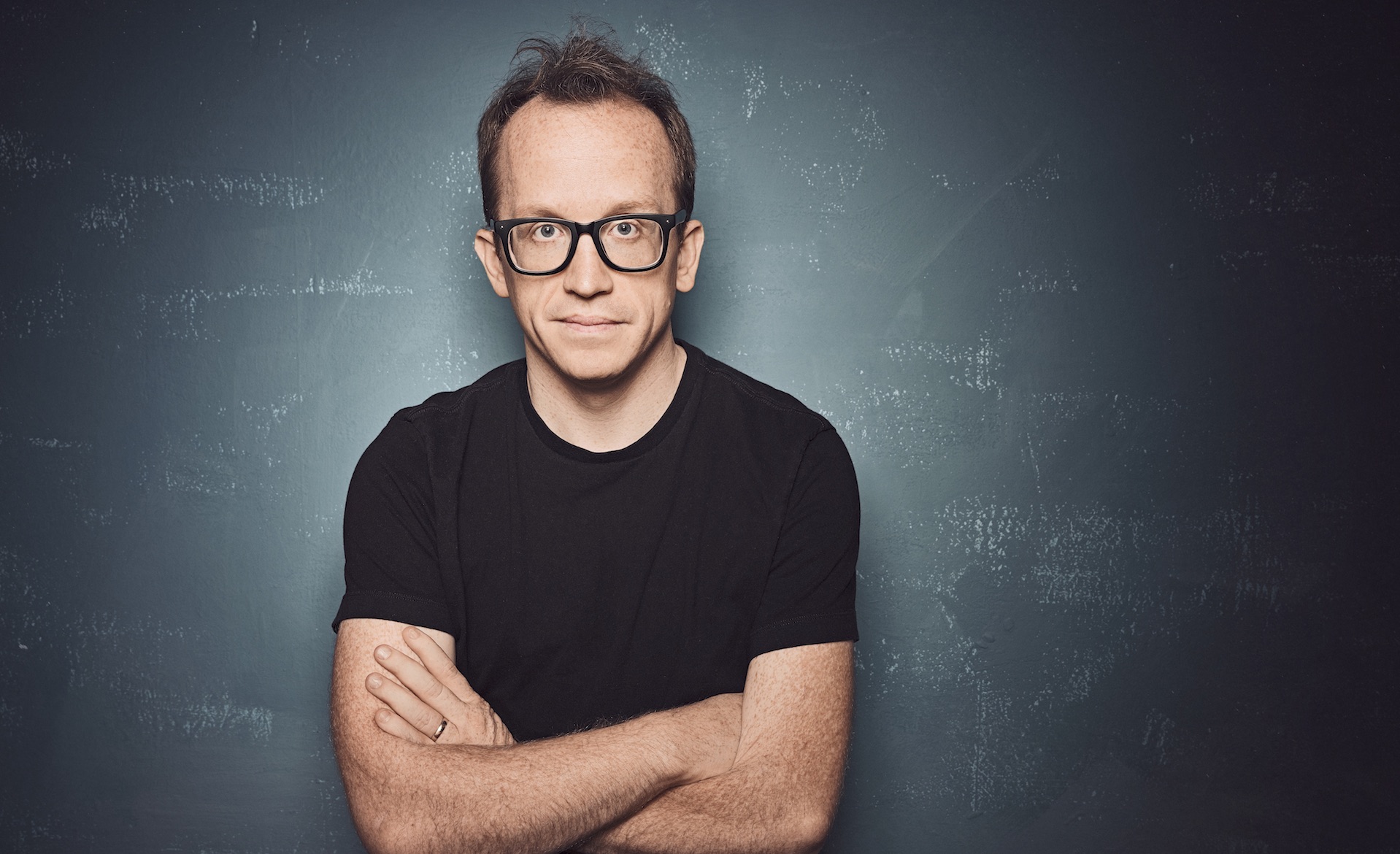 Chris Gethard has a brand new show out, and he’s excited about it for a whole lot of reasons… one of which being that he gets to return to his old stomping grounds to make it happen.

Chris Gethard Presents, the newest project from the New York-based comedian, which premiered on Wednesday (June 26), will have a focus on feeding the creative vision of working comics both in and outside of the city with the deliberate intent to help nurture and empower artists. Setting up shop at Manhattan Neighborhood Network (MNN, for short), Gethard is excited that he gets to return to what was a very special place for him in what he considers to be “the most creatively fruitful time” in his life with the mission of helping other comics get their art to the masses.

But while he’s genuinely excited about the show, he admits he initially had some hang-ups about going back to MNN, with the fear that it may seem like he was trying to live in the past.

“I want to make sure that I’m not just living in the past, and trying to relive my glory days,” Gethard tells Vanyaland. “But if we actually get this thing right, it will turn into a real resource for comedians, and a way for people who don’t live in the city to see comedy and how you empower those comedians, so I’m excited to see if we can pull it off.”

The new project comes in the wake of the cancellation of the Chris Gethard Show, which ran from 2009 to 2018, and found its first home at the Upright Citizens Brigade Theatre before moving on to MNN, Fusion, and ending it’s nearly decade-long run with its final season airing on TruTV.

Upon the cancellation, Gethard received a call from MNN, who expressed their gratitude for being able to be a part of the show’s success, and the idea was floated out for Gethard to return to the public access channel with a new idea. Gethard felt that the move to dip back into public access after climbing up the ranks of network television may seem disingenuous, but after taking some time to really think it through, he became excited about the possibilities.

“I was thinking about how everyone kind of watched me sell out, and how you can’t have it both ways,” says Gethard. “But the more I thought about the resource of public access, and how it’s so under-utilized, it just became a very exciting thought.”

Gethard isn’t bitter about how his time at TruTV ended, but when it came time to dig into the details of what he wanted his new show to represent, he saw all of the soul-sucking and energy-draining conversations he had with executives in order to keep his creative vision intact in the past as inspiration to make sure that this new project was to reflect who he is as an artist, and to help newer artists grow.

“[Those experiences] got me excited for the idea that I might be able to grow a venue where it’s me overseeing it, so I know that the goal is to actually empower the artist,” says Gethard. “It’s not about me leaving my fingerprints on it, or having corporate mandates, or overall network goals, and needing to fit you into a box. When I’m in Brooklyn, and I see some of these comedians up on stage, and they’re doing risky and inventive stuff, and I think about nobody is ever going to put this on TV, so I took a step back, and thought about how I could be the one to do that in a very real way.”

Gethard, along with his friends, have built an infrastructure of sorts. That infrastructure was in place for a significant amount of time, and he sees tradition it that, and he doesn’t want to see it die. So, instead of letting it go away, Gethard is using that infrastructure to empower new artists in a way that respects what he has done in the past, and shows potential for what he hopes can happen in the future.

“If I had to think of a metaphor, it almost feels to me like an old sci-fi movie where they find a dusty old spaceship in a cave, and they push the start button, and it actually turns on,” says Gethard. “I’m not trying to bring this back to the past, and I’m not trying to build something totally brand new. It’s a weird mix, but I’m just trying to remember that there was this machine that we built, and if the gears still run, and I can pass that on to other people, it would be a very meaningful thing to me.”

Chris Gethard Presents airs on Wednesdays at 11 p.m. on MNN, as well as chrisgeth.com/live. Past episodes will be available on YouTube after airing.