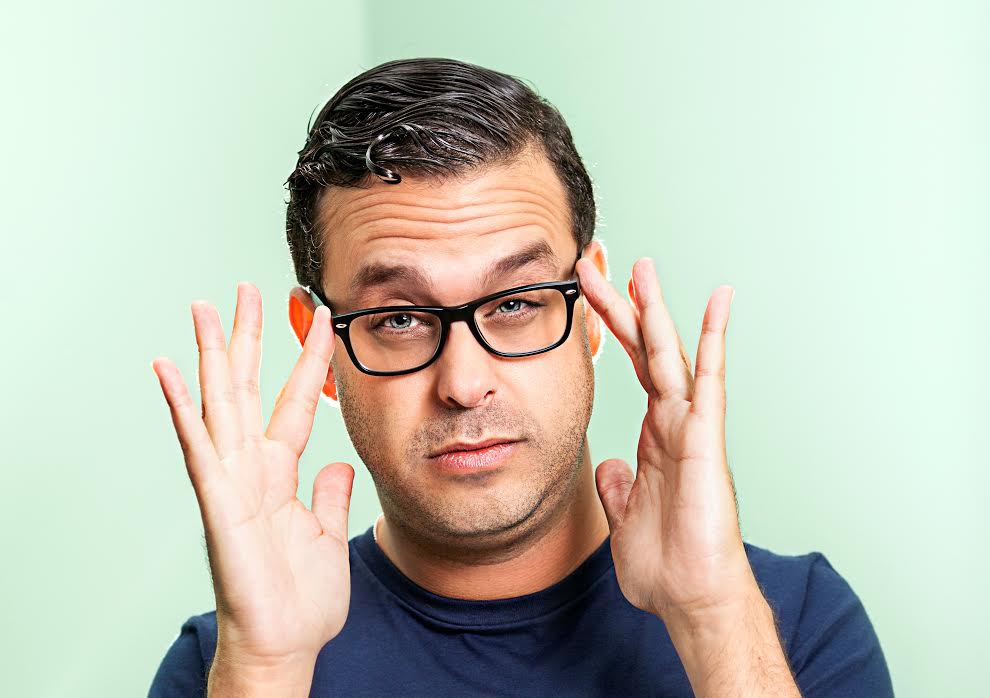 Joe DeRosa isn’t interested in delivering some sort of political stump speech when he’s up on stage — but he’s not going to hesitate to be brutally honest about stuff, either.

As an East Coast guy at heart, and a fan of the East Coast mentality, the Philly native admits he doesn’t make it to Boston as often as he would like, so he’s really looking forward to bringing his newest hour-in-progress to Laugh Boston this week for a string of four shows starting tonight (June 20).

Now unless you have SiriusXM radio, it’s been awhile since you’ve heard any new stand-up material from DeRosa. But he is more than certain that this new hour will be ready within the next year, and that will be released into the world.

His latest release, I Go To Atlanta All The Time — a very Sirius-centric record in nature to begin with, as the title alone is in reference to an on-air argument DeRosa engaged in with Pete Dominick last year — finds DeRosa just wanting to try out something new that ensured a more focused audience to stream his material to. Not to mention, there was no question as to what would be a better way to monetize his content than releasing the material exclusively to the subscription-based radio station.

“I don’t know whether anyone has done that before or not, with creating something just for Sirius to give to them, so that part of it excited me,” DeRosa tells Vanyaland. “I wanted to do something different, because it’s getting harder to release your stuff uniquely in this digital climate we live in, where your stuff just goes everywhere while you’re trying to find a way to reach a smaller, more focused audience.”

As made evident with his previous albums and specials, DeRosa has never never been one to shy away from sharing his thoughts about touchy subjects, or topics that some may find off limits in comedy — most recently seen in a series of Comedy Central shorts titled You Let Me Down — but following the personal and professional philosophies of his all-time comedy hero, George Carlin, DeRosa makes it a point to always bring it back to funny.

“Sometimes I have to let the perspectives and opinions sit for awhile so they aren’t fueled by emotion, because emotions can get in the way,” says DeRosa. “I’m not saying that’s a bad thing, because emotion can be great and it helps. A lot of [material] is born out of it, but if there’s too much emotion, it just becomes bitter and rageful, or angry and spiteful, and then it starts to lose focus at that point.”

He may be vocal about his beliefs, but DeRosa is not looking to change your mind. He finds it therapeutic to be able to share his thoughts on certain topics on stage, but make no mistake, his intention has always been, and will always be to make the audience laugh.

“This is stuff that’s sticks in my craw,” he adds, “I want to talk about it, and thankfully it’s relatable to people, but it’s never the intention to get them to think the way I do.”