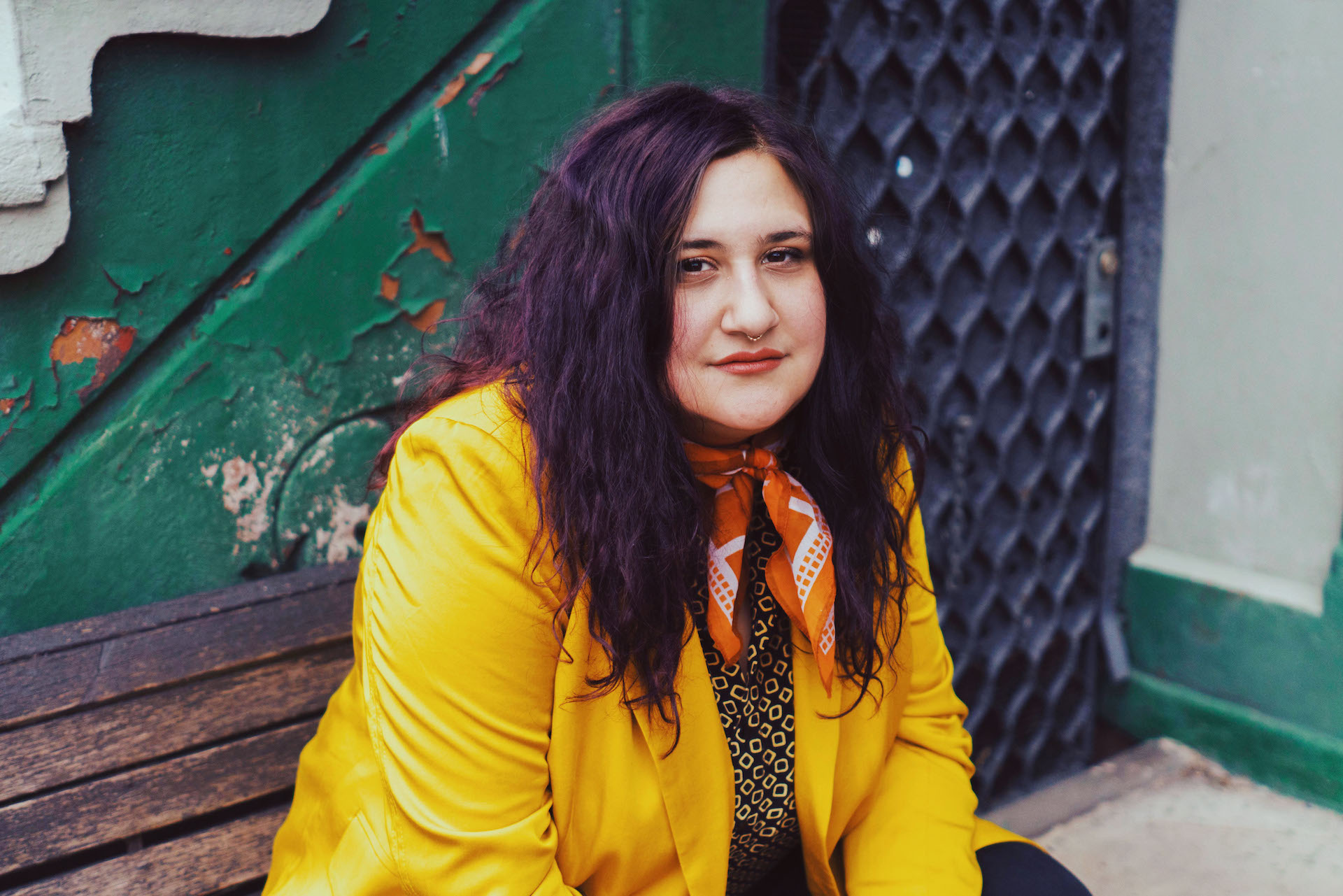 Call it a case of honest irony — Palehound‘s Ellen Kempner has built her songwriting notoriety on the exact thing she cites as one of her most notable “bad habits.”

“I have a bad habit of writing really vulnerable music,” she tells Vanyaland, reflecting on the often visceral nature of her lyricism. The tendency to share diary-level-details has always been there for Kempner, providing a subdued but exceptional spark to Palehound’s first two records, Dry Food and A Place I’ll Always Go.

With her newest album, Black Friday (out today, June 7 via Polyvinyl), that same spark upgrades to a confessional.

Warm water biting at your shins, squirming in outgrown shirts, footsteps slapping down the street: These sensations paint the newest chapter for Kempner and her Boston-based bandmates, each carrying their own sort of emotional heft – bittersweet, self-conscious, malicious, or otherwise.

Ahead of Black Friday‘s release, Kempner chatted with Vanyaland about the most emotionally exposed parts of her third LP, from the retribution of “Killer” to the softhearted sentiment of “Aaron,” and all the candid self-image talk in between.

Victoria Wasylak: What have the past two years been like since you released A Place I’ll Always Go? Most artists in Massachusetts are always dying to leave Boston for New York or L.A., so it interests me that you made the opposite move.

Ellen Kempner: Being a touring musician is wild, and it’s really hard for me to succinctly summarize a two year period. The first year was basically all touring and traveling, having some time in between to spend with my partner and cat/write music. It’s 0 to 100 and back to 0, either being energetically on all the time or off.

The second year was much calmer, I spent a lot of it at Studio 52 writing and demoing the album, and then in California and New York recording it/mixing in the studio. I’m glad I stuck around Boston for that time, I really do love it, however after spending a lot of time there I decided to move there [New York] in September. [The other two members of Palehound remain in Boston – Ed.]

Visually, there’s a lot of stylized yarn artwork in your videos and album artwork. Can you tell us a little bit about the artist behind that and what inspired this visual theme?

The album artwork idea came first, when I commissioned that mask from Gaudmother. I had been doing a lot of fiber arts (sewing/cross stitch etc.) so that’s kind of the world my mind was in. The thing that really set that theme in stone though was Robert Kolodny’s video for “Aaron,” he really ran with the yarn and went above and beyond.

Bodies and the fight to be comfortable in them (“Aaron,” “Worthy”) and trying to have control over them (“Stick N Poke”) come up often on Black Friday. What was it like to process those feelings in such a public way?

It’s hard! I have a bad habit of writing really vulnerable music [laughs]. It basically means that I have to do a lot of looking inward and working towards being comfortable enough with an insecurity to feel like I can speak out on it. The night I released “Worthy” I had the biggest panic attack I’ve had in a while. I was terrified that I wasn’t ready to speak about my body, that my experience wasn’t worth speaking about, that people would see it as me complaining and being weak. In the end, it made me feel even stronger, it always does. As for “Aaron,” that song is more about my partner’s experience with his body, so we both processed that together and I strived to make sure he was absolutely okay with the representation before I considered releasing it.

What do you think music communities can and should do to help with how people view themselves and their bodies in a more healthy way? There’s definitely an issue in the entertainment industry where only a few “right” body types are ever presented and represented, which is equal parts incorrect and detrimental for everyone.

Scrape off the glue that binds music and fashion together and leads to people thinking that only artists who are conventionally attractive matter. There is still too much emphasis on an artist’s fuckability in the eyes of a straight, white, able-bodied dominated industry. I don’t understand why people feel like they need to wanna fuck me to respect me as an artist. This is something I think about a lot and that never ceases to freak me out.

With regards to “Killer” — a song about seeking vengeance on the men who have abused your friends — was that a song spurred on by the #MeToo movement and influx of stories about the topic of (unfortunately prevalent) abuse? Or do you think you would have written that song no matter what?

No it wasn’t, I would’ve written that song anyway. Obviously it’s great that celebrities are speaking out, but “me too” has been happening in conversations I’ve been having with friends for years. Almost everyone I know and love has a story, and we’ve all had these stories before a hashtag acknowledged them.

How did you get involved with Melissa Lozada-Oliva for “Where We Live?” Did Melissa write this poem for the record, or was it something you selected together?

I fucking love Melissa. We met in Boston through friends, but I didn’t start connecting to her and her poetry until shortly before she moved to New York. Since she moved away, we got closer. I had her open a few of my shows. She’s so inspiring to me, and was an influence on a lot of the songs on the record. I feel like everyone should be lucky to have her voice in their life, so I wanted to showcase it.

One day in the studio I texted her asking if she had any poems about the violence of men and she sent me a screenshot of “Where We Live.” I was floored and honored that she would wanna share it with me. I had had that guitar part written for like four years and struggled with a place to fit it in and then this opportunity was the right moment. It was like putting together two parts of a friendship necklace.

You said you’re most proud of “Bullshit” of all the songs on the record. It’s an amazing juxtaposition to “Worthy;” one asks “why do you love me?” and the other says “how could you not see why I love you?”  What set this one track apart from the others for you?

I’m not sure, I guess it took the most work to capture the emotion behind it, so when we were finally able to do that, it felt like a big accomplishment. Doing the vocals for this song was the hardest task of the entire record for me. Gabe, my producer, would have me do a take every day we worked together, we probably had like 40 takes in the end. He really pushed me to dig deep and focus more on finding the voice that wrote the song, and perform with it. It was a huge learning experience, as was making this whole album.