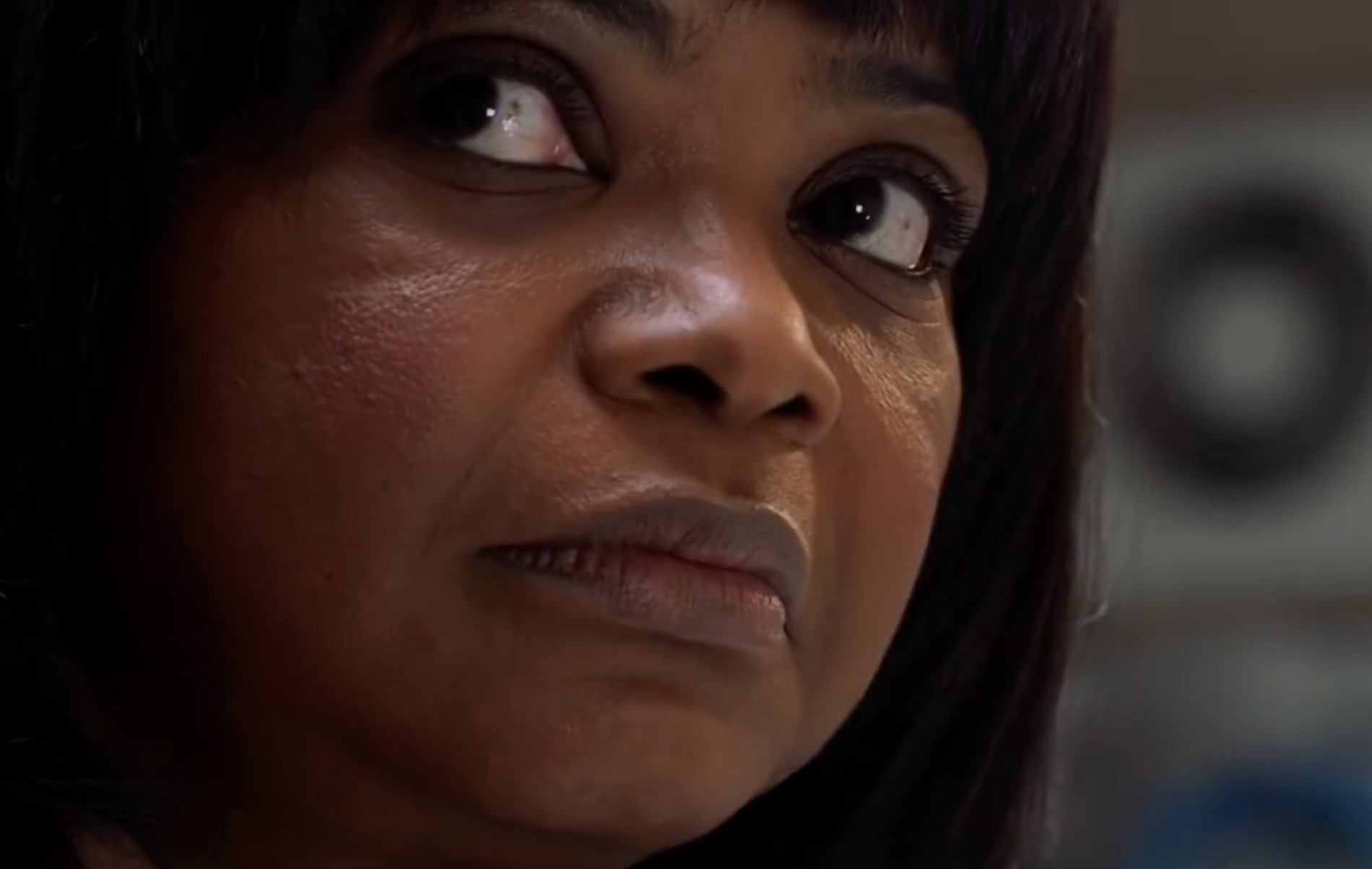 It is a truth universally acknowledged, that a group of teenagers in possession of weed and alcohol, must be in want of a place to consume it away from the prying eyes of parents. This, of course, takes many forms: Sometimes you’ll get groups of kids drinking beer near the train tracks, or hiding out in whatever old, creaky treehouse they still have from their time spent in short pants, or, if they’re truly lucky, throwing back 40s on a moldy-ass sofa at a show in the basement of their local punk house, surrounded by aging hipsters old enough to be their parents. Oftentimes, when said teenagers are older, they’ll think back on those happy memories and suddenly be hit with an unexpected realization: Man, that shit I did was incredibly unsafe. I could have been abducted! I could have been held for ransom! And what was up with that couch? This, in turn, informs their relationships with their own children, and the cycle continues anew once again. Tate Taylor’s horror-comedy Ma plays upon that naivety in ways both expected and unexpected, and it’s genuinely a pleasure to watch unfold, which is to say that it is the camp trashterpiece that all of us were hoping for in the first place. And yes, Octavia Spencer deserves all of the praise for her commitment to playing the title character, but we’ll get to that in a second.

The central inciting event of Ma comes during a regular ol’ game of “Hey Mister” outside of the liquor store in the small town where all of the characters live, in which two lonely souls are united in their need for acceptance and attention from the popular group of teenagers. On one hand, we have Maggie (Diana Silvers), who recently moved to town with her mother (Juliette Lewis) after the latter’s big break in California never quite came. Unlike a lot of new kids, she’s quickly invited out by Haley (McKaley Miller), a member of the high school’s biggest clique, during her first day of school, and, soon enough, she finds herself standing in front of liquor store, waiting to see who might be able to score her friends some booze. That person comes in the form of Sue Ann (Spencer), a lonely vet tech who’s frequently abused by her boss (a scene-chewing Allison Janney), and lives a quiet life in the middle of nowhere. She’s haunted by some unknown tragedy in her past, and may be a little weird, but ultimately, she seems harmless at first glance. Maggie’s desperation gets to Sue Ann, and, sure enough, she decides to buy the kids some booze. This causes the group to essentially adopt Sue Ann, and, after a run-in with the cops in their usual open-air watering hole near some ruins, she invites the kids to come and party in the safety of her basement.

At first it seems like a dream come true: The kids have a place to drink and fuck and act like wild animals, and Sue Ann, who starts to be called “Ma” by the group, has the company that she’s always wanted. She only has a few rules: Don’t swear, don’t spit on the floor, and don’t go upstairs. Next thing you know, Ma’s house is the central party-spot in the town for all of the kids, including some from neighboring schools, and her basement starts to resemble a frat house on any given night of the week (a quick aside — the soundtrack to this thing R-U-L-E-S). Of course, Maggie and Haley eventually do go upstairs in order to use the bathroom, and what they discover there is kind of weird, but what’s weirder is Ma’s reaction: She chases them out of the house, screaming at them that they messed up and need to leave. That’s when Maggie starts to feel truly uncomfortable at Ma’s place, and sure enough, she forbids her boyfriend Andy (Corey Fogelmanis) from going over there anymore. But Ma’s claws are in deep now, and it may be that she might know these kids a little better than she initially let on. Of course, murders and other wild activities happen, and Maggie and company will have to fight for their lives in order to keep from being next on the chopping block.

Taylor, best known for being the director who propelled The Help to a cool $200 million domestic and a Best Picture nod, has spent the last few years in the weeds, culminating in the disaster that was The Girl on the Train back in 2016. But that lone venture into genre darkness informs everything that happens in Ma, which is mean and brutal in ways that few might not be prepared for, but, unlike The Girl on the Train, it’s cut with the rough and broad humor of the film that brought him to the heights of Hollywood stardom. The film doesn’t exactly go in-depth on the racial dynamics at play within the story outside of a few choice lines, one especially bitter moment coming near the climax, but its suggestion of these conflicts makes it inherently more interesting than if they were excised entirely.

That is to say that those expecting something as clearly defined as Get Out was in its perspective might be a bit disappointed here, but that isn’t entirely Taylor’s point in making the film. Rather, he’s essentially making a Sean S. Cunningham movie for modern audiences, a The New Kids for an audience in need of that kind of entertainment (especially since it’ll take years for the college scam business to stop  weighing all of Lori Loughlin’s old back catalogue down like a stone made of pure irony). That means there’s an equal portion of gags to go along with the thrills, and some of them are as finely crafted as any you’ll see in a mainstream comedy this year (such as the pastor’s daughter who pretends to sleep through all of Ma’s parties so that she doesn’t drink and disappoint her father, which pays off handsomely in the movie’s finale). It is, honestly, a great experience, especially with a crowd as vibrant and into it as mine was earlier this week.

But as much as Taylor might want to plant his flag atop the film to proclaim it exclusively his success, make no mistake: This is Spencer’s film, and she’s clearly relishing the chance to play a character with a little bit more darkness than in the roles that she’s typically cast in. She’s got a wonderful craziness to her here, well-rooted in her character’s emotional state, and she’s brilliantly funny at times, especially during a scene when she, after receiving bad news during a pedicure, flips out at another patron at the salon she’s at and storms out. It’s the kind of movie that people would assume to be “so bad it’s good,” if not for the fact that every seemingly unintentional laugh was tailor-made to provoke them. She’s able to alternate between those poles — the goofy, unskilled manipulator who just wants company, and the sinister woman lying in wait for these idiot kids to make the wrong movie — with a smart deftness, and her easy humor doesn’t stop her from being threatening later on when the going gets weird.

Ma proves just how essential Octavia Spencer is to the modern cinematic landscape, and it makes a brilliant case for her eventual induction in genre Valhalla. I’ve mentioned this before, but just think: how many other people can claim to have classics like Halloween II, Drag Me to Hell, Snowpiercer, The Shape of Water, this, and the upcoming Luce attached to their resumes? She is a treasure, and we should relish each of these roles while we still have the chance. Ma is just your latest opportunity to do so, and I hope you’ll pay tribute.