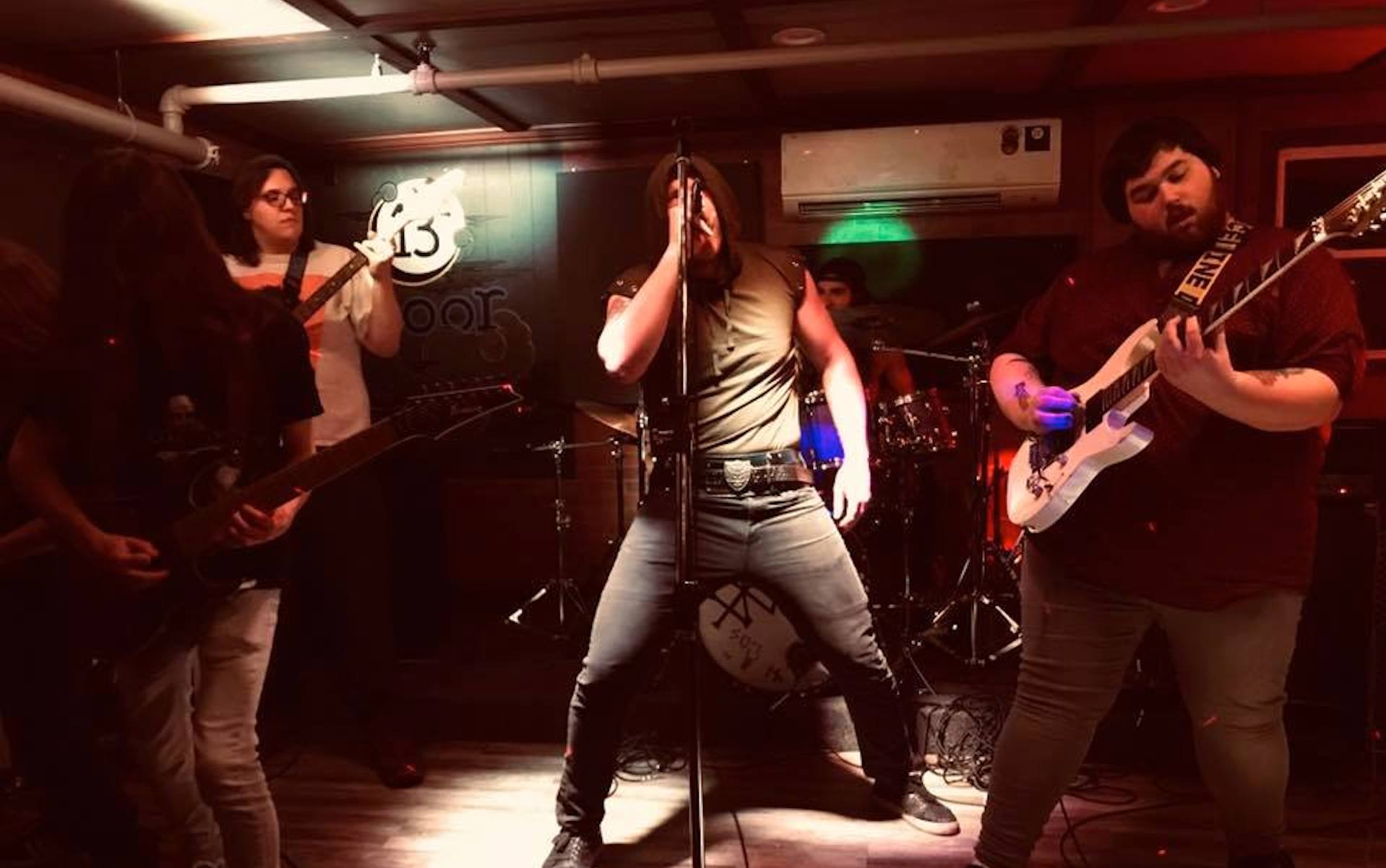 What Studio 52 Says: We are presently decades past the heyday power metal saw in the 1980s. Bands featuring unrelenting shredding over fast drums garnished with extreme high pitched vocals are somewhat of a rarity in 2019, but Perennial Quest do all of that, and they don’t half ass it.

Boasting three guitarists, bass, drums, vocals, and keys, this seven-piece monster has no shortage of shred, epic riffs are harmonized on guitars and tend to fall in sync flawlessly with the vocal melodies. Watching lead guitarist Andrew Matarazzo’s fingers fly around on the fat neck of his seven-string while he strolls through a solo is decidedly dizzying, and he makes it look like he could do it in his sleep. Between flurries of notes on guitar, attention is drawn by the profound vocals and eccentric presence of Tony DiBiase, the hooded and mysterious vocalist who fronts this shred studded guitargasm.

Thought-provoking lyrics take the form of a rocket ship careening through the high end of the mix, while Tony D’s wardrobe and power stance compliment his demonic energy. Satanic overtones are always a huge piece of their live show and no less prevalent on their record, pointedly on “Beast of the Prophecy”, which fades beautifully into the near 10-minute power ballad “Cast Into Shadow”; quite the finale to their debut full length record Warriors Through Endless Time.

Studio 52 spoke with Tony D., and he told us Perennial Quest are finishing up the writing process for their sophomore record and will be headed into the studio to begin tracking soon. From the lyrics to the solos, song names to harmonies, down to the pounding drums that push things along at breakneck speed, every single thing about Perennial Quest screams EPIC.

They’re bringing that energy to PVD at Dusk this Sunday night (May 5) for Cinco de Mayo alongside Dyhanna, Ice Giant, Chronovore, and Lashes; power metal pairs nicely with all the tequila, Corona, and tacos you’ll surely ingest that day.

Attend: Perennial Quest play DUSK in Providence this Sunday (May 5) —