Feeling fascination and wonder with Snow Patrol at The Orpheum 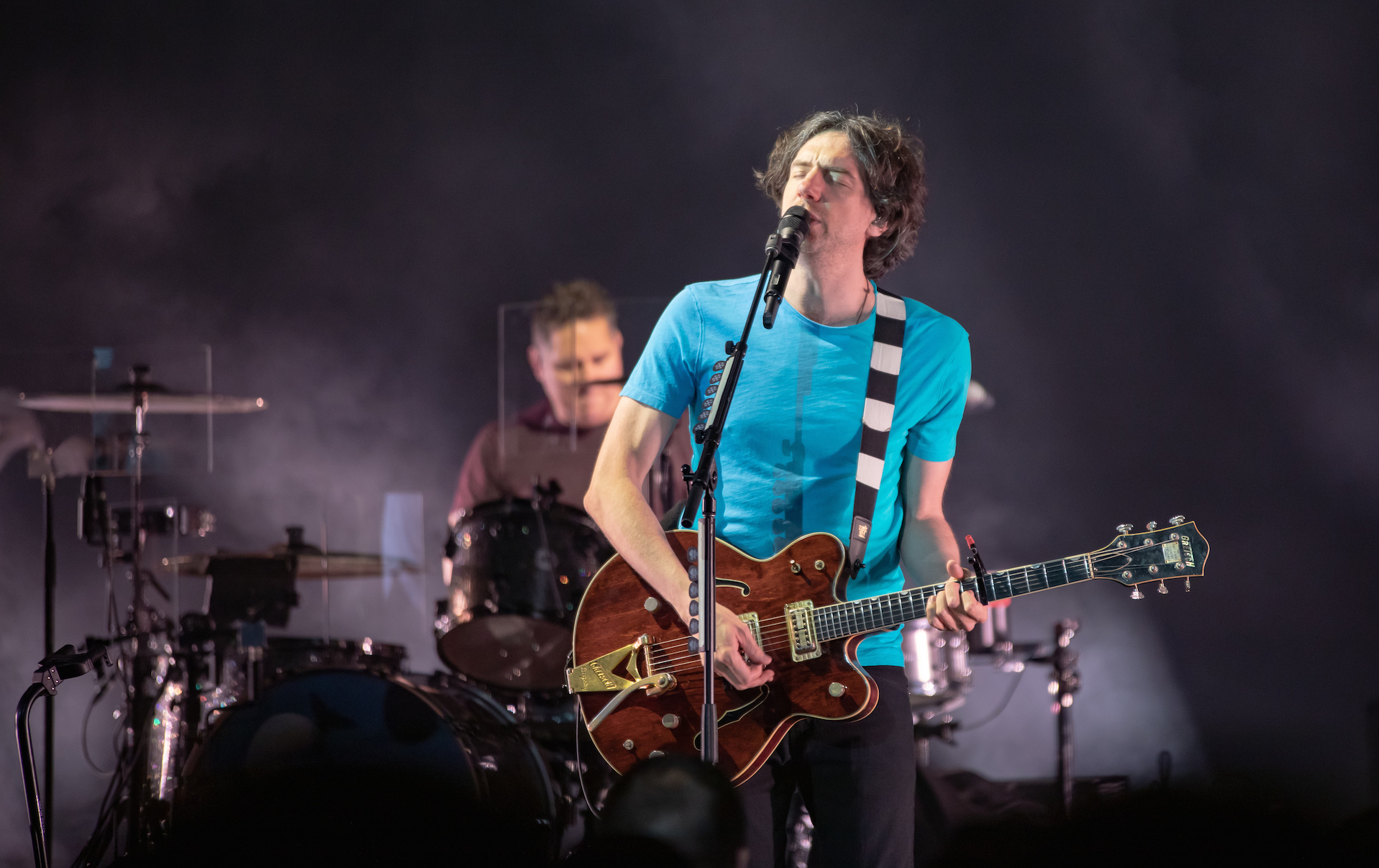 The emotional depth of Snow Patrol frontman Gary Lightbody is truly alluring. One minute, he cathartically doles out cautionary tales and testimonies of heartache. The next, he sheds all of his dramatic bombast for lucid introspection. The signature balladry that the Northern Ireland facet has become known for operates on the same level of extremes, still possessing grace and resonance that quickly envelops the listener.

This past Monday night at Boston’s Orpheum Theatre, Snow Patrol’s thrilling dynamics were on display in front of a sold out crowd that savored the feelings of fascination and wonder.

Opening act We Are Scientists were a refreshing antithesis to this kind of elusive energy. Singer Keith Murray and guitarist Chris Cain usually revert to storyteller mode with their dry wit and surgical sarcasm serving as fail-safes for the duo. They still managed to fit in a few quips, but with a set that was just roughly 20 minutes long, they had no choice but to get right down to business. “Your Light Has Changed” was an ambitious first song; “The Great Escape” and “Buckle” were executed with determination and flair. The vocally confident Murray sounds even better live; his multi-dimensional voice positively basks in the limelight.

The same could be said about Lightbody as Snow Patrol kicked off their set with “Take Back the City” from their fifth album A Hundred Million Suns. Subsequent charmers, like “Chocolate,” “Crack the Shutters” and “Open Your Eyes” quickly nestled themselves into the hearts of onlookers. Things slowed down a bit for the dreamy and vigorous “Run,” but picked back up again just in time for “Called Out in the Dark.”

Last year’s Wildness, the band’s latest record and first in seven years, capitalizes on the band’s newfound sense of clarity and a bit of existentialism as Lightbody is currently at the crossroads of his sobriety. “Life on Earth,” “Heal Me” and “What If This Is All the Love You Ever Get?” served as jolts of reality in a performance wrapped in longing (their rendition of fan favorite “Chasing Cars” solidified this).

But as they closed out with guarded optimism of “Just Say Yes,” Lightbody let us know that he has every intention of making it out on the other side.