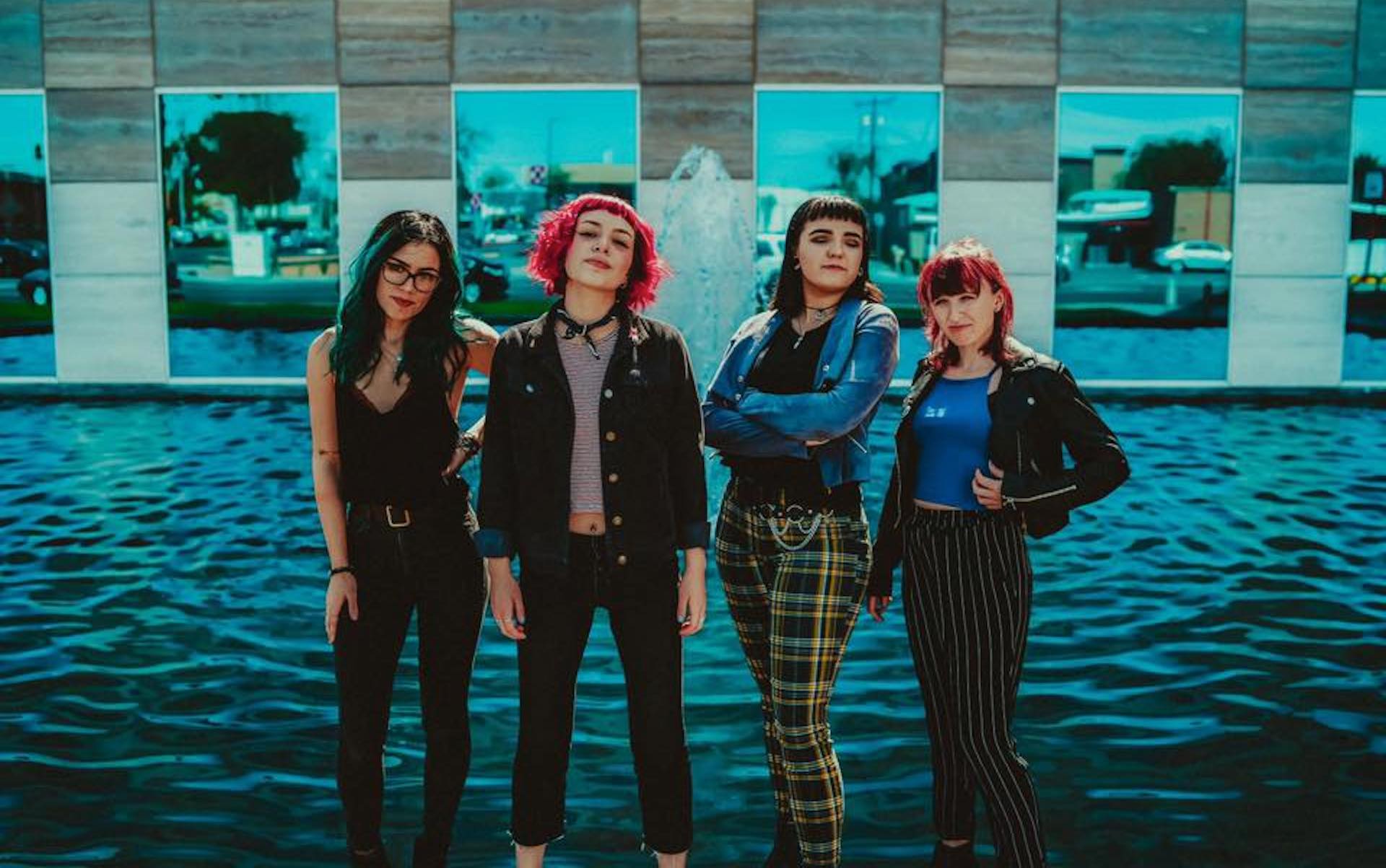 The Phoenician powerhouse celebrated the signing with word of a new album and a witchy video for its lead single, ‘Mark My Words’

A long-time jewel of the city, Phoenix alt-rock quartet Doll Skin have picked up quite a bit of traction since their formation in 2013. Their two studio albums, tours supporting acts like OTEP and New Found Glory, and summer on the final Vans’ Warped Tour caught the attention of national audiences — and, apparently, the eye of industry professionals.

The Phoenician powerhouse dropped a massive announcement on yesterday (April 23), including a new single and accompanying music video, a release date for their upcoming album, and a record deal with Hopeless Records. Below, you can watch the witchy video for “Mark My Words,” the lead single off the band’s forthcoming third album, Love is Dead and We Killed Her, which will drop June 28.

Doll Skin cite the heroines of books and films that inspire the band as the influence for “Mark My Words,” specifically drawing references to The Girl With the Dragon Tattoo.

“The response we’ve received from today’s single has been overwhelming. My heart can’t take it,” says drummer Meghan Herring. “Being signed to Hopeless is the definition of a dream come true. There are bands on the label that I grew up listening to, like Taking Back Sunday, The Used, and our summer tour-mates New Found Glory.”

Doll Skin will embark on a two-and-a-half month U.S. tour supporting New Found Glory and Real Friends this summer to promote the album. The tour includes stops at Boston’s House of Blues on June 6 and Phoenix’s The Van Buren on July 6t. In September, they will return to Europe to support Warped Tour stage-mates Trashboat.

“I can’t wait to see how the full album is received,” says guitarist Alex Snowden. “Having the dedicated team of Hopeless Records behind the release has made it that much better. Signing with [them] was the big, bold move we totally needed as a band.”