Andrew Mayer and Will Smalley are brewing up a surprise 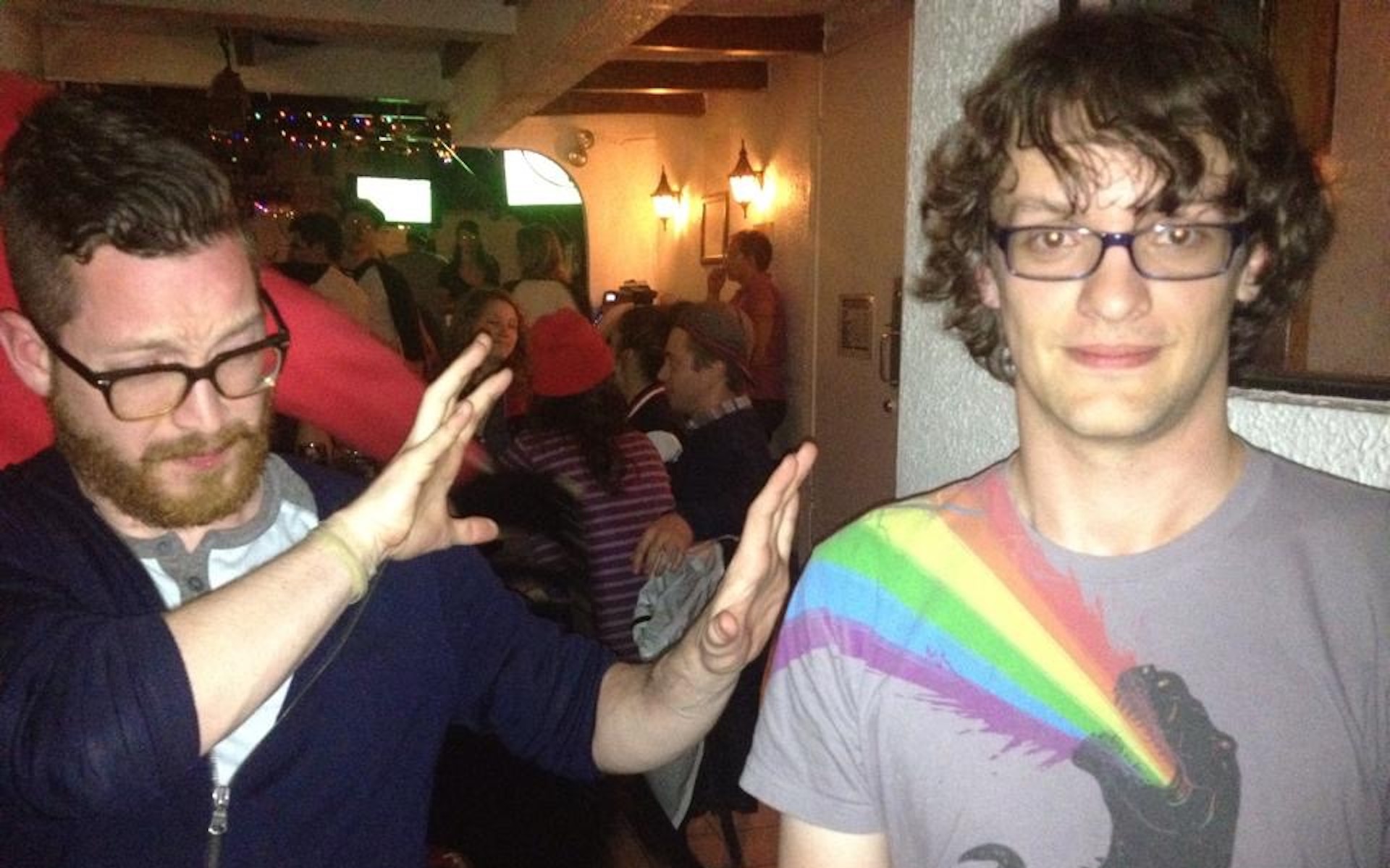 When you’ve been friends with someone for a number years, nothing the other person does comes as a surprise. But with their new stand-up show, Will Smalley and Andrew Mayer are challenging that theory.

Surprise Party!, which sets off on its maiden voyage this Wednesday (April 24) at Jamaica Plain’s Turtle Swamp Brewing, is built on the element of surprise. One host is there to guide whatever schemes they’ve devised, while the other host is reacting, just as surprised as the audience. Each month, the two will reverse roles as the planner of the evening’s shenanigans, and the host that reacts in the real time.

This isn’t the first time the duo has teamed up for thematic shows, as they hosted a show at the Comedy Studio in 2014, and have hosted a number of shows around JP over the last few years. That’s not to say that Mayer and Smalley aren’t excited to get this show on the road.

“Most of my favorite bits over the years of our shows have been where one of us has planned something secret for the show, to spring it on the other host in the moment,” Mayer tells Vanyaland. “Surprise Party!’s format takes that to its extreme, where one co-host goes in each month completely in the dark.”

While Mayer doesn’t want it to be the main focus of the night, this first show takes place the day before his birthday, so Smalley is gearing up to give him one hell of a “surprise” party, and in the process, help get this format off on the right on the foot.

“I really want this to be a crazy, big birthday ‘surprise’ party for Andrew, and I want this to set the tone for how the show can grow and get even crazier and bigger in the future,” says Smalley. “It is a bastardized version of ‘surprise’ because people, and the other co-host included, can sort of already expect certain things from the show. But the format allows for absolutely nothing to be known and still be intriguing to an audience.”

He may not want his next trip around the sun to take precedent over the start of his next collab with Smalley, but Mayer is excited to see what his battery mate has planned for him and the audience, since he knows just how good Smalley is at such things.

“[Smalley] is very good at fun/dumb stunts, so I expect that there will be some fun things that I will find personally enjoyable, that also people can enjoy while not caring that is my birthday,” says Mayer. “Ideally, that will happen every month regardless of birthdays, because one birthday per month seems like an unsustainable rate when there are only two of us.”

The guys are looking forward to a lot of different aspects of their new concept, and they’re excited to see where it goes from here. They’re also excited to team up with Turtle Swamp Brewing, as it’s a brand they enjoy and want to be associated with. For Smalley, however, there is a much more personal connection to this show than just getting to make people laugh with a mysterious flair attached to the evening.

“I’m looking forward to defining our new concept in a relatively new space,” says Smalley. “I think the joy will be in [Mayer’s] genuine reactions to everything that is planned and our reactions to some of the things that might go off the rails. I’m also just relishing the opportunity to co-host with Andrew again. He’s one of my best friends and favorite people in the world, so it’s just a delight to get to be funny with him in front of people.”