Live Review: 'I'm going to keep repeating it: Bet on yourselves,' the Brooklyn emcee told The Sinclair. 'Invest in yourselves'. 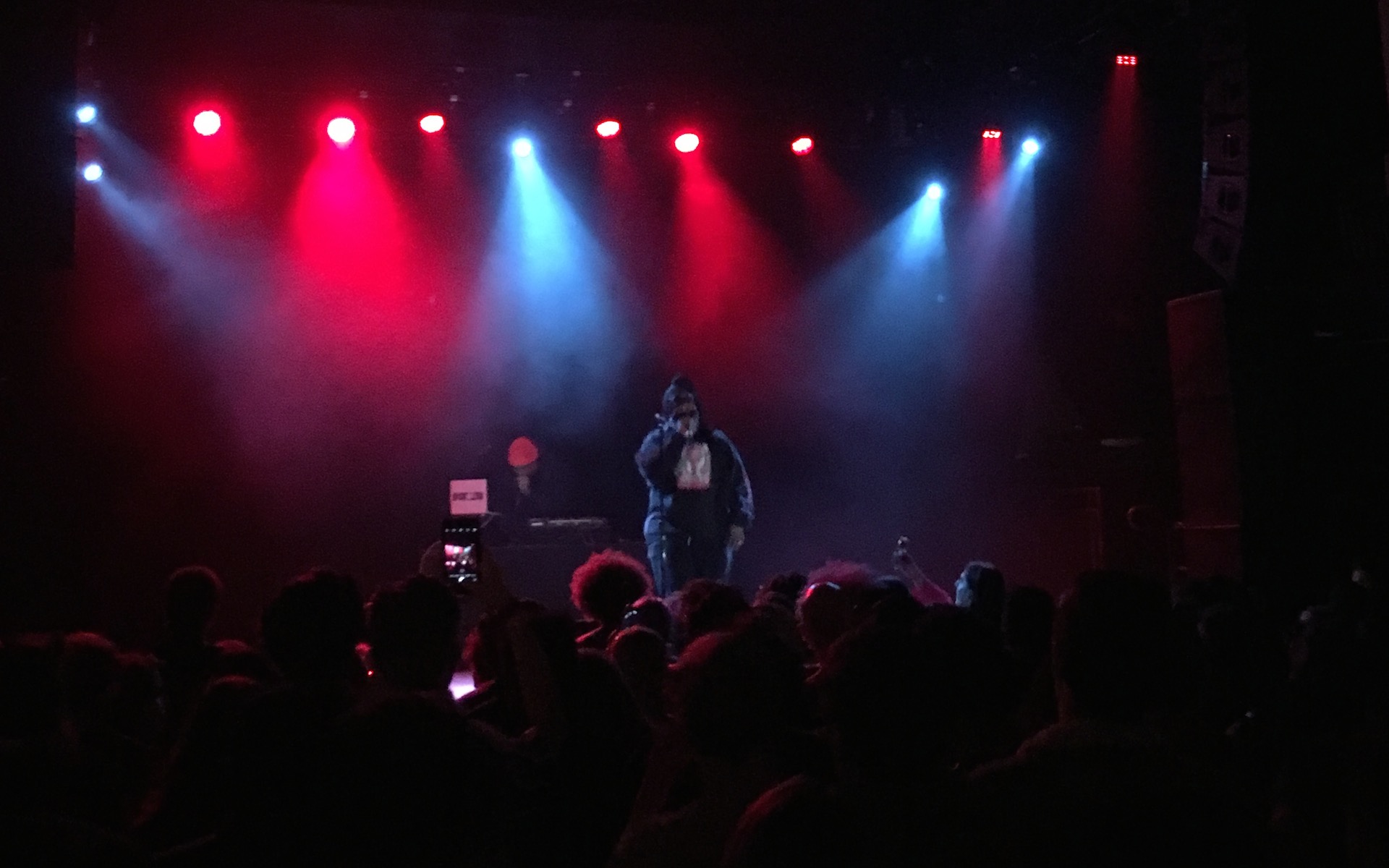 Leikeli47 is an artist who knows the power of being different from her creative peers. While other female rappers typically use sexual ascendency to grab — and hopefully keep — the attention of listeners, she utilizing the customs of Black culture to empower her fans. Both of her albums, 2017’s Wash & Set and last year’s Acrylic, celebrate the beauty — and its innate complexities — of Black women.

The Brooklyn emcee, who has thematically incorporated salons and beauty shops in her discography, recently told The Fader that these places are about way more than aesthetics. “They’re safe havens for all of us — all women, but especially the African-American community. I wanted to create a body of work that spoke to not looking like what you are actually going through.”

And despite making a mask that hides her face her signature trademark, Leikeli47 manages to emanate joy and light when she performs. On Monday (April 1) at The Sinclair in Cambridge, the enormously gifted lyricist made everyone in attendance feel like the best versions of themselves. In front of a packed crowd, she made sure to reiterate that her mission in music wasn’t just to make records, but to make sure that her followers feel seen.

From pulling one fan onstage to feverishly dance during “Post That” to preaching the importance of self-care on “No Reload,” Leikeli47 was all about keeping the energy high and her ruminations meaningful. “I’m here to represent individuality — don’t nobody wanna be the same,” she remarked. “We need fresh, we need fun, we need to color outside the lines, don’t we?” Her catalogue, full of boisterous songs with playful beats, serves as the perfect example of the innovation she wholeheartedly speaks of.

And it was a fulfilling experience.

“Miss Me” was the venomous breakup anthem Leikeli47 intended it to be. “Girl Blunt,” in all of its weird feminist glory, reveled in its boldness and contagious percussion. “Tic Boom” was deliciously boastful in a room full of people who were openly embracing who they are and “Money” strongly advocated the notion mind over matter — or at least importance of claiming things in the universe to be yours. And as Leikeli47 explained to the audience, she owes her career to the power of manifestation. “I’m here because I bet on myself,” she said. “I’m going to keep repeating it: Bet on yourselves. Invest in yourselves.”

That advice sounded reassuring — because Leikeli47 herself is such a sure thing.