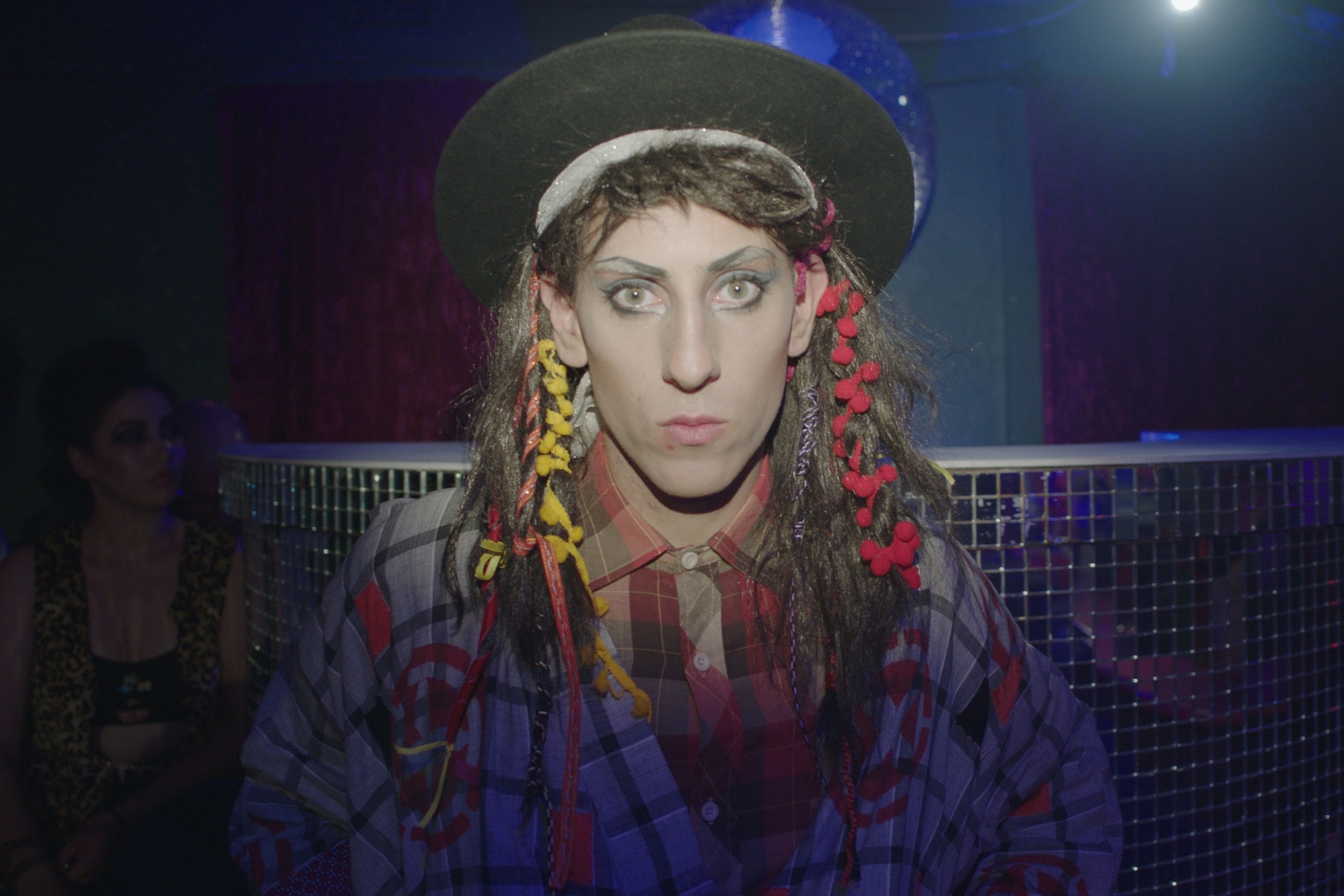 Set in South Africa circa 1985 in the midst of the country’s infamous Border War, Christiaan Olwagen’s Canary is a queer coming-of-age drama that asks its audience to buck nostalgia, illuminating the homophobia that pervaded the apartheid nation. Scored with healthy doses of Boy George, Canary subtly crafts a damning image of its white supremacist culture while still delivering an emotional, personal journey for a group of gay teenagers drafted by the military.

After being caught cross-dressing, Johan (Schalk Bezuidenhout) receives his draft papers from the South African Defence Force, but blessed with an angelic singing voice he becomes one of just two dozen young men accepted into the military’s Church Choir and Concert Group, also known as the Canaries. Though still put through boot camp, Johan is spared combat and quickly finds comraderie with fellow Canaries Wolfgang (Hannes Otto), who shares his love of British new wave music, and Ludolf (Germandt Geldenhuys), an overbearing but sweet-hearted classical music buff.

As the company tours South Africa, performing propaganda concerts for the war effort, Johan struggles with his sexuality. He and Wolfgang begin dating in secret, but Johan struggles to accept himself and is internally tortured by the threat of being outed.

Canary offers no simple platitudes about acceptance, but wrestles with the harsh truth that mid-80s South Africa is not an easy place for a gay man. No one can offer Johan solace that things will be okay or tell him lies that he will be accepted, the only option is for him to accept himself. The metaphorical title makes clear — Johan is the bird and the country is the cage he must escape. Not that America or the UK in the same time period were much better locations for a young gay man, but Johan is only able to find peace in the vibrant, flamboyant music of groups like Culture Club.

Though Boy George too was years away from openly stating on camera that he was “militantly gay,” 1985 was the year he told Barbara Walters he was bisexual and had relationships with both men and women. “Do You Really Want to Hurt Me” is the anthem of Canary, a song that for Johan is as empowering as it is tragic. He tells Wolfgang at one point he would play the song for classmates, who at the title line would loudly interject “Yes!” to mock and terrorize him.

Apartheid and race may seem to be secondary components of Canary, quietly mentioned but in only a few scenes the topic of conversation, but it’s impossible to separate the racist Border War the Canaries unwittingly support from the homophobic culture that pushes Johan to the brink. Olwagen is well aware of his country’s history, and with Canary he asks the audience to “remember the anger” they feel at the hands of oppression, lest it turn into nostalgia later. Though the film is spoken in Afrikaans and is a specific national tale, it’s not hard to take away a universal message and think about our own history — especially as we ask ourselves when exactly was America great.

Canary’s harsh social drama is punctuated by dreamlike musical sequences that contrast the freedom art and music offer against the rigid conservatism of the military. These scenes, where Johan dresses as Boy George and dances without fear, form the jubilant heart of the film. They’re a reminder that this is not just a dour, Hollywood drama. It’s a story about a soul struggling to break free.