BUFF Review: Swedish disaster flick ‘The Unthinkable’ is worth the ride 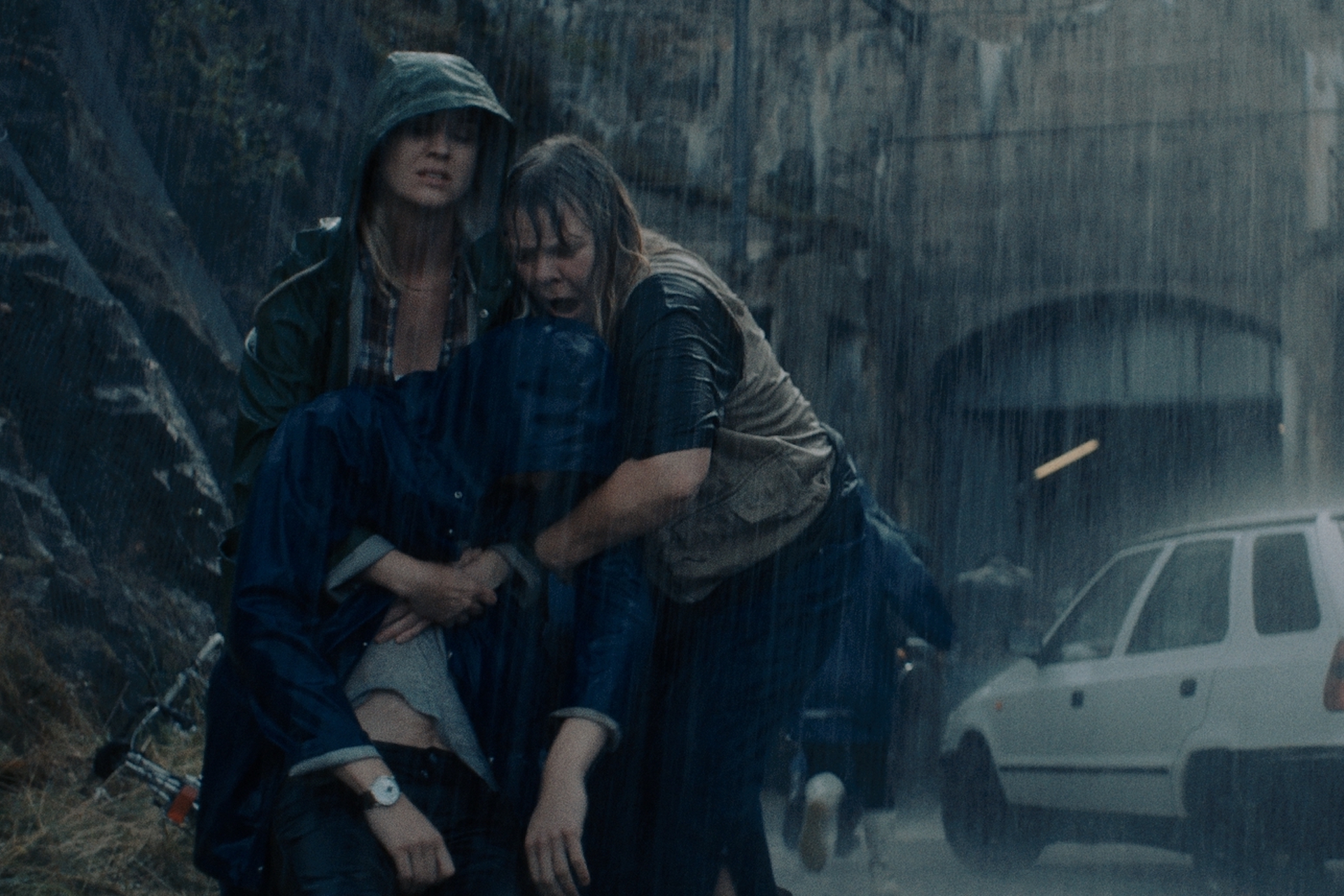 From its drama-heavy first hour, you’d be forgiven for thinking that the Swedish filmmaking collective Crazy Pictures’ new disaster movie, The Unthinkable, is more of the emotional kind. It documents the sad dissolution of a family after one particularly painful Christmas, in which the quick-to-anger former-veteran Bjorn (Jesper Barkselius) lashes out at his wife (Ulrika Bäckström) and meek son Alex (Christoffer Nordenrot) after a minor misunderstanding. Coupled with his crush, Anna (Lisa Henni), moving to Stockholm, Alex, who is secretly a very talented musician, gets fed-up with his father’s abuse and leaves home, striking out on his own in the big city. He doesn’t speak to Anna or Bjorn for years and years, and, in the meantime, becomes a very successful musician (who makes musical loops much like Imogen Heap does), selling out shows all across Europe. In fact, he’s about to head to Berlin when he gets some terrible news: His mom has been killed in a terrorist attack that has destroyed the two major transit hubs in Stockholm. His uncle asks him to tell his dad, and he doesn’t, instead heading back to his hometown to try and reconnect with Anna.

It’s Midsummer’s Day (thanks, Ari Aster, for making a horror-oriented audience unable to withhold their giggles at the mere mention of the Swedish holiday), and the entire country is celebrating and having a good time. Everybody, that is, except for Bjorn, who is holed up at the power plant he works at. You see, Bjorn’s become a bit of conspiracy theorists in the intervening years since his wife’s left him, and he sees the writing on the wall after he’s attacked by a random passerby near his job site. Nobody cares when he tries to tell them that something is coming, and, sure enough, nobody’s prepared the following day when the rain comes and, along with it, a bunch of soldiers. Parliament’s bombed, an incredibly potent neurotoxin is released into the air, and by the end of the day, Sweden will be forever altered. Why? It’s anybody’s guess, but one thing’s for certain: Alex and Bjorn will be forced to confront their shared past once again, in order to survive the day, and neither of them may survive the coming reckoning.

Let’s face it: Disaster movies are always going to be slow-moving melodramas at their core, with explosive set-pieces rivaling the supposedly-intense emotions between the characters, and it feels wrong to fault The Unthinkable for essentially adhering to the rules and restrictions of its chosen genre. And for much of the first hour, the family drama is compelling enough to make things interesting as we head into the nation-wide destruction that defines the film’s second half, establishing pairings that we want to see or inevitable meet-ups that will surely produce fireworks when they occur.

But there’s an icy hole where the film’s protagonist should be, and Nordenrot can’t help but make him the most frustratingly selfish and childish asshole in a failed attempt to wring empathy out of the audience, concealed beneath a glassy-eyed flatness meant to showcase his trauma-induced defenses. It is downright anger-inducing to watch him fuck up people’s lives in the midst of this catastrophe and walk from scene-to-scene with this empty look upon his face, and the fact that there’s still enough here to recommend this film to you is, well, a testament to the skills of those at Crazy Pictures.

There are a few incredible sequences stacked throughout The Unthinkable, including one where Barkselius is forced to take on Special Forces officers as they try to invade his power plant. The resulting violence feels ripped from a spectacularly Swedish take on Die Hard, where the slippery Barkselius uses a variety of home-made tools to wriggle his way out of the jam he’s in. A night-time firefight between what remains of the Swedish military and the invading force is suitably spooky, with tracer rounds flying past the participants as they try to make a daring escape, and a final aerial showdown between a helicopter and a two-seater passenger plane results in some interesting (and very silly) chaos. All of this keeps, in practice, the film’s tongue firmly-planted in its cheek, but there’s a very real fear at the heart of this film that provides it with a sense of urgency — it’s a It Can’t Happen Here filtered through the lens of the real-world events.

Some will inevitably be put off by the odd blend of exaggerated Malickian stabs at pathos with the Bay-like helicopter crashes and accuse The Unthinkable of being inconsistent or tonally schizophrenic. Rather, it’s an attempt to merge these two poles, much like their Irwin Allen forebears, and, for the most part, it’s pretty successful at what it sets out to do. And, impressively, it features one of the more biting conclusions of a disaster film in recent memory, which makes the full experience absolutely worth it in the end.