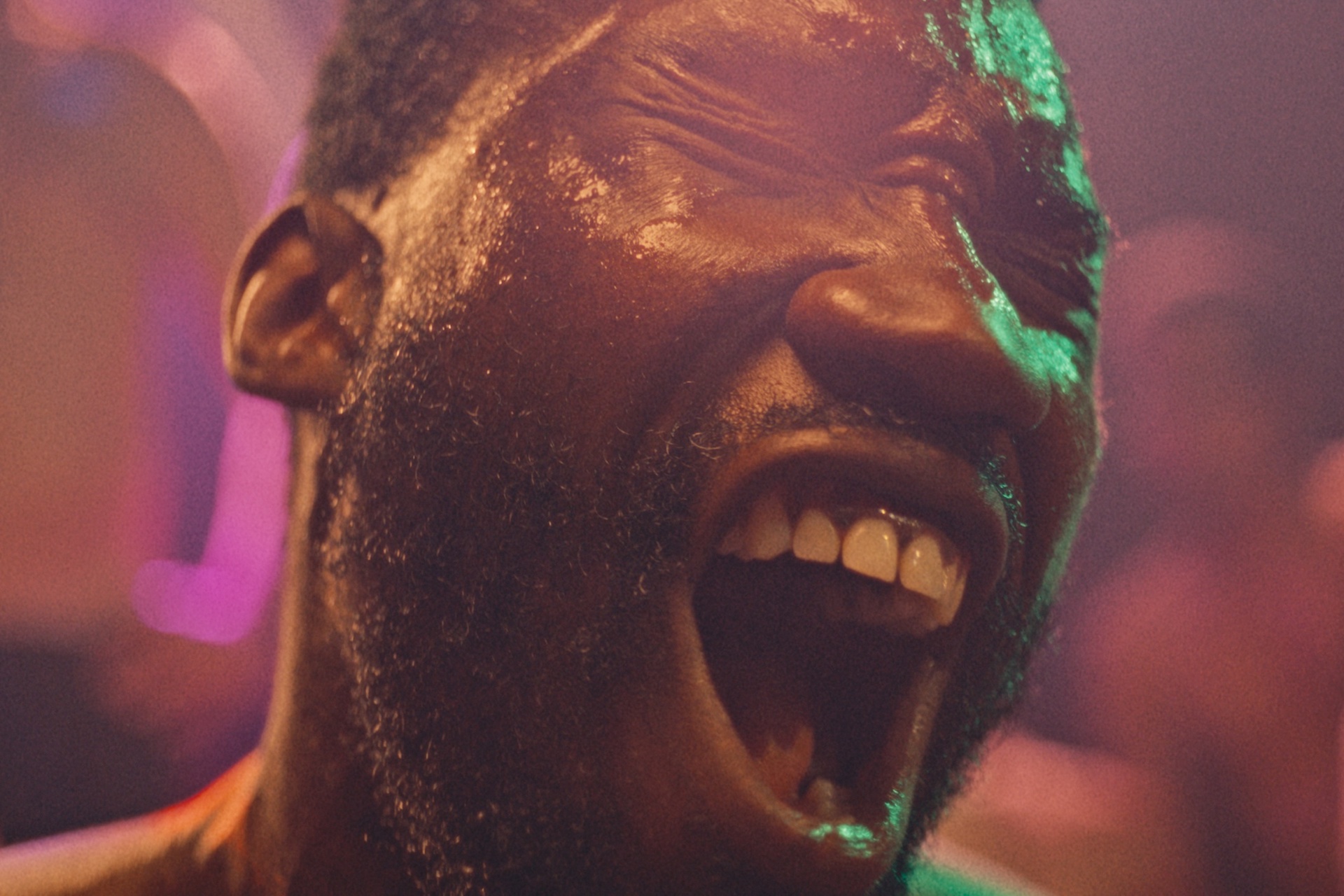 Frustrated with his lack of respect, Steve increasingly lashes out behind the scenes and on camera invents strange gimmicks like wearing Halloween prop gloves he excitedly dubs “Monster Hands.” He refuses to shower and becomes a liability for Ultima’s teetering business. In the film’s climax, Eric makes the call to fire him. Refusing to hear the news, Steve enters an unhinged fugue state where he takes a prop samurai sword and kills Tom (real name Howard Wong) before taking his own life during an encounter with the police.

Though the film goes to great lengths to underline his pathetic existence, Steve’s life was even more tragic than Mope’s mostly comedic tone lets on. In real life he was born to a black mother and white father who later divorced, and was tormented by bullies while being split between two homes. In high school he dreamed of joining the Air Force, but was ineligible due to poor eyesight and prior surgeries. In college he was arrested after threatening to kill an instructor for refusing to give him more time on a test, and was subsequently placed under house arrest and diagnosed with narcissistic personality disorder. During this period he became obsessed with porn, racking up more than $20,000 in credit card debt by purchasing thousands of videos and studying them day and night. Eventually, against his family’s wishes, he moved to Los Angeles with dreams of stardom, leading to the chain of events that would end his and Tom’s lives.

But these aren’t facts you’ll learn in Mope. This vital exposition came from Michael Albo’s excellent 2011 overview of the murder in the pages of LA Weekly. Because Heyne plays the climactic murder like a plot twist, and instead of probing the state of Steve’s mental illness, the film looks at this world with bemused interest and quite often contempt for its subjects. Even the music choices, such as mid-film montage set to Devo’s “Mongoloid,” feels like sneering mockery of its very real and very dead protagonist. Heyne is interested in humiliation — taking plenty of time to indulge in scenes of bad sex, bodily fluids, and naked debasement — but he gives little thought to a thesis.

I’m not sure if there was any way to save Steve Hill and Howard Wong from their fate, but certainly they deserve more than mockery.