Thursday breathe modern emotion and fury into ‘War All The Time’ 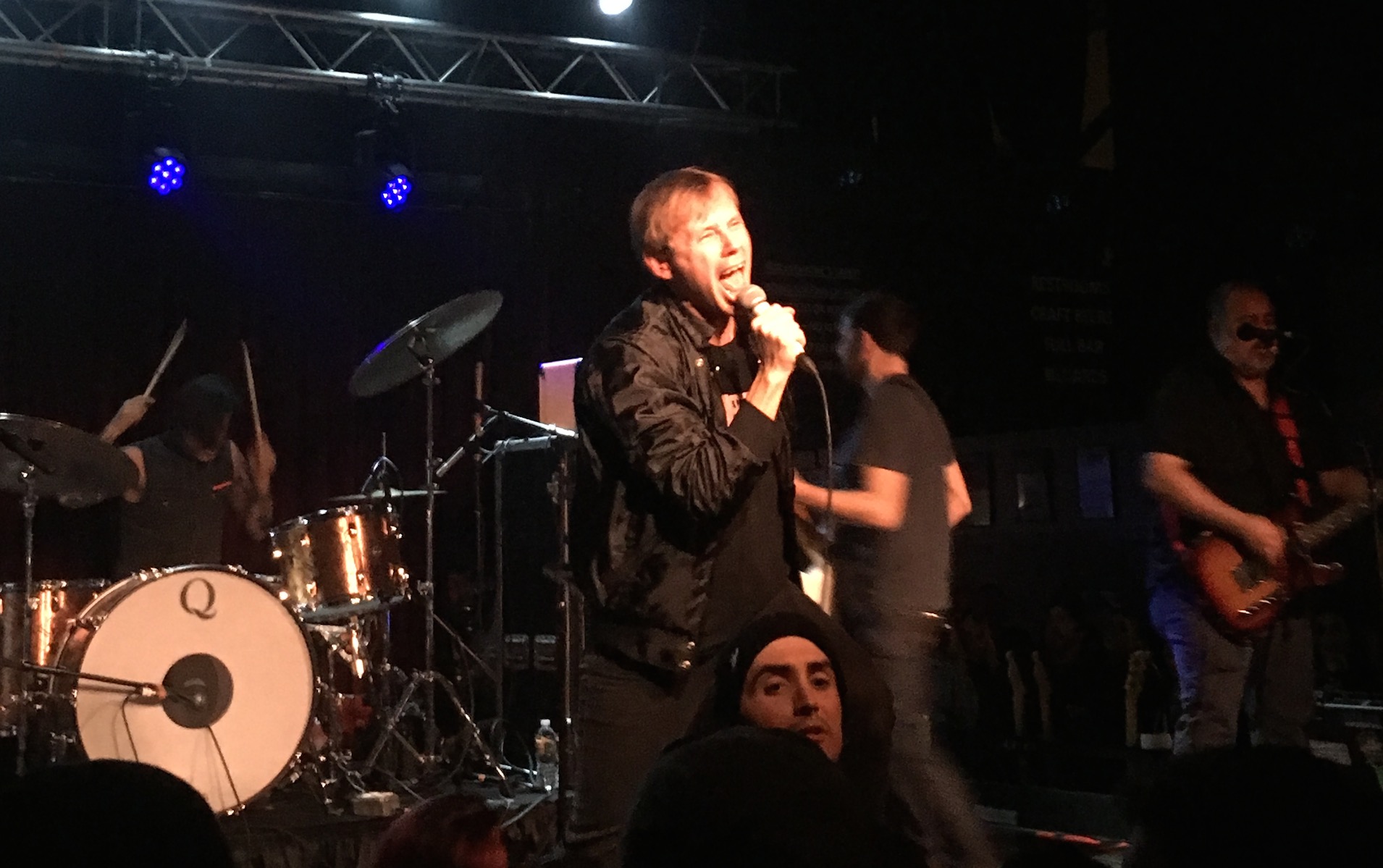 When Thursday released War All the Time back in 2003, it was immediately clear that lead singer Geoff Rickley possessed a level of emotional awareness that outpaced his musical peers. His lyricism combined the crisp and clipped airiness of prose with the turbulent gravity of reality; the heaviness of his despair was eclipsed by rough wails and even harsher truths. Rickley’s radical brand of candor resulted in quite the loyal following: Thursday fans are simply some of the most passionate on the planet.

War All the Time was a culmination of the timely issues that haunted the early aughts and sadly remain relevant today. They include capitalistic conformity (“For the Workforce, Drowning”), the perils of sexual autonomy (“Signals Over the Air”), and the devastating and dangerous repercussions of toxic masculinity (“M. Shepard”). The way Thursday deliver their most potent songs live is captivating and the energy they exude is cathartic.

At a sold-out Brighton Music Hall this past Sunday (March 10), Thursday performed War All the Time in its entirety as part of a two-night stint (their breakthrough sophomore album Full Collapse was executed in full the night prior). This tour also commemorated 20 years since the release of their debut album, Waiting, and though this performance was a celebration of Thursday’s undeniable staying power, there was nothing ostentatious about it. The band was as humble as it has always been.

When they graced the stage, the anticipation surrounding every song from War All the Time was palpable. From “Division St.” to “Steps Ascending” to ultimately the title track, every lyric was thrilling and every moment felt like it was frozen in time. Rickley’s sheer restlessness was his strong suit; he lurched jarringly from every corner of the stage and eventually fell to his knees singing halfway through the set. He relished in his overwhelming sincerity in cheeky and mournful ways; his jaded wit and sarcastic banter between weighty songs felt refreshing and whole.

The humanism Thursday bring to storytelling on War All The Time is just as jarring and necessary today as it was 16 years ago and that’s something that will never be lost on listeners.