The Kooks revel in their own musical sweetness at The Orpheum 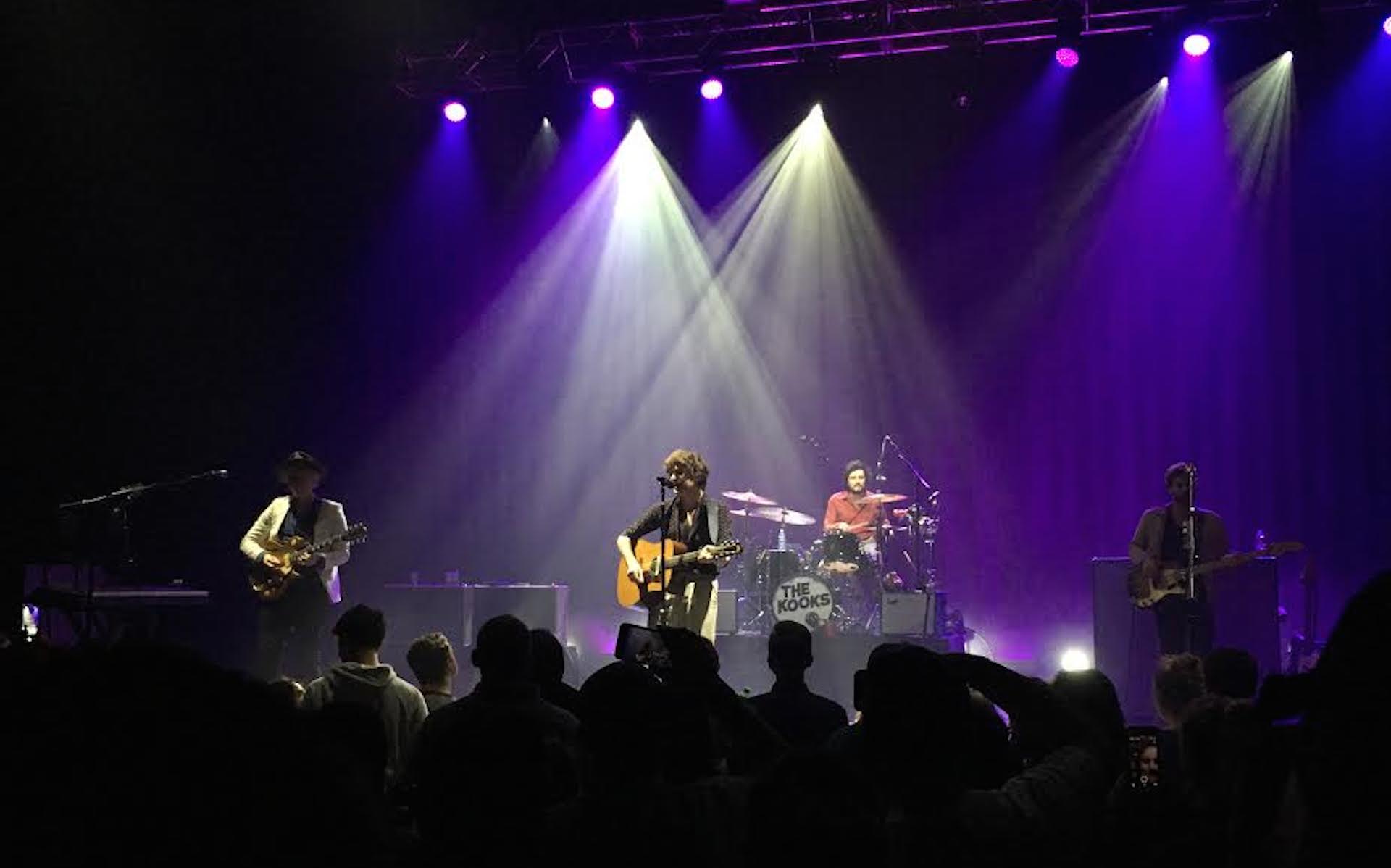 Seeing The Kooks in concert Tuesday night (February 26) at The Orpheum Theatre in Boston proved to be more of a invigorating undertaking as opposed to just rolling up to see a simple live performance. The English indie rock band’s catalogue, ripe of confectionary choruses, swirling melodies, and bold buildups, has nicely matured over the years and stands the test of time in a transient musical climate. Frontman Luke Pritchard is both charismatic and heartbreakingly sincere — a combination that usually results in the most transparent of lyricism.

The very first act of the evening, the Los Angeles-based Future Feats, basked in massive amounts of energy. From elusive renditions of “Cities of Wonder” to “Same Mistakes,” lead singer Josh (no last name necessary) was determined to keep the group’s fervor at an all time high; he ran up and down the aisles of the theatre singing to solo onlookers, threw water on an unexpecting crowd, and made the stage his personal climbing structure. Barns Courtney, who performed after Future Feats, was more subdued in his approach.

From monstrously dramatic chords to lyrics that underscored angst and desolation, Barns Courtney was a refreshing anomaly to modern day rock. His set was both intensely intimate and effortlessly exhilarating. Gems like “Hands” and “Glitter & Gold” made for giddy sing-alongs while “Golden Dandelions” floated in its rapture. Courtney was straightforward in his musicianship and was the perfect transition into The Kooks to round out the evening.

Inside In/Inside Out, the 2006 debut from The Kooks, was a dazzling exploration of a young British band forging their own way in a sea of contemporaries that were releasing projects around that same time (Arctic Monkeys, The Fratellis, The Wombats, Kaiser Chiefs). But The Kooks were sweeter and more encompassing than their counterparts. Their precociousness can be heard in songs like “Eddie’s Gun” and “She Moves In Her Own Way,” both from that record.

Their set managed to capture that same nostalgia while covering the span of their entire discography, leading to last year’s Let’s Go Sunshine. Opening with the pulsating “Always Where I Need to Be” was a pleasant surprise; “Ooh La” and “Westside” were moment of lightness and fun. The delicate balladry of “See Me Now” slowed things down a bit as Pritchard dedicated his deeply emotional delivery of it to the memory of his late father. Things picked up again with the playful “Pamela” and “Junk of the Heart (Happy).”

But the best moments were during “Seaside” and the last song of the night, “Naive,” where everyone in attendance recited all of the lyrics and truly appreciated the extent of The Kooks’ unrelenting artistry. It was an experience.