A Doomed Valentine’s Day comes to Cambridge, and there's nowhere to hide 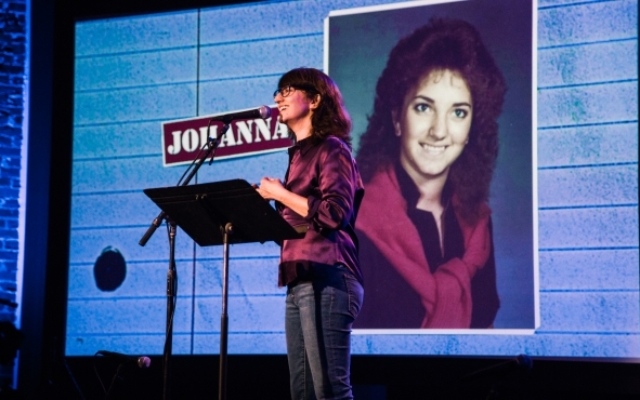 It’s Valentine’s Day, and your mackin’ game is on point. You bought flowers from the guy who knocked on your window at a red light, you managed to get a reservation at the best restaurant in town, and to really show off, you bought chocolate at full price when we’re only a few hours away from ransacking the half-off seasonal leftovers rack at the nearest supermarket.

Those skills may be primo now, but don’t forget that those skills came from very humble, awkward, and melodramatic beginnings — and between Thursday and Saturday night (February 14 and 16), the soul-baring stage show known as Mortified will be at Oberon in Cambridge for a pair of very sold out Valentine’s Day-themed shows, titled Doomed Valentine’s Day, to help you remember.

Founded by Dave Nadelberg in 2002, the mission of Mortified was simple: Get adults on stage to share their most embarrassing childhood artwork and writings in front of complete strangers. From there, it grew into a community where those in attendance quickly began to relate to the performers and feel comfortable sharing their own stories, and for Nadelberg, that’s been an exciting development to witness.

“There’s always been the whole notion of using comedy as a way to create community and connection,” Nadelberg tells Vanyaland. “Audience member will often time walk up to performers after the show and want to share their stories with them about they were also in the marching band, or how they also came from a small midwestern town, and they feel like they just spent a bunch of time with a close friend, and that’s a beautiful thing.”

Over the course of it’s almost 17-year history, the concept of Mortified has made its way from Los Angeles, and has spread the shame all over the country with chapters popping up in Boston, Washington D.C., Austin, Chicago, Denver, New York City, Portland, and the San Francisco bay area, as well as internationally with chapters in Dublin, London, Paris and more.

Spawning from the discovery of an unsent love letter written by Nadelberg in high school, the ripple effect that this movement has created has built a community out of preserved teenage angst, and has found its way to the masses through the various stage shows, a podcast, documentaries and television series (both available on Netflix), as well as a number of books. But even with the momentum that this movement has garnered over the years, Nadelberg was initially surprised at his own reaction to the performances as they grew.

“It was fun getting the chance to laugh at all of this stuff, but it was also a fun way to kind of learn about people,” says Nadelberg. “The surprising thing was that I started getting sucked into the stories of these people’s lives, that sort of accidentally reveal themselves through their childhood and teenage writings.”

Again, these shows at Oberon are quite sold out, and that sucks for the folks that didn’t get tickets, since TV Guidance Counselor host and local comic Ken Reid will be a guest participant during the festivities. However, if you don’t have the chance to make it to these shows, check out the Mortified Podcast for frequent cringe-worthy stories, and keep an eye out for future events, as these raw, and oftentimes emotional performances are not to be missed.