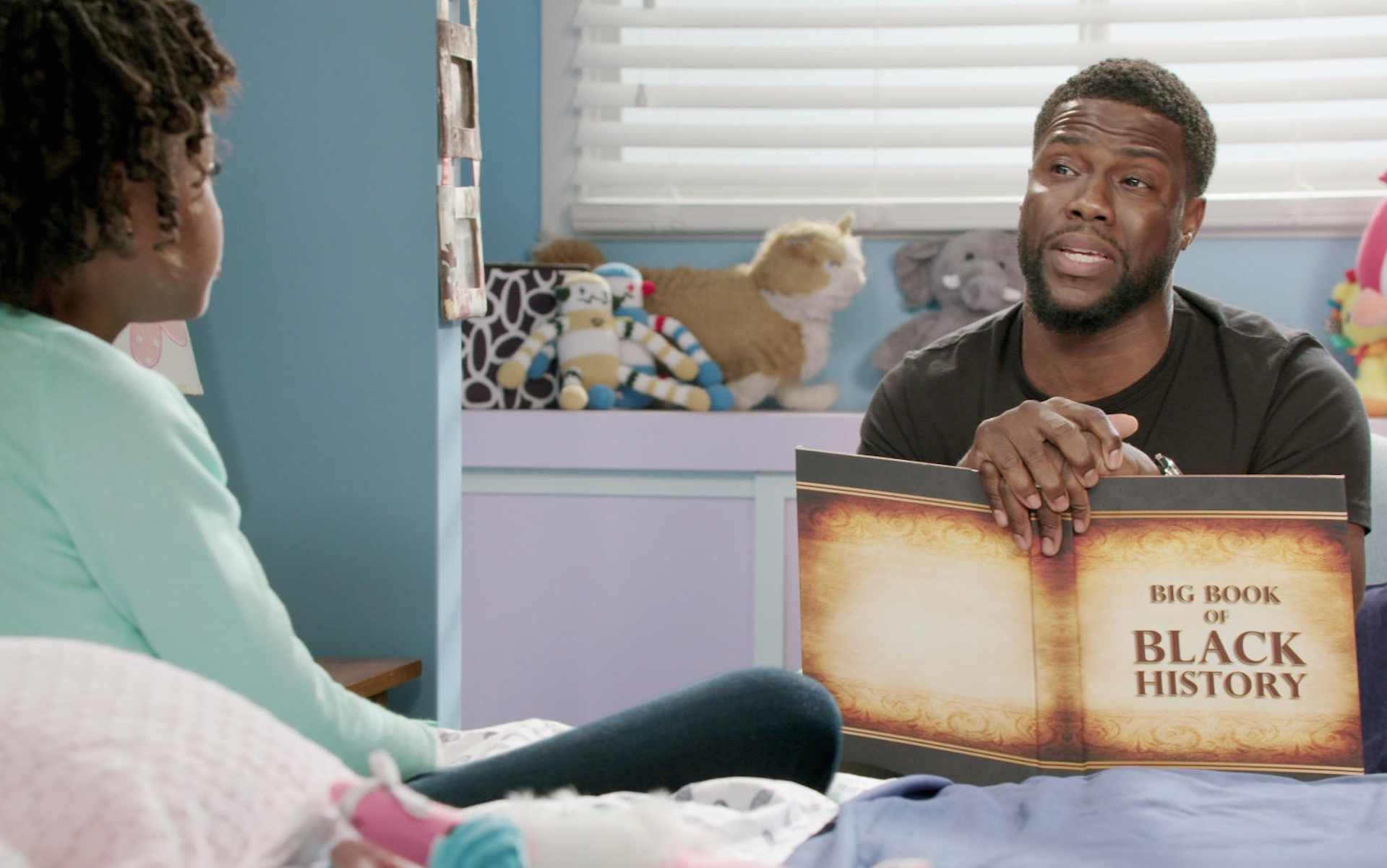 We’re a week into Black History Month, and while lessons on Martin Luther King Jr. and Jackie Robinson are being taught in schools across the country, self-proclaimed “comedy rock star” Kevin Hart has taken a lesson of his own to Netflix to celebrate the less acknowledged minds and hearts that have brought pride and power to the African-American community for the better part of the last 300 years.

Streaming on Netflix as of Friday morning (February 8), Kevin Hart’s Guide to Black History looks at the subtle — and not so subtle — heroism of some of the more under-appreciated figures in history that challenged racial intolerance in hopes of advancing equality. Of course, Hart employs a few friends, as well as his signature wit, to get his point across in the one-hour special, and while it’s pretty much Drunk History without the voiceovers and copious amount of booze, Hart puts together a history lesson worth watching.

With a handful of hyper-lessons on tap, Hart looks into the lives and legacies of visionaries such as Josephine Baker, Vivien Thomas, Robert Johnson and a number of others, in short stories that while not delving into dense detail, share the stories of these powerful men and women with above-average excitement. But Hart couldn’t make it happen alone, so he brought in some friends.

In addition to Tiffany Haddish taking the role of Mae C. Jemison, the first African-American woman to travel to space, Lil’ Rel Howery helps to tell the story of Henry “Box” Brown, a 19th-century slave who found freedom through the USPS, while Tom Kenny — the voice of Spongebob Squarepants — brings Robert Peary to life in the story of explorer and Harvard alum Matthew Henson, the man who was technically the first to reach the North Pole, as opposed to the tale of Peary being the first.

Kevin Hart balances the hilarity with history quite well in his newest film project, but it really could’ve used an appearance by “Weird” Al Yankovic.

Kevin Hart’s Guide to Black History is a true gem in what seems to be an endless round of films featuring Hart over the past few years. But it shouldn’t be ignored.