Lizzo serves ‘Juice’ at her very own late-night disco party 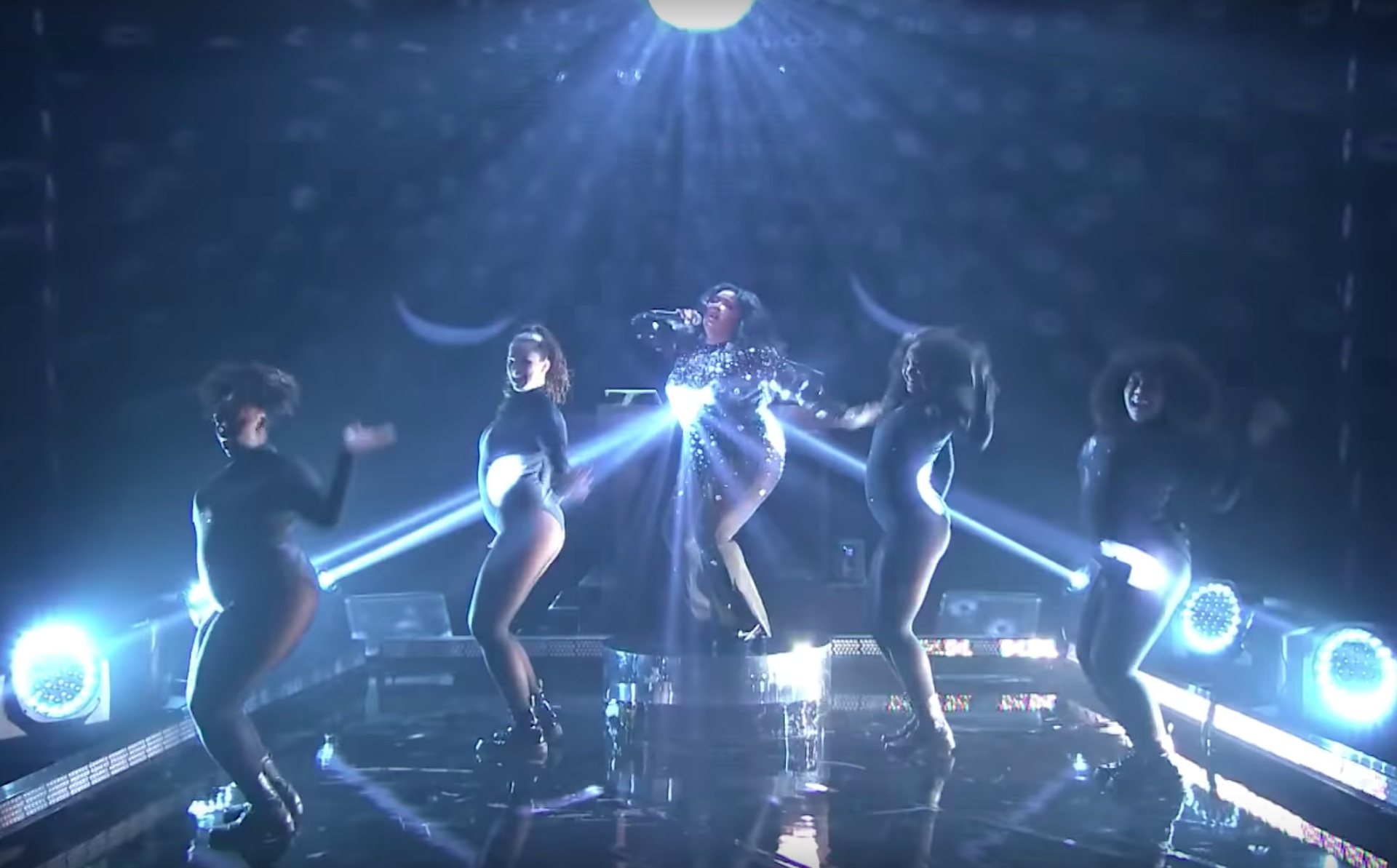 Lizzo has officially willed herself onto your TV screen. After starring in infomercials, workout tapes, and ASMR vids in her delectable new video for “Juice,” the R&B goddess appeared on The Tonight Show Starring Jimmy Fallon last night (February 5) to officially make her face on the silver screen a reality. Decked in a sequin-clad jumpsuit, she tempted the crowd, saying “New York City, are you ready for that oooh aaah sensation?” before accepting a hug from Fallon and a standing ovation from the in-studio audience. Check out all the goodness in between below.