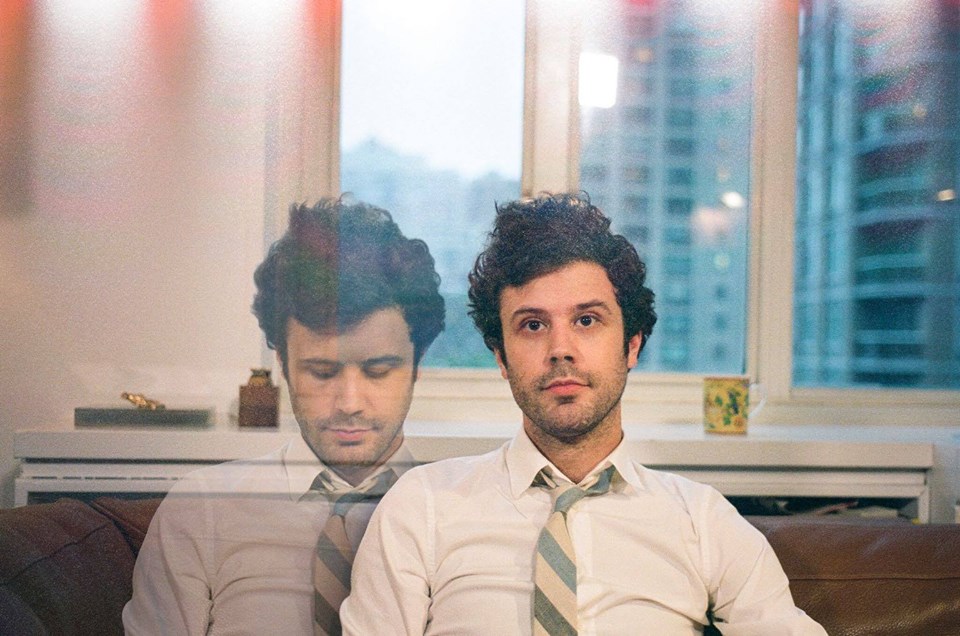 That’s when the Boston-born electronic-pop group released their breakout debut LP Manners, the anticipated follow-up to the prior year’s Chunk of Change EP that saw Michael Angelakos’ project really flesh out their sound and vision. This spring, Passion Pit are taking Manners and all its glorious synth-pop — including banger singles like “The Reeling”, “To Kingdom Come”, and “Little Secrets” — out for a 10th anniversary tour that hits Boston’s House of Blues on May 23.

Of course, Passion Pit is now pretty much Angelakos’ own solo project, having released most recent album Tremendous Sea of Love in 2017. So it remains to be seen if anyone from the group’s classic-era line-up — particularly keyboardist Ayad Al Adhamy, guitarist Ian Hultquist, bassist Jeff Apruzzese, or drummer Nate Donmoyer, who all had a part in Manners — are a part of these anniversary festivities.

If not, hey, it’s still pretty cool, and it’ll be good to see Angelakos bouncing around on stage singing all the songs we loved when we were young(er).

Tickets go on sale to the general public this Friday (February 8) at 10 a.m. local time, with a VIP pre-sale starting tomorrow (February 5).

Check out all the dates on the Manners 10th anniversary tour below, and revisit this classic album via Spotify. 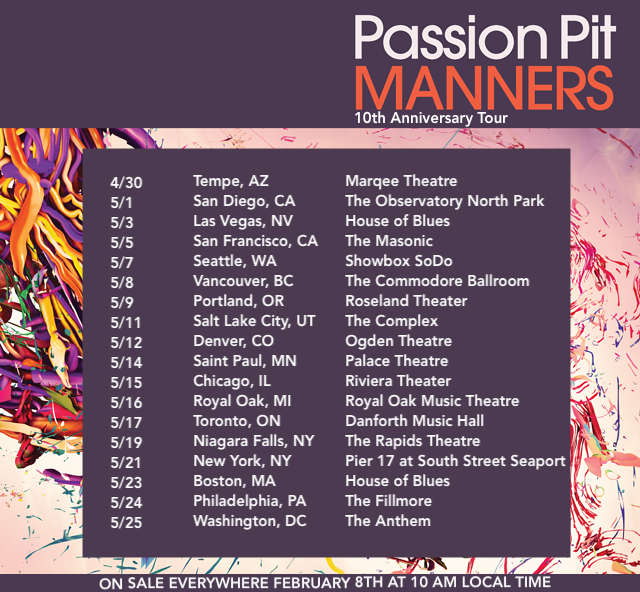