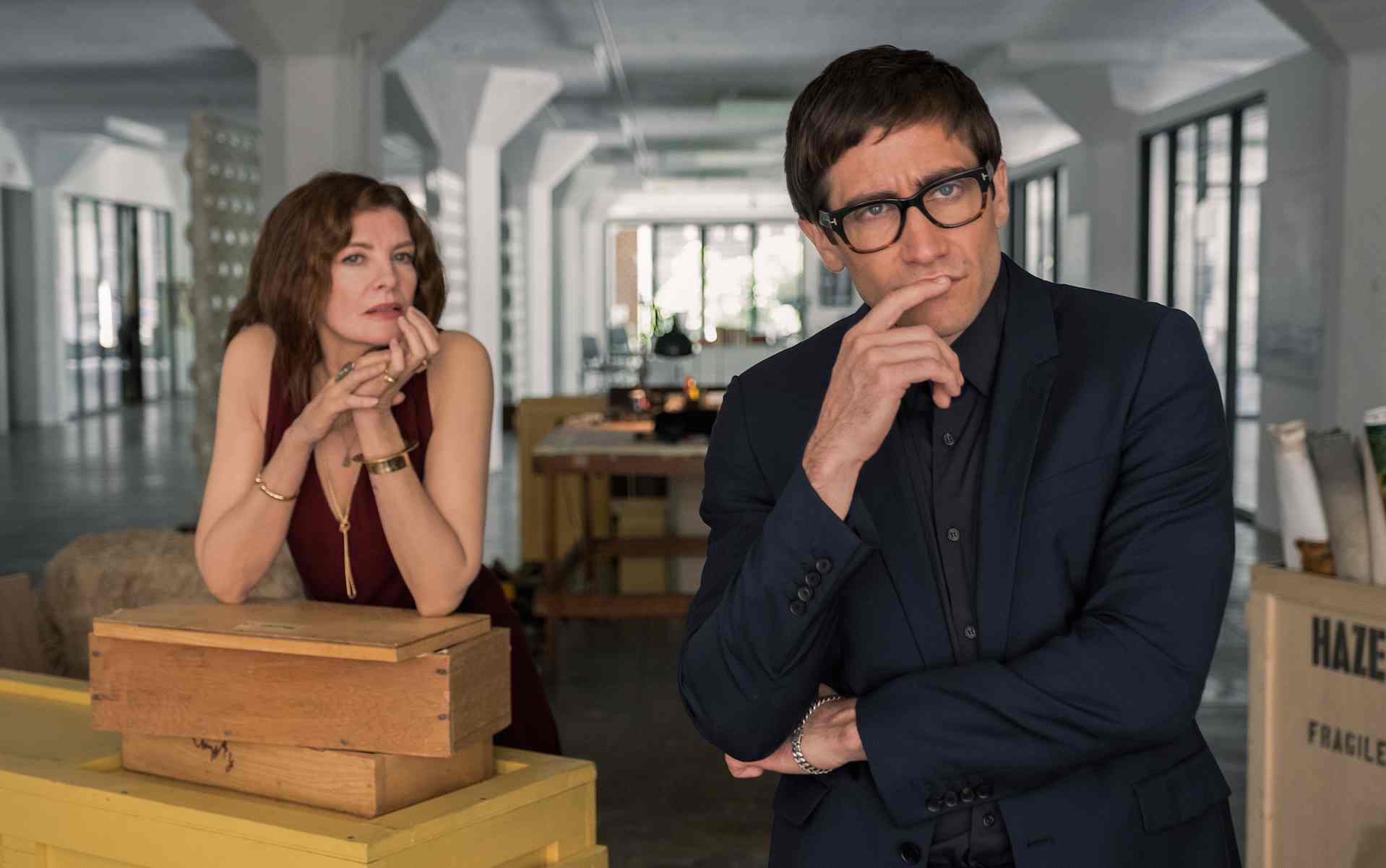 It’s a trip and half to watch something like Dan Gilroy’s Velvet Buzzsaw at a festival like Sundance, given that the primary purpose of this festival is the exchange of cash money for artwork, and that this movie is about, you know, how soulless and ugly that exchange — and all of the press around it — can be. Gilroy’s frustrations are very clearly influenced by the reception his last film, the miserable Roman J. Israel, Esq. (the theatrical cut of which I’ve never seen, only the 150-minute one shown at TIFF in 2017), but it’s never quite as polemical in its anger as certain films have been in the past from once-beloved directors discovering that their work might not be universally beloved (see Shaymalan, M. Night). Part of that is due to its tone — it is a pretty wacky and witty comedy, as opposed to the straight horror that its distributor, Netflix, seems to want to catch your attention with — and that its Altman-esque breadth in terms of the characters that we follow allow for more angles into Gilroy’s criticisms than just saying, tritely, “Fuck critics.” It’s more of a “Fuck everybody,” which is a lot more fun.

Velvet Buzzsaw takes its name from the punk band that made Rhodora Haze (Rene Russo) famous back in the ‘80s, whose logo is forever embossed in a tattoo on her shoulder, even though her anarchist days are long behind her. She’s a high-powered art dealer who has a grip on the LA scene, and she knows what to say and what to do to poach away talent from second-class losers like Jon Dondon (Tom Sturridge). One of her employees, the trod-upon Josephina (Zawe Ashton), is nearly fired after she’s late for work, though she had a pretty damn good excuse: She discovered the body of one of her fellow tenants sprawled out in front of his apartment. Later on, a maintenance worker tells her that the man, named Vetril Dease, was an artist, though he wanted all of his work destroyed after his death, and she decides to check in on his now-abandoned apartment before all of his work is trashed. What she discovers there is a practical treasure trove of masterpieces, the kind of outsider art that all art dealers are ultimately looking for. And since they’re going to be destroyed anyway, Josephina claims them and gives them to Haze.

Dease’s work is rapturously received by the art community, with art critic Morf Vandewalt (Jake Gyllenhaal) proclaiming him to be an unheralded master and demanding from Haze the rights to make a book about his life. It scares the hell out of the artists who see it, from the weathered and newly sober Piers (John Malkovich) to the neophyte Damrish (Daveed Digs), who has just been poached away from his art collective by Haze. But, more importantly, business is good, and that’s good for Haze and everybody who works in her gallery, from metalhead loser Bryson (Billy Magnussen) and receptionist Coco (Stranger Things’ Natalia Dyer). But soon enough, Dease’s work begins being involved in some creepy incidents, most of which result in the deaths of who ever was involved in bringing his work to market in the first place. Vanderwalt also begins to discover the secrets that Dease had hidden away before he passed away, most of which aren’t exactly pleasant, and he soon suspects that he — and everyone else in the scene — will be the next victims. And sure enough, bad shit begins to happen, and I haven’t even mentioned Toni Collette yet!

Anyways, Gilroy’s command of his camera has never been stronger, and the art world gives him a shitload of fun locations and concepts to play with, from a large work involving a total replication of a suburban home in the middle of an art gallery, all the way to the film’s now-infamous silver sphere. There are a number of incredibly creepy concoctions strewn throughout that come to life, from a painting of monkeys working on a car that comes alive and kills a man to the Robotman, a disfigured Uncle Sam who shouts platitudes at his audience and, eventually, his victims. Yet horror isn’t the purpose of Gilroy’s work here: It’s something a lot closer to a straight comedy than any of his previous films, and those hoping for a return to Nightcrawler-esque tension will undoubtedly be disappointed by how shaggy and goofy the film is.

But that’s not a bad thing, in and of itself, and it’s a lot of fun to watch these scenes unfold, given that you can feel in each passing line of dialogue the blissful joy that Gilroy had in writing it. There are times when the whip-fire gags echo classic screwball comedies, and the jokes are able to marinate thanks to all of the atmospherics that follow them. The cast, in turn, looks to be having a great time, from Gyllenhaal, relishing the chance to play the cattiest bitch that he possibly can (even going as far as to offer a critique of the colors at a friend’s funeral at one point) all the way down to Dyer, who is the recipient of perhaps the film’s greatest running joke. The campy tone is all over the place, and I found it to be a feature, though I expect more will find it to be a bug.

This is, in essence, a film made for about 20 or 30 people that will frustrate those not specifically attuned to its wavelength with its obliqueness and how broad or banal it is. But the banality, in its own way, is the point: The criticism is ultimately a venue for these cast to interact with one another and to suffer their respective fates at the hands of Dease’s creations, and the dueling platitudes tossed about in any given scene by any number of characters only add to that effect.

Velvet Buzzsaw is a movie about the culture that emerges around artists, each who try to read the tea leaves and understand what is going through their unknowable minds, and it’s only just that the movie be equally empty and worthy of laughter. This kind of mockery is often indistinguishable from pretension itself, but for those, like me (a professional tea-leaf reader in my own right), who are here for it, there is plenty to love about this goofy and perfectly-pitched satire. Just don’t go in expecting to be scared, please.