Sundance Review: ‘The Inventor’ is a fact-filled, fascinating tale of fraud

What happens when a start-up 'zealot' stops being able to smell their own bullshit? 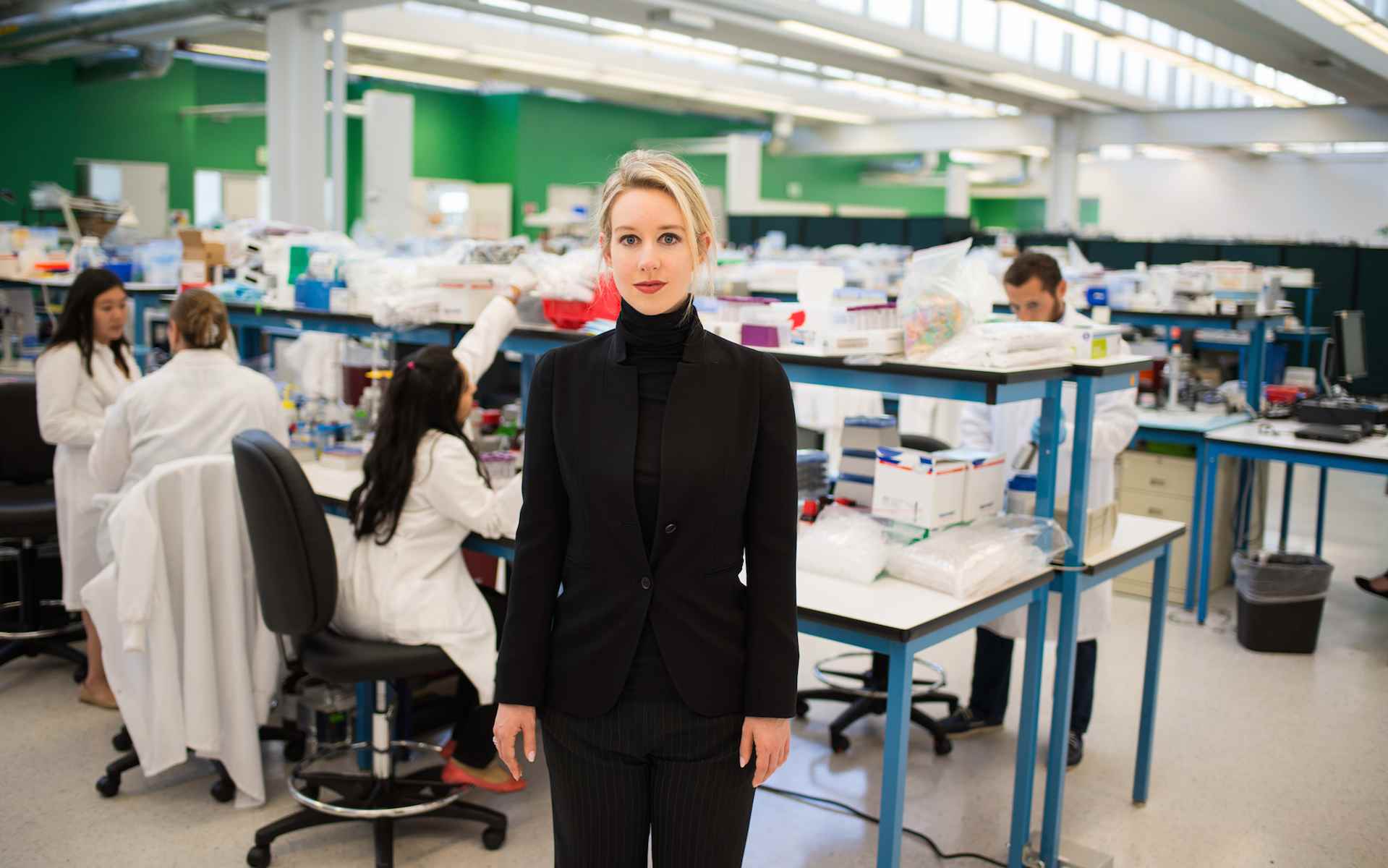 The working relationship between HBO Documentary Films and filmmaker Alex Gibney has been among the most fruitful filmmaking partnerships in recent years, and his latest work for the company is of a similar quality. Though it’s not as all-engrossing as something like Going Clear, the tech fraud disaster story The Inventor: Out for Blood in Silicon Valley is yet another success for the filmmaker, and it’s well worth getting excited over, as it’s a tale of corporate delusion and fraud that, on the surface, seems insignificant compared to his other work but is ultimately a canary in our current technology coal mine.

The Inventor tells the story of Elizabeth Holmes and her now-defunct company Theranos, which promised to create machinery that could do a whole host of blood tests from a single finger-prick’s worth of blood in a device roughly the size of a household printer. Needless to say, the tech didn’t work, but she convinced a lot of smart and/or very rich people that she was on to something, and by the end of Theranos’ lifespan, much like the purple Marvel super-villain who very nearly shares a name with the company, they had caused over $900 million dollars of worth of investors’ money to disappear with the snap of a finger.

Holmes, an intense and unblinking idealist (so much so that several interview subjects remark on literally not being able to see her blink during encounters and interactions with her), is a fascinating subject in her own right — a businesswoman with the impulse to create and the wherewithal to be able to convince others to believe in her skills. Hell, for the first part of the documentary, I was convinced in the righteousness of her message (as I personally hate having blood drawn, as the phlebotomists always struggle finding veins in my arm), until her decisions begin to spiral out of control and begin to ruin people’s lives.

She’s a member of a long line of inventor capitalists, and Gibney seizes upon her own claim to that linage, through the naming of her “innovative” device after Thomas Edison, to provide his film with an interesting visual aesthetic: Much of the film’s non-contemporary footage comes from the Edison company’s early films. Coupled with some early information about that famous inventor, namely that he stalled on the incandescent lightbulb through trickery and bribery (outright giving journalists stock in his company in exchange for good press) until he got it to work properly, the director suggests that this has always, to some extent, been situation normal in this merging of science and business (notably, that it is contributing to the atmosphere today, which one talking head claims is the dot-com boom all over again, except that the companies today are smart enough to keep their work from the public eye). The difference between the two lies in the last part of that sentence: He ultimately got it to work, whereas Holmes simply began taking on more and more bullshit while tilting at windmills and, in the process, endangering the very people that she wanted to help. You do get the feeling that the filmmaker is holding back slightly, having bought into the idea that she may very well be an idealist and not (intentionally or otherwise) a grifter, and her decline is, ultimately, not as compelling to him as her rise as a public figure, whether that comes from a lack of available footage or whatnot.

Where Gibney really succeeds is in his portrayal of the overwhelmingly toxic corporate culture of Theranos, from the cold way they treated an employee that his widow claims helped to lead to his suicide (and from there, the company made no attempt to reach out to her, aside from an attempt to reclaim sensitive documents that were in his possession), to the dangerous operations of the Edison itself, which regularly failed at being sanitary during its testing, which led some scientists working there to worry that they might get hepatitis during the development process. A whistleblower outlines the differences in attitude between those working on carpet — who believed in the marketing and Holmes’ mission — and those who worked on tile, having to engage in the day-to-day desperation of working on a project well aware of its eventual failure. And that’s even before the most serious allegations of fraud began coming into the picture, to which a number of Theranos employees answered the hero’s call and blew the whistle on the failing company. It’s in these sections that Gibney is able to get inside the mind of the average employee, as opposed to attempting to read Holmes’ mind, and it’s when The Inventor really begins to deserve must-see status.

As with most Gibney documentaries — especially his ones focusing on our increasing tech and venture capital-fueled dystopia such as his Steve Jobs piece or Zero Days, not to mention his study of another giant swindle in Enron: The Smartest Guys in the Room — the filmmaker casually drops off fascinating asides, be it from the relationship between fellow filmmakers and marketers or whether or not Silicon Valley should even be focusing on solving problems outside of their purview given the immense risk required to make a solution that would pass even the slightest muster (one need only look at the self-driving car for that). In terms of food for thought, The Inventor is close to a buffet, chock-full of fascinating information, intelligently told through a compelling story of one company’s disaster.