Mineral shoot for the moon at Brighton Music Hall

Live Review: The Texas band rewarded the devout few who risked death by hypothermia on a frigid Sunday night in Allston 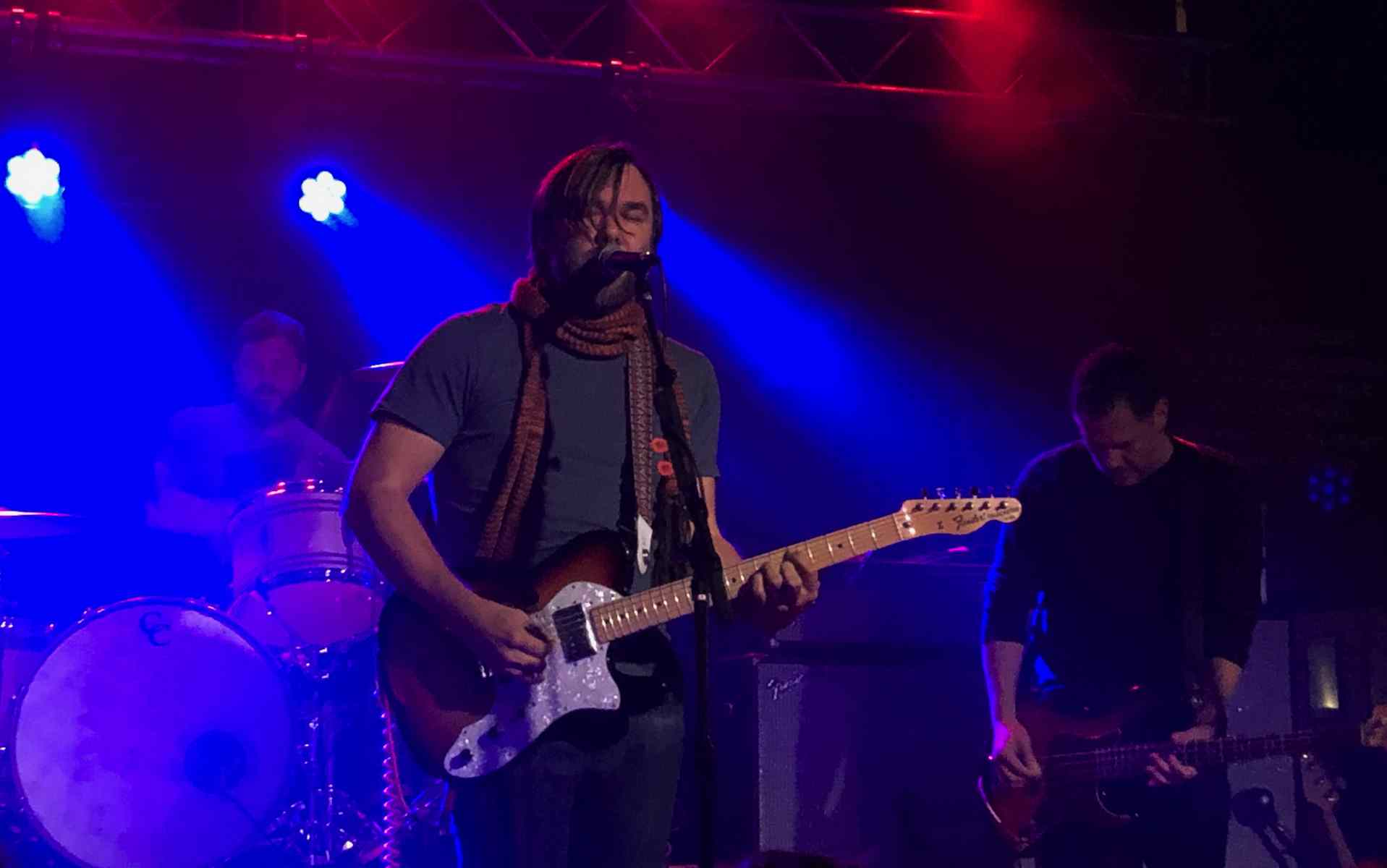 Mineral may only have two albums to their name, but the impact of those albums has reverberated long past the Texas emo band’s 1998 breakup. Their songs, full of dramatic crescendos and unabashed yearning, seemed always to be straining heavenwards; even by the standards of their genre, they were an intense lot. Yet intense music begets intense fandom, and the devout few who risked death by hypothermia to see the reunited Mineral at Brighton Music Hall Sunday night (January 20) were amply rewarded for their faith.

Jess Abbott, whose solo project Tancred opened the show, has the art of the concise, catchy power-pop song down to a science. She and her backing band whipped through 11 hooky jams with verve to spare, their spirits seemingly undampened by the fact that they had apparently needed Brighton Music Hall staff’s help pushing their van to its final destination. Maybe they were just relieved to see the crowd bopping along; according to Abbott, the New York audience Tancred played to the night before had greeted them with stony indifference. Though most of the set was decidedly upbeat, there were a few detours into slightly darker (though no less melodic) territory, like the quietly moody “Clipping” and the grungy “Underwear.” Generally, though, Tancred’s infectious pop-craft served as a welcome counterbalance to the solemn passion of the main attraction.

The first three songs Mineral played were the first three songs from their 1997 debut The Power of Failing, and to say that this triptych was easily the evening’s peak is by no means an insult to the rest of their set. It’s just that “Five, Eight and Ten,” “Gloria,” and “Slower” were absolute monsters, racing full-throttle to epic refrains which demanded to be hollered back at the band, preferably with fists upraised. At its best, music like this sweeps you up in its rapture, briefly filling your heart with the unshakeable conviction of a Romantic poet. Thankfully, Mineral can still play with the tightness and fervor necessary to pull this style off. Chris Simpson’s voice has somehow retained the youthful qualities — tremulous, yet mighty — that have always made his melodies so affecting, while he and co-guitarist Scott McCarver expertly navigated the frequent transitions from tranquil arpeggios to roaring power chords.

After bursting out of the gate, Mineral slowed the pace down, leaning heavily on their more meditative 1998 record EndSerenading. Almost all of these songs still built to the sort of rousing denouements that might have given fellow Austinites Explosions in the Sky some ideas — they just took their time doing it. Emotionally gratifying as this template can be, it did become a bit exhausting when repeated so many times in a row. The two new songs Mineral played (the first they’ve released since their initial run) offered some neat variations on the formula, with “Aurora” patiently winding its way through eight gorgeous minutes and “Your Body is the World” riding a bass line almost cool enough to justify its unfortunately John Mayer-adjacent title. The faster songs also tended to be standouts, especially the desperate catharsis of “80-37” and the irresistibly twinkly “ForIvadell.”

About a minute of guitar feedback separated the main set from the encore, which, just like EndSerenading, started with the drum-less meditation “LoveLetterTypewriter” before flowing into the stately, majestic “Palisade.” Once they had thanked everyone who made the night possible one last time, Mineral closed with “Parking Lot,” its lyrics of surrender and acceptance putting a beautiful bow on the evening: “So come on with the darkness / Come on with the fear / ’Cause I’ve got to start somewhere / And it might as well be here.”