Sheep Brains and Beer: The story behind the Misfits' 1983 ‘Braineaters’ video shoot at the iconic Boston mainstay 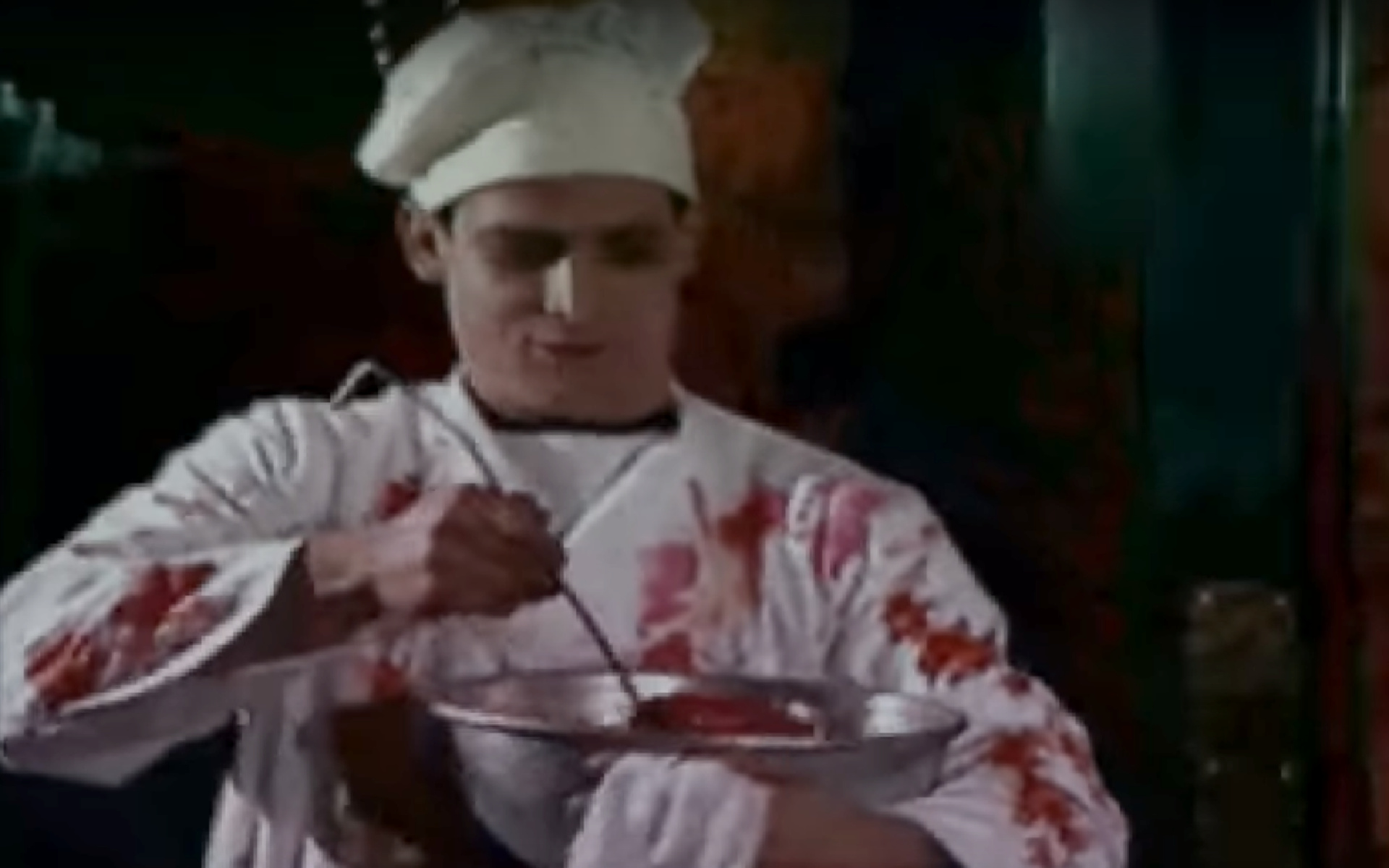 One week ago, the shocking news came down that Faneuil Hall mainstay Durgin-Park would be shuttering its doors after nearly 200 years. Having first opened in 1827, the restaurant quickly became known for the standard New England eats of clam chowder, baked beans, and a variety of seafood alongside signature dishes like Yankee Pot Roast and Baked Indian Pudding, all served by an irascible waitstaff whose biting banter was just as enjoyable as the broiled schrod. On Saturday (January 12), that all comes to an end.

Over its almost two-century history, Durgin-Park no doubt saw its fair share of shenanigans and head-scratching moments, but it’s likely none were quite as startling as when the Misfits took over the third-floor in late 1983 to shoot a video for “Braineaters,” the closing track on their first full-length LP Walk Among Us, which came out one year prior. It was the only official clip filmed during the era of the band when Glenn Danzig was the frontman, though nothing was ever done with it. It’s obvious by looking at the video, even in a deteriorated form due to being copied from a copy of a copy, that it was never going to be accepted for heavy rotation on MTV. Short even by Misfits standards, the track clocks in at less than one minute.

The New Jersey horror punk outfit were in town for a show that day at The Channel, a gig that was pro-shot but also never released. Filmed in the Peter Faneuil Room, a private dining area which looks almost identical three and a half decades later, “Braineaters” sees Misfits drummer Robo dressed as a chef coming out of the kitchen to serve disgusting slop to a raunchy crew made up of Danzig, bassist Jerry Only, his brother and guitarist Doyle Wolfgang von Frankenstein and a host of notables from the early-80s Boston punk rock scene. Vanyaland caught up with one of the characters from the gang of miscreants, The F.U.’s frontman John Sox, who revealed how it all went down.

“The Misfits knew us because Steve Grimes from The F.U.’s had set up a big hall show for them,” Sox recalls. “Jerry and Doyle were already in full makeup and gear including platform boots; Doyle was already tall, but the boots made him gigantic. They asked if anybody could help them find a place in the North End. I had lived there for a few months in a prior summer, so I volunteered. The three of us jaywalked across Causeway Street to the North End on a sunny morning. I was surprised they didn’t stop traffic. They looked pretty intimidating, so I think passers-by were afraid to stare but wanted to.”

“We walked up to this address which was a butcher shop,” he continues. “Jerry handed the butcher an invoice and the butcher nodded and went in the back of the shop. I think the butcher was scared, too; he seemed to be acting as if this was just routine as he wheeled out one, then another of what looked to me like industrial-sized drums of chum. The butcher was handed a check and the brothers wheeled the two drums on flat dollies out of the shop, up the street and across Causeway. I had no idea what was going on, and the feeling was made no less surreal by my lack of a first cup of coffee. As it turned out, one drum was brimming with cow brains and the other with sheep brains with a volume that went way beyond the needs of the video filming.”

Sox then joined the cast at Durgin-Park which included other members of the F.U.’s, D.Y.S., S.S. Decontrol and Impact Unit. They laughed as “gobsmacked brunchers” watched two massive ghouls stroll through the main dining hall to the kitchen. The always inventive Misfits added a massive bucket of Karo Syrup to the mix, along with a bunch of red dye to make the mixture look more bloody and disgusting — a goal that was easily achieved.

All that was left was to roll camera and let the bonkers scene unfold.

“The mugs on the table were filled with ice cold Heineken, so we starving punk ‘artists’ were quite content to ham it up and appear as boarding house ghoul kids that were getting sick and tired of being fed brains on a daily basis,” Sox says, waxing on the not-so-high-brow lyrical subject matter of the song. “Not because they didn’t like eating brains, mind you. They just wanted to try other body parts once in a while. Anyway, it was the most fun and memorable day I had ever had in the vicinity of touristy downtown Boston!”

Sox and The F.U.’s will be taking part in Not a Wasted Night tonight at The Paradise, an epic bill of local punk and hardcore to benefit Gang Green’s Chris Doherty, who suffered a stroke last fall.

Meanwhile, Durgin-Park will serve its final lobster roll tomorrow night. Cow brains are not on the menu.