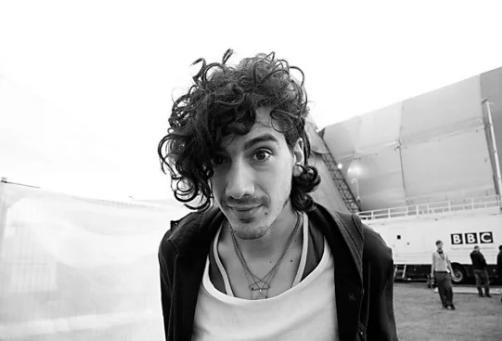 We don’t pay too much attention to the Golden Globes, but it was hard to ignore a familiar face from the late-’90s and early-’00s Boston music scene appearing on our television screens last night (January 6). That face belonged to Anthony Rossomando, the former guitarist of Boston garage rock band The Damn Personals.

Rossomando earned a Golden Globe for Best Original Song as co-songwriter of “Shallow”, Lady Gaga’s award-winning track from last year’s A Star Is Born. He joined Gaga, Mark Ronson, and Andrew Wyatt on stage last night at The Beverly Hilton in Beverly Hills to accept the award. “As a woman, it is really hard to be taken seriously as a musician and as a songwriter,” Gaga told the crowd, motioning to the three people around her. “These three incredible men lifted me up and supported me.”

A popular prediction pick before the awards ceremony, “Shallow” defeated “All the Stars” from Black Panther, “Girl in the Movies” from Dumplin’, “Requiem For a Private War” from A Private War, and “Revelation” from Boy Erased.

After The Damn Personals disbanded in 2005, Rossomando, who also played with The Libertines as a fill-in for Pete Doherty, formed Dirty Pretty Things with Libertine Carl Barât. He’s also been a member of British band Klaxons, and has since written songs for D’angelo, MNDR, and Cathy Dennis.

Take a trip in the way-back machine and watch video of Rossomando playing “Drugs & Sex” with The Damn Personals at the 2003 FNX Best Music Poll at Avalon. And enjoy that Explosion shout-out right at the start.