Holiday Slay: Festive gigs to catch around Boston before Christmas

From Allston to Somerville, here are a few shows to hit up before snow hits the sleigh on December 25

Not only do concerts have copious amounts of alcohol, guaranteed, but they also lack any unwanted coworkers, family members, and awkward obligatory gift-giving. Add in the bonus of using a show as an excuse to miss one of those aforementioned parties and we don’t think we really need to tell you why hitting up a gig in the next week is a truly magical idea. From Allston to Somerville, here are a few shows to catch before snow hits the sleigh on December 25.

Who said mini-fests have to take place during the warm weather? Following a stint at The Sinclair last year, the 13th annual Wreck the Halls concert series storms Brighton Music Hall each day this weekend, starting on Friday (December 14) and wrapping up on Sunday (December 16). Boston punk veterans Street Dogs will perform at all three shows, but opening sets from Ramallah, 1916, Slapshot, Dori Cameron and the Invisible Monsters, Art Thieves, and Noi!se are split between the dates. One dollar from each ticket ($22 advance, $25 dos) will be donated to Mass Fallen Heroes. Doors open at 7 p.m. for each show. Please don’t barf.

If you missed last weekend’s holiday market at Great Scott, there’s still time to hit the Allston venue’s annual holiday party this Sunday (December 16). In typical Great Scott fashion, the festivities start on the later side (9 p.m.) but the entertainment from Boston psych-punk band Gold Blood & Associates and local institution The Scrooges, Boston’s vey own all-Santa Stooges cover band, is free of charge. The bar and venue will also be collecting unwrapped gifts and toys to donate to the Massachusetts Department of Children and Families. 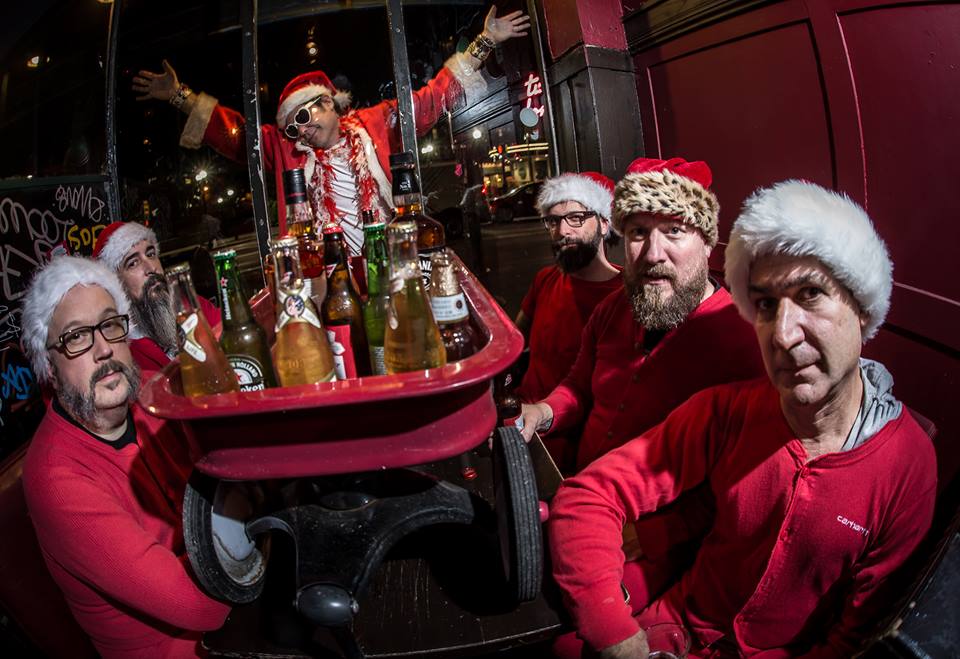 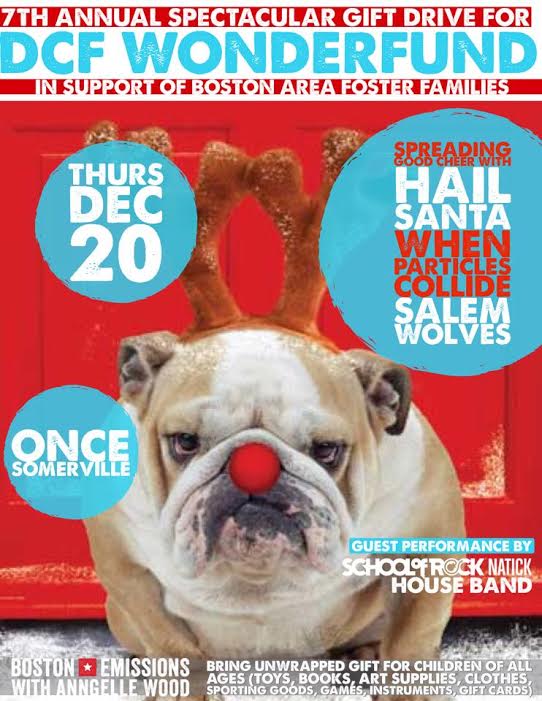 It’s girls’ night in at the Lizard Lounge next Thursday night (December 20) to raise cash for the Girls Rock Campaign Boston, one a few upcoming local fundraisers for the cause. Starting at 8 p.m., Liz Bills, Sarah Blacker, Nicole Coogan (The Devil’s Twins), Carissa Johnson, Gretchen Klempa (Gretchen & The Pickpockets), Annabel Lee, and Ali McGuirk all take the stage, with a holiday raffle capping the evening off. Tickets are $15 advance and $15 at the door, with a portion of the ticket sales going to the Girls Rock Campaign. 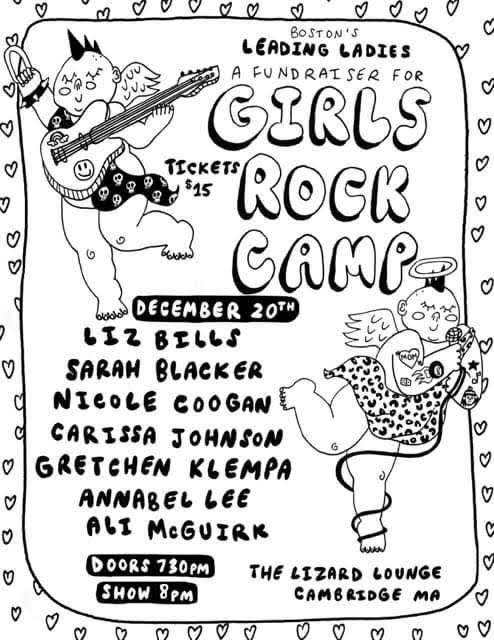 You heard this new genre here first: No, it’s not jangle-pop (which is definitely its own established thing), it’s jingle punk, a new style courtesy of Lily Black and Co. Black hosts a holiday show at Sally O’Brien’s next Saturday (December 22) with support from The Knock Ups, Happy Little Clouds, and BAABES. The jingle-jangle-jams start at 9 p.m. with a $10 cover. Come with bells on. 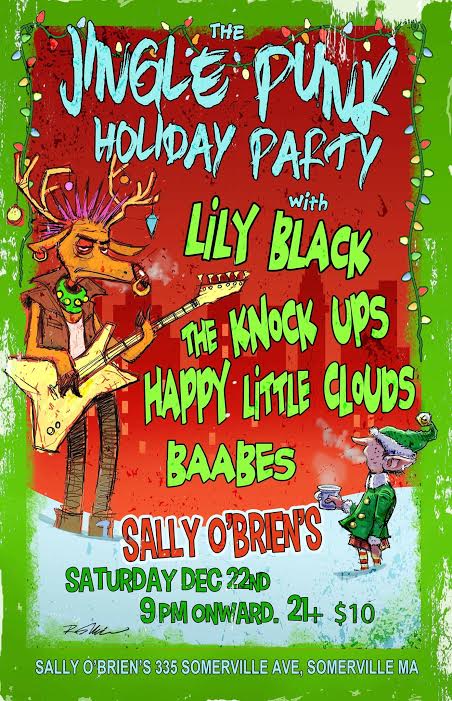