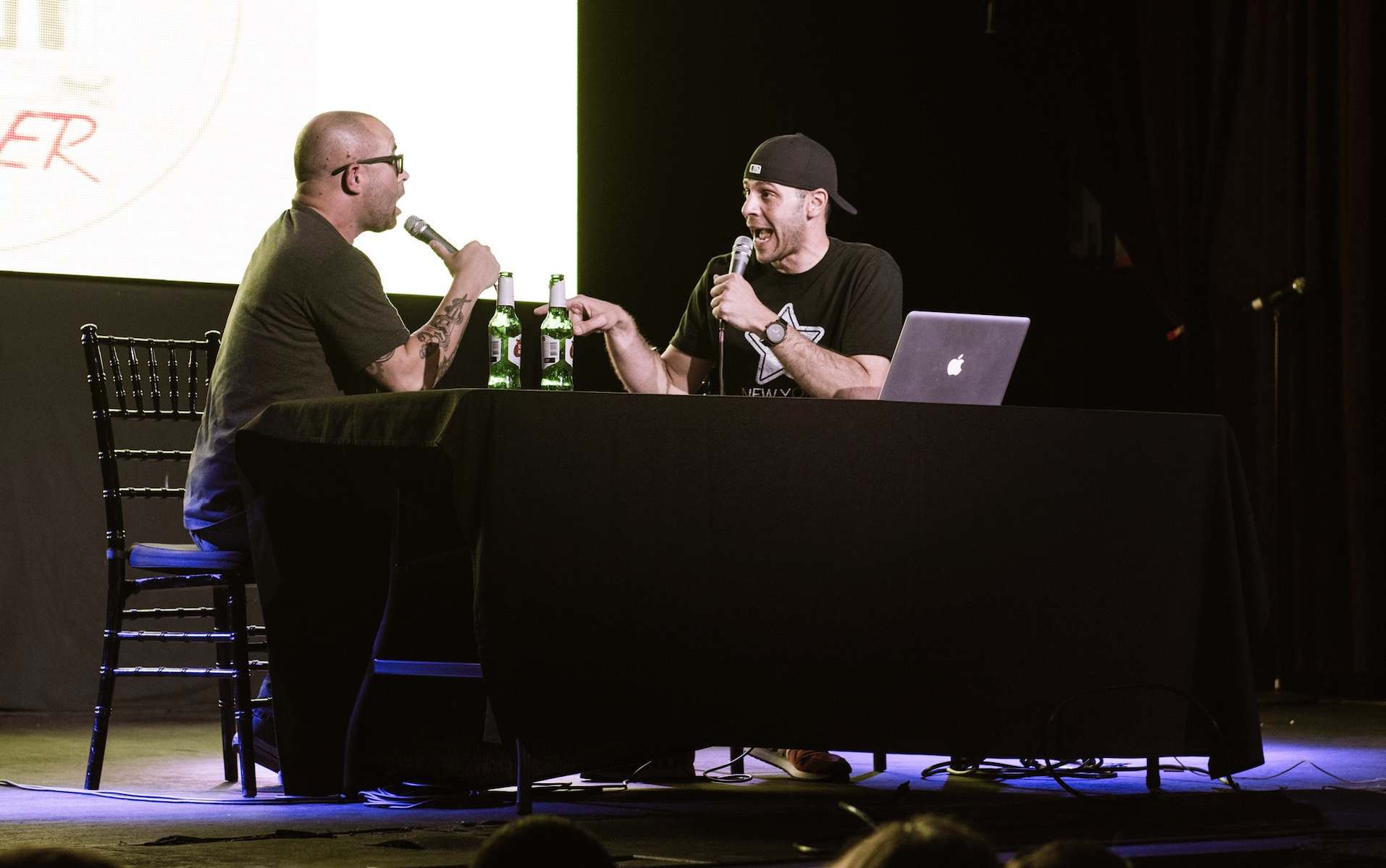 On the heels of taking home the hardware for “Best True Crime Podcast” at the Discover Pod Awards, James Pietragallo and Jimmie Whisman want fans of their hit podcast, Small Town Murder, to expect two things when they come to town this week: Fun and death.

Staying true to their motto, the J-team will shut up and give you murder at The Wilbur Theatre on Thursday night (December 13) to discuss their latest case of small town foibles and criminal activity, and while they’re steering clear of eating in the Seaport (after a certain seafood place gave them both food poisoning last year) they couldn’t be more excited to bring the show back to the east coast.

“East coast crowds are animals,” Pietragallo tells Vanyaland. “You can be mean, and they like it. If you have someone who is being too loud, like this lady we had in Philly, we just told her to shut the fuck up. You can’t do that in a lot of other cities. There are places where you have to be sort of gentle with the crowd a few times before saying something. But on the east coast, you can say that to someone, and the rest of the crowd will cheer and chant it with you.”

Whisman admits that the hardest part of doing the live episodes is the travel involved, but it’s the energy of the live crowds that helps him and his partner in crime make it through the frustration of running through airports. The live setting also brings a new layer to the show’s delivery that adds to the excitement of going to a new city, and offers up certain aspects that can’t be achieved behind a studio mic.

“If the live show was in the basement in our dungeon every week, it would be the best show ever,” says Whisman, with Pietragallo adding: “It’s really apples and oranges. We like to sit in our studio and have a fun conversation, but the energy from the audience is huge, and it helps so much. It’s weird, but we get more laughs at our live episodes than I’ve seen at most stand-up shows. It’s just a whole different thing.”

Pietragallo and Whisman have come up through the comedy scene in Phoenix together, so they’ve had some time to figure out the ins and outs of each other’s on-stage attributes. That has come to prove invaluable for the live podcasts, and has really helped them up their game and retain, and in turn watch their audience multiply as a result of their precision.

“Doing these shows for five hours a week, we’re just so used to each other at this point,” says Pietragallo. “It’s like looking at a professional kitchen, where everyone looks like they’re going to bump into each other, but they know exactly where to go, because they’ve spent so much time working alongside each other. Jimmie and I don’t step on each other very much.”

The Phoenix-based duo have created a cult following with their insights to small town tragedies, and the way Whisman sees it, the big payoff for them doing the show live all over the country is being able to see the faces of the fans that have made it all possible.

“I’m looking forward to the people who listen to us, and not just the people that were here for us last time,” he says. “I’m looking forward to the new people, and it’s a reward for us to see the people who listen to us weekly, and it really solidifies this for us. James and I are very thankful for these crowds, and being given the chance to show how hard we work at this, and just giving back a little bit of our time, and hang with everyone.” 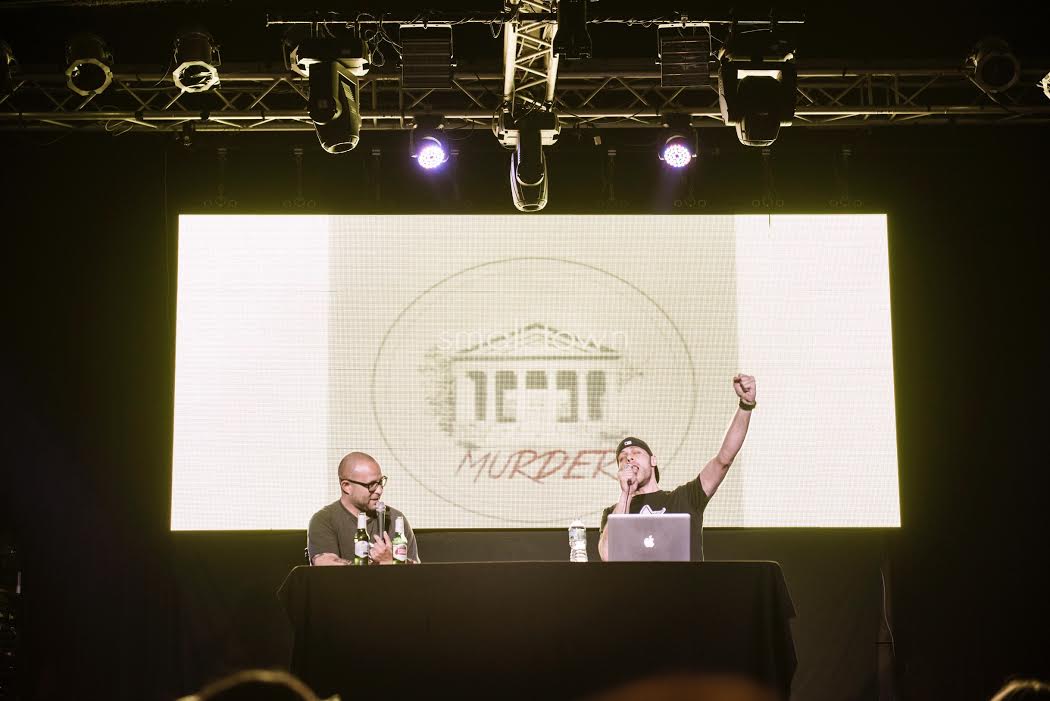