For Her Crimes: An interview with Marissa Nadler

The Boston songwriter discusses her latest album, true crime podcasts, and her writing and recording process 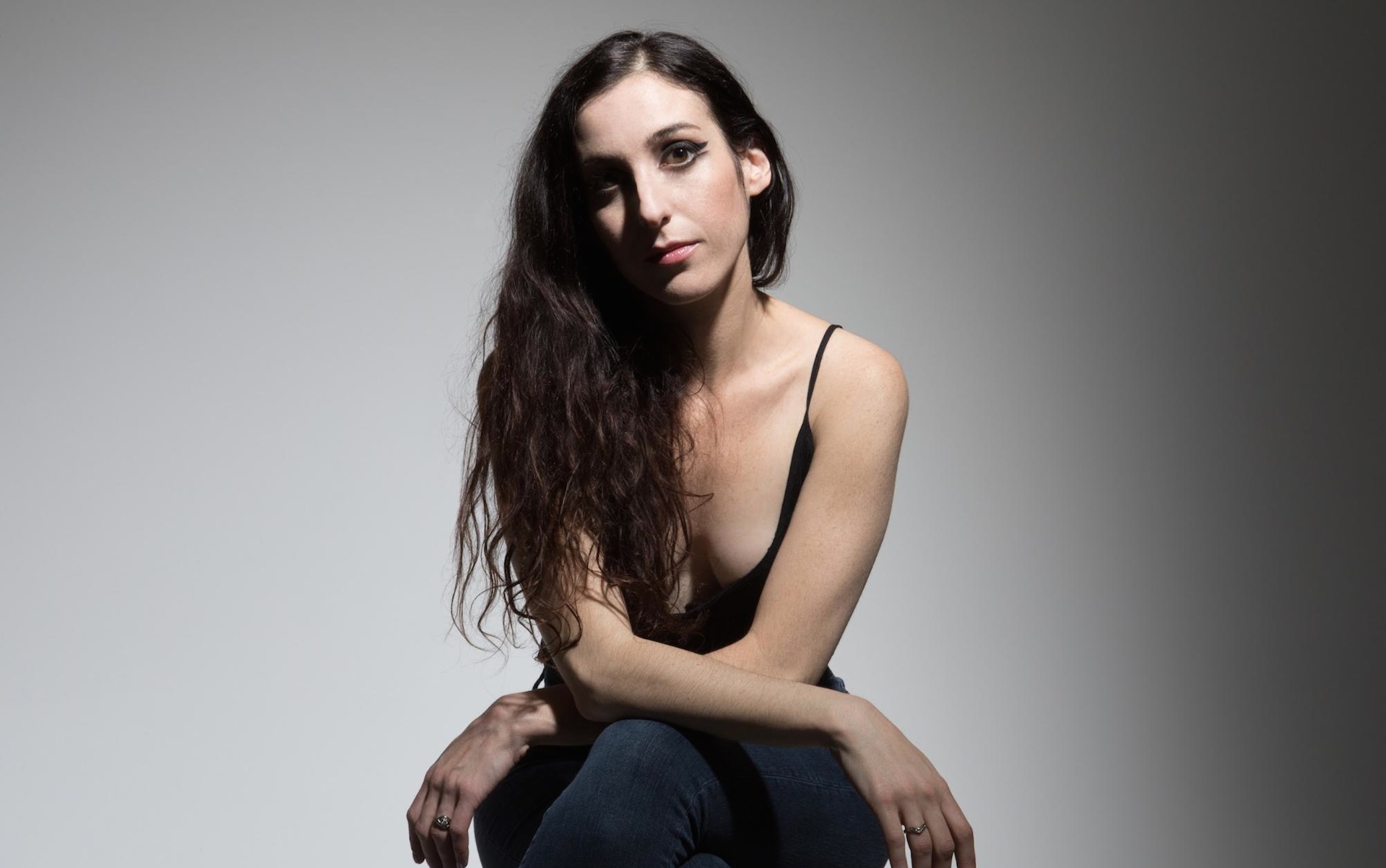 Her solo discography may broadly be described as “folk,” but there are so many textures that not only add depth but also defiance. Similar to this music, her paintings are rooted in a highly physical discipline but maintain an almost incorporeal quality. Enigmatic without being guarded. And grasp as we might for the moments in front of us, they slip through fingers like smoke.

Nadler’s latest, For My Crimes, out this past September via Sacred Bones, is a lush affair that builds upon an already impressive career. Adorned the flourishes of some talented collaborators, it may very well be her best album yet. Vanyaland caught up with to Nadler ahead of her tour closer at Great Scott in Allston this Saturday (December 8). She discussed the writing and recording process, influences on the record, and her love of true crime podcasts — and what they might say about us.

Nick Calvino: What was the genesis of some the songs? Were they written in one batch, or is it a collection of stuff from over time?

Marissa Nadler: I think I started writing again after I returned home from touring [2016 record] Strangers. So it was about two years of writing, and there were about 30 or 40 demos and we picked the best ones after sending some out for some feedback. It’s sometimes hard to know when you’re so close [laughs]. They were mostly written in one batch, though about half of the record was written right before I went into the studio.

That’s pretty close to the wire.

Yeah. I think I work well under pressure.

The title track has a very unique perspective. I believe it’s that of someone on death row. Is that true? Where did that inspiration come from? Or was it more of a writing exercise?

Well… one of the producers, there’s kind of three producers: Me, Justin Raisen, and Lawrence Rothman. And Justin emailed me right before we went into the studio and kind of of put me to the test and wondered if there were any more songs in me.

So I asked [husband, writer, and Hallelujah The Hills frontman] Ryan Walsh for an assignment. Gotta give credit where credit is due! He just said “write a song about death row.” And then, of course, I was excited about the assignment and wrote it. And the minute I wrote it, I knew it wasn’t about death row. It was about guilt and forgiveness and other human things like that. The assignment worked out well. Sometimes you need a little extra push.

Did any of the other songs come from a similar place?

No, that was the only one with a direct writing assignment. But, I would say that the songs… I don’t reveal too much… but I’ll say that they’re very personal [laughs].

Were there any specific influences on this record?

I think whatever songs you ever hear influence the way you write a melody. I was listening to a lot of ambient music just for relaxation. Harold Budd and Brian Eno collaborative records. And listening to podcasts about true crime…

I love true crime. I’ve listened to pretty much every episode of Sword and Scale, Criminal, Serial… I just burn through them when I feel like tuning out and listening to somebody else’s story.

Have you dipped into the one about Providence politics [Crimetown]…

Yes! I did listen to that one.

I actually lived in Providence when I was at RISD, when Buddy Cianci got released. I was kind of there in the Buddy reign so I can relate to that podcast quite a bit.

I’m not sure what it is, but there’s something eerily-calming about listening to true crime podcasts, or even Lore. It’s calming… but it shouldn’t be.

I think I figured that out. I’ve wondered the same thing. I think listening to other people’s problems can really make your own feel small in comparison. It’s like a distraction. Or at least for me. There’s also the entertainment. People like horror and gore.

Your collaborators on this record were really something else. Very strong feminine voices and also Morphine’s Dana Colley. Had you had them in mind when writing these songs or did it come about by chance?

I wrote the songs in a kind of “incubator,” like I do with all of my work. I was just writing to write the best songs that I could in preparation for taking them into the studio. My demoing process is very insular where there’s tons of layers and harmonies. But when I decided to work with Justin and Lawrence, a lot of it had to do with Angel [Olsen]’s last record. I really love the way her voice sounded on those recordings, so I looked at who produced it.

Angel’s a friend of mine. We played together in 2006 and I go way back with her. And when I looked at who produced it, they wrote me back immediately and were really excited. So it was actually Justin that urged me to reach out to people. I maybe wouldn’t have done that myself if not for the extra push, but I have been friends with them, like Sharon [Van Etten] and Angel.

I thought that having different approaches to harmony would just make the songs even better. I really respect the people that I asked and carefully chose them based on that fact. I also got lucky in that everybody was kind of in L.A. at the same time. There was a lot of good luck.

Like Kristin [Kontrol] of Dum Dum Girls. She’s the only one that I didn’t know too well before and she blew my mind when she sang the harmony for “Blue Vapor.” I loved her music and she sang a harmony that I would have never sung before because we have different sensibilities. It’s pretty exciting.

Not to focus too much on the gendered aspect of it, but it’s not hard to see an awesome rise in popularity and scope of the female voice in music now more than ever. Does that often have an impact on your work with regards to where your music is coming from? Does having so many voices like that coming out at once push you in new directions?

I think women have always been writing great songs. I just think people are paying more attention and they’re getting placed on an equal pedestal that they deserve now. I think there maybe isn’t such a rise in the female voice as there is an opening of awareness in the need for equality that’s happening.

But I think I did consciously try not to have a bunch of dudes on this record. I definitely was conscious that I was asking only women, for the most part. It wasn’t to be excluding to men. But I happen to just really love how female voices sound together in a musical way. I think it’s great that I’m living in a time where there’s a lot of great songwriters that are women that I can call inspirations.

And how did Dana’s involvement come about?

I met Dana at this benefit concert that Tanya Donelly also played. For whatever reason, Dana and I hit it off when we met and I do love Morphine. For that particular song, I was just looking for some more instrumentation. We ran out of time in the studio, so the string section and the horns were added remotely. I’ve always wanted to have a saxophone. I saw Vapors of Morphine play that night and was really blown away by Dana’s talent. I think it adds a lot to the song.

You also have harp on the record?

Yeah! So Mary Lattimore is an incredible musician. She’s is another friend of mine that toured with me a bit and opened for me in Europe. She plays with a ton of great people like Kurt Vile. She’s an in-demand harp player, if you can imagine that. She makes it cool and she does a lot of layering and looping. I knew she was in L.A. and invited her to the studio to add some layers and it’s beautiful, spaced out stuff.

How has the tour and new songs been thus far? What can Boston expect for the tour closer?

Touring the new record has been great. There’s been a lot more people coming to the shows lately and generally really nice energy around the tour. I’ll be playing 12-string electric, six-string, and singing the songs. I’ll be performing as a duo in Boston, with added bass, side guitar, and harmony vocals courtesy of Milky Burgess.