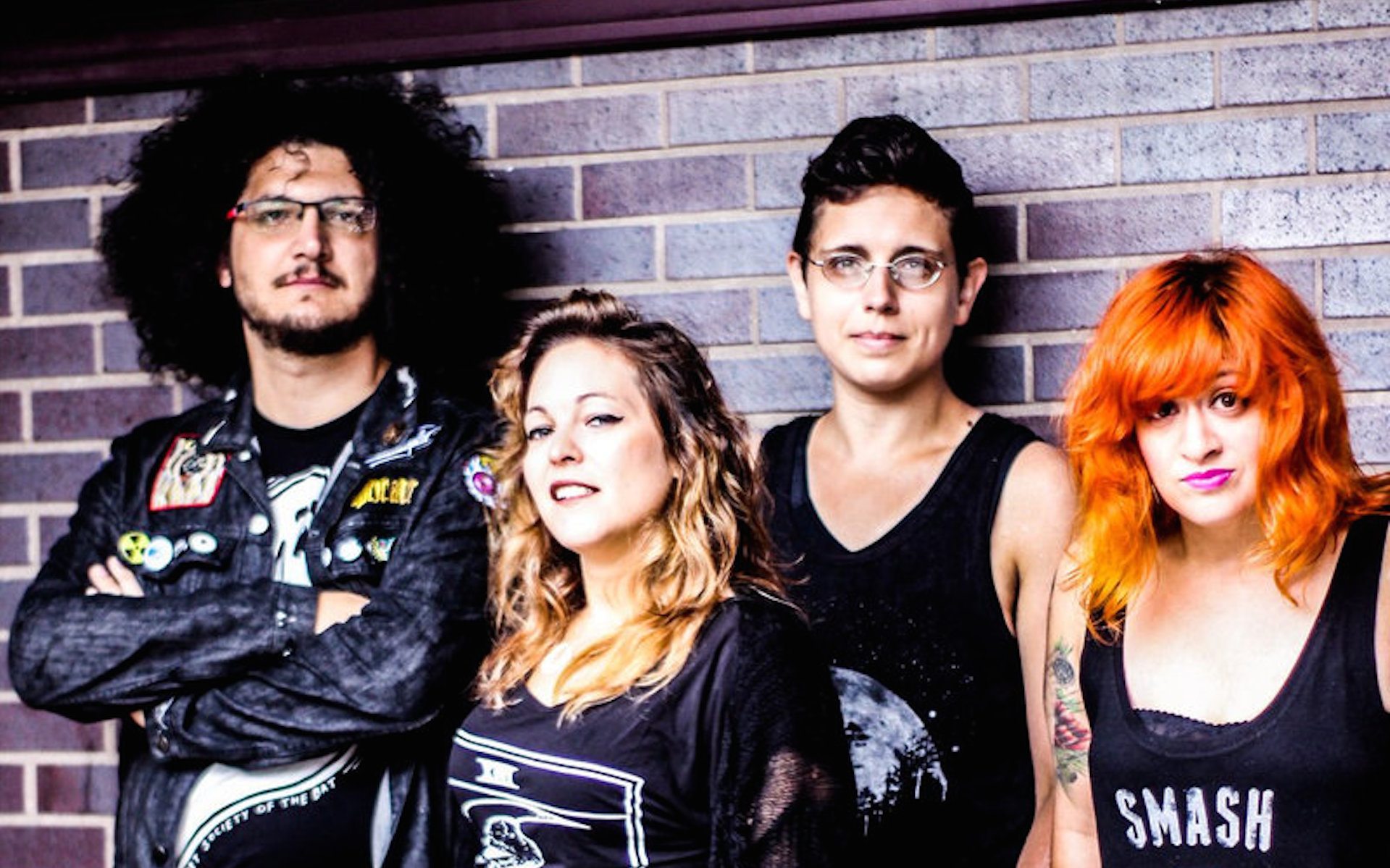 As a band, Radium Girls came together quickly.

Recording some music was altogether a different story.

The Boston-based guitar-rock quartet, who play Sally O’Brien’s in Somerville on Friday (November 30), first assembled in 2014 through what drummer Brooke Feinberg calls a “gravitational band formation”: They all met on a Friday, and by that Sunday were playing T.T. The Bear’s Place, without much experience performing live, as part of Ladies Rock Camp Boston, a fundraiser for non-profit female youth empowerment organization Girls Rock Campaign Boston.

Then came years of gigging around town; playing shows and parties and serving up their fuzzy, stomp-along brand of DIY-bred rock and roll to friends, fans, and a growing network of allegiances within the Boston music scene. But Radium Girls songs never got the recording treatment beyond saving loose ideas to phone voice memo apps. That all changed after a May gig at The Burren, when the band opened for Juliana Hatfield.

“The cool thing about being people that were fans of the music scene before participating in this particular way is that we know so many pillars of the community who somehow all came along for the ride,” Feinberg tells Vanyaland. “Ed Valauskas, who may as well have ‘gig fairy mensch of Somerville’ on his business card, hooked us up with an opening set when Juliana Hatfield decided to do Bed in its chronology on its 20th anniversary at The Burren. Somehow over the course of that night playing with Juliana, Jason Bitner, who comes to all the Radium Girls shows and is a mastering engineer and production supervisor at Traffic, hatched a plan with Ed to have us record at Q Division.”

Feinberg continues: “Somehow, we ended up coming home from playing a show wherein one of the hugest albums of my junior year of high school was played live by these icons with plans to record at the spot where the biggest accomplishment I previously had was leaving before 4 a.m. during the big annual holiday party.”

They both show off a DIY ethos that’s firmly entrenched in the overall package and presentation of Radium Girls, named after, as Feinberg perfectly puts it, “the female factory workers in the ’20s who died from radium poisoning, and their fight establishing the right of individual workers to sue companies guilty of labor abuse.”

Their fight was an effort by a unified force, and Feinberg credits her band as the result of a unified music scene.

“Friends and their support are the backbone of this music community, in my opinion, and I always recognize it — we have played all these cool venues owned, operated, and staffed by all of our friends,” she says. “People take all these cool professional photos. People share bills with us. Our DIY approach supported by all the buddies in the community who come to our shows and help us out and book us and set us up to make music is all very cool.”