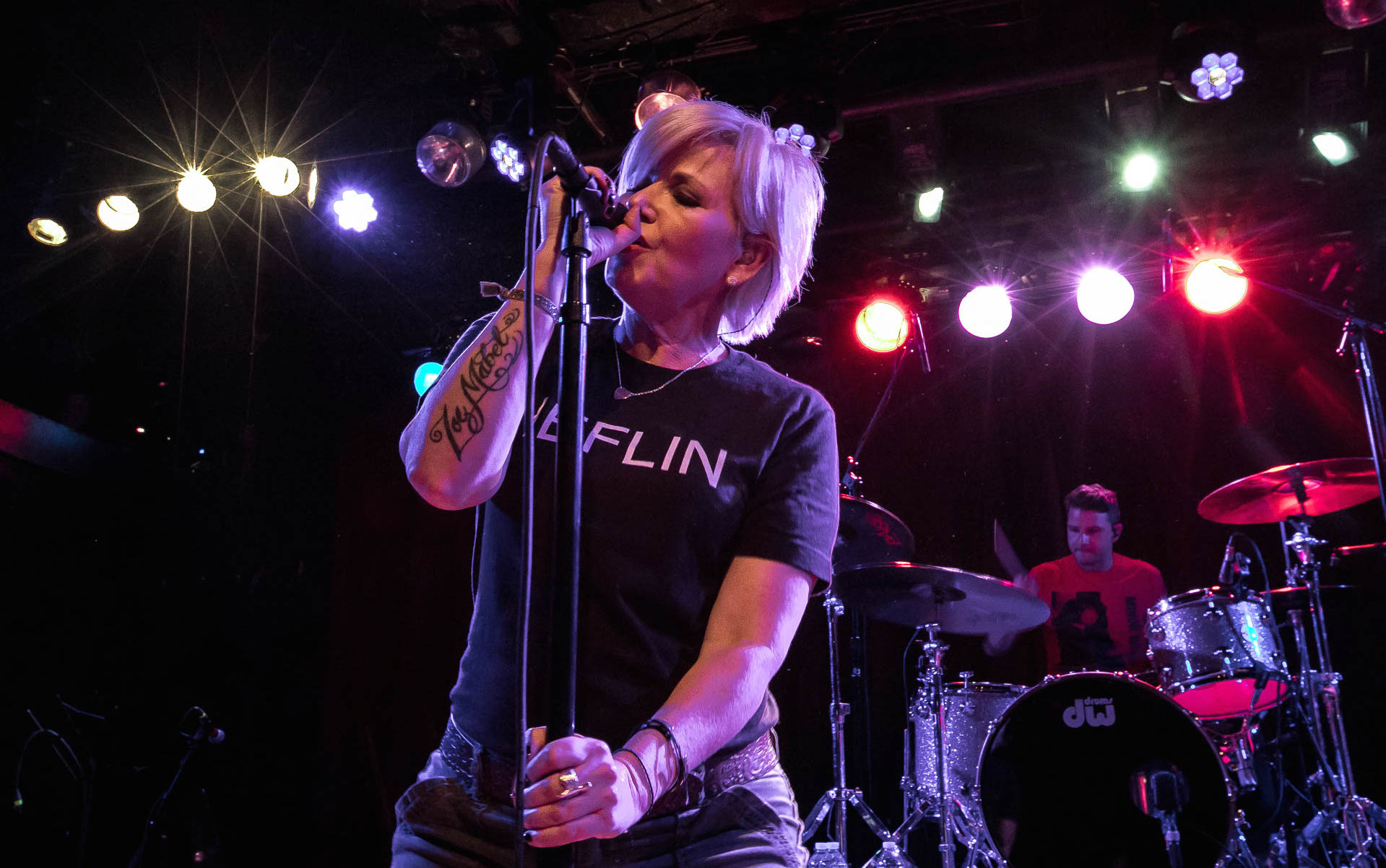 Editor's Note: When Letters To Cleo play Boston on a Friday night, the city feels just a little bit more complete. That was the case last night (November 16) as Kay Hanley and the boys kicked off the first of two "Homecoming" nights at The Paradise Rock Club, aided by their usual arsenal of hits, a horn section, and an opening set by Letters To Cleo drummer Stacy Jones' very own American Hi-Fi (who repeatedly thanked the headliners, with a smirk, for letting his band play). "There were 'regulars' that have been going to every Letters To Cleo show possible for decades," reports Vanyaland's Scott Murry, who photographed the show. "One guy had flown in from the UK, and another woman had arrived earlier in the day from Virginia. Kay Hanley called out O Positive shirts in the crowd, and relayed fond memories of playing with them at T.T. The Bears in '92... Their second song of the encore was 'Co-Pilot' from their 1997 album Go. Hanley said it was a lifelong dream to have a full horn section join them for the song -- trumpet, trombone, and sax on stage." Scan through Murry's full gallery below, and hit up the 'Dise again tonight (November 17) for the back-end of Letters To Cleo's 2018 Boston doubleheader.