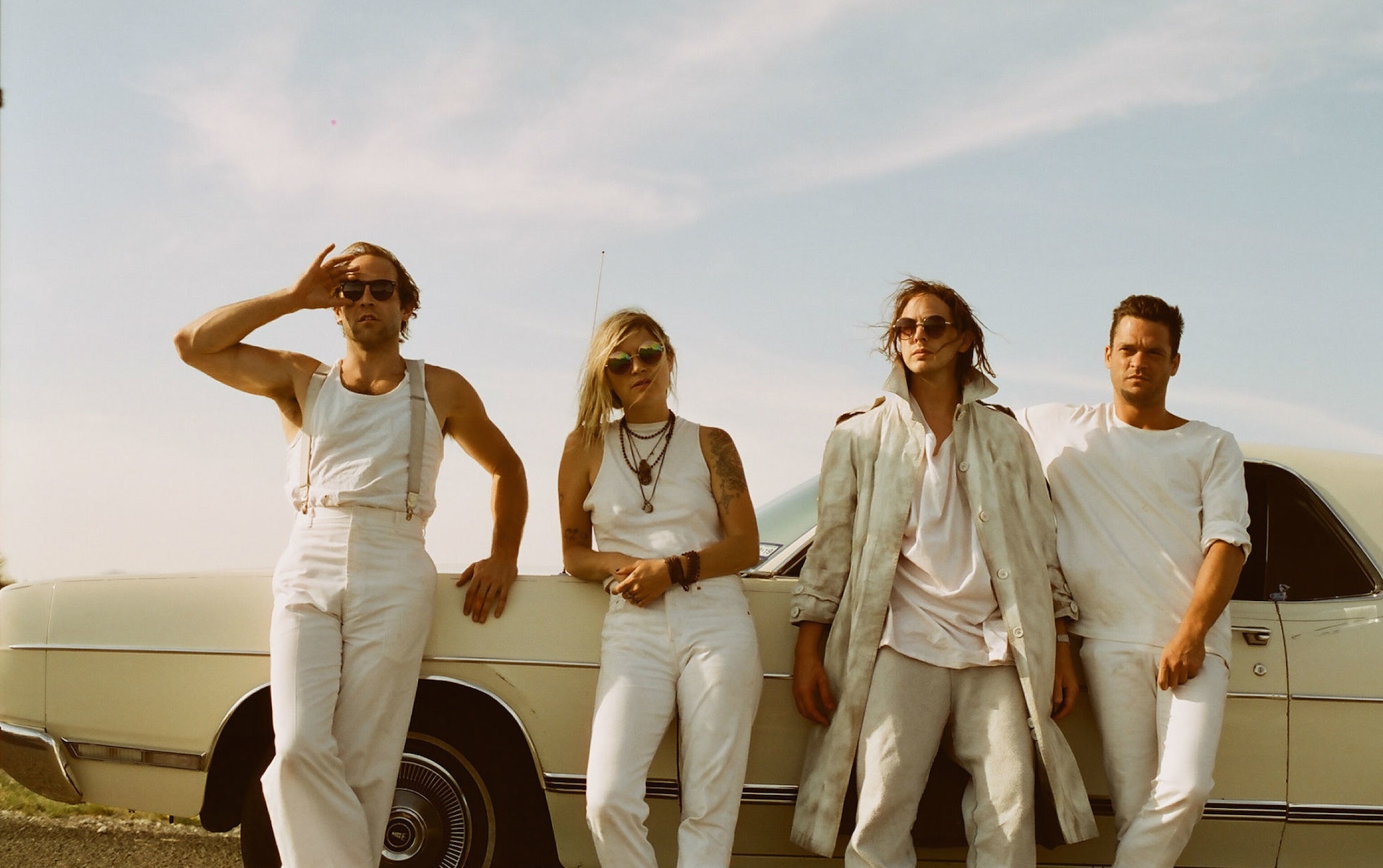 A few years back, four to be precise, Broncho hard-kissed us on the mouth with the spiked bubblegum rock of “Class Historian”, a weightless bop of scuzzy proportions that had us checking the mirror afterwards for any lingering signs of breakout.

Our complexions cleared up just in time for the October release of the Oklahoma band’s new album Bad Behavior, a 10-track romp of glam-flicked ambition that dances aimlessly within the aisles of themes of disenchantment and disappointment songwriter Ryan Lindsey seems to reflect with ease. Like a more casual Hooray For Earth and a penchant for late nights that turn into early mornings, Broncho relay tales of the modern world illuminated by the flicking lighter trying to keep your cig burning, and while Lindsey says the album is a “reflection of the current world,” which is enough to frighten us all, there’s always been a glimmer of hope in Broncho’s effortless cool.

Broncho play Great Scott in Allston this Saturday (November 10), so give Bad Behavior and all its chameleonic wonder below via Spotify, and for those who like to watch their music, gaze those bedroom eyes on their double-jam video for “Sandman/Boys Got To Go” after the streaming jump.