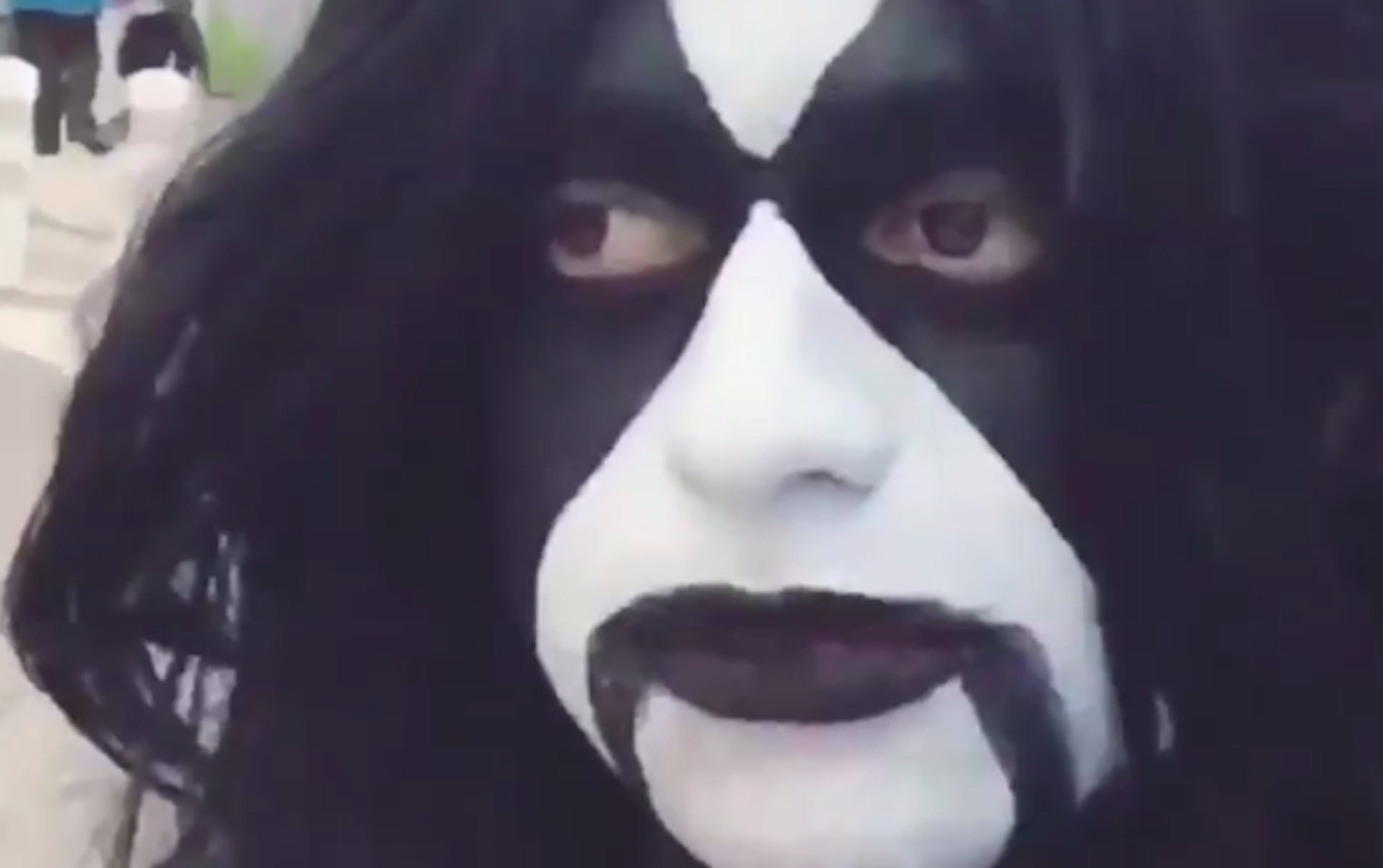 A concerned pup and a black metal dude in corpse paint locked eyes on a Los Angeles street corner the other day, and we can’t take our own gaze off the exchange.

An Instagram video posted by @silverlakeghoul on Halloween shows him coming face-to-face with the pooch, which was sticking his head out the back window of a car stopped at a red light. We can only imagine the dog thinking “WTF” as he looked out onto the sidewalk to see the dude rocking his look.

Though @silverlakeghoul’s video has been viewed fewer than 3,000 times on his own Insta, his clip blew the fuck up on Twitter. A tweet Thursday by Clint Falin — with the caption “well one of us needs to go home and change” — has racked up nearly 1.8 million views. It’s been retweeted 65,000 times and liked more than 207,000 times. Comments on @silverlakeghoul’s Insta claim this shit made the front page of Reddit as well.

It might be the best thing we’ll see all year, because you can’t reverse God without spelling D-O-G.

well one of us needs to go home and change.