Sunflower Bean throw down a disco gauntlet on 'Come For Me' 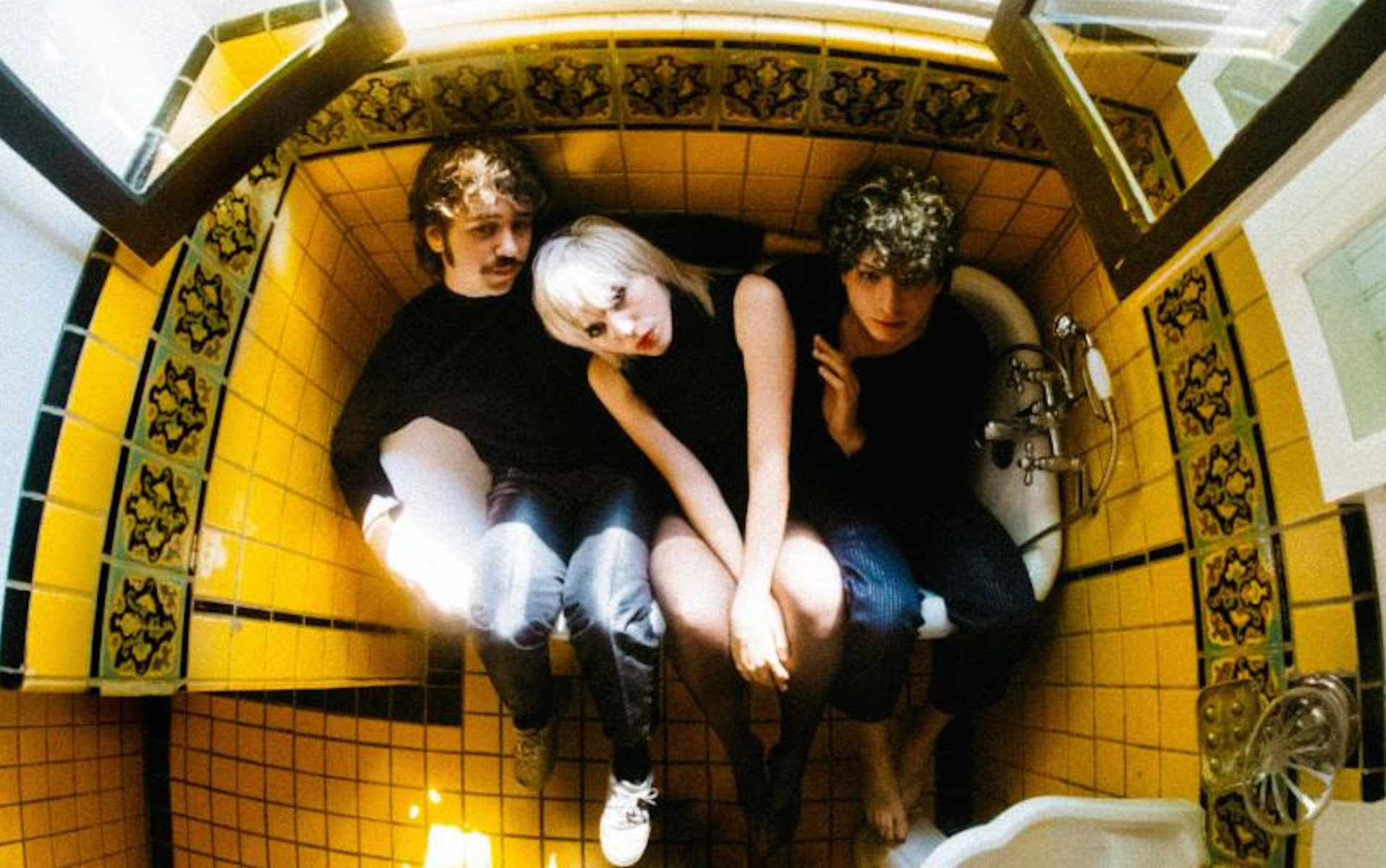 When we woke up this morning, we figured we’d be surprised by something. It is 2018, after all, and while we love to act all Perry Farrell about shit, turns out that we still find stuff shocking. So assume our eyebrow raised when we fired up this fresh new Sunflower Bean joint and it reminded us of… New Edition? What in the what?
The New York trio are following up this year’s sophomore effort Twentytwo in Blue with a new EP, titled, King Of The Dudes, due out January 25 via Mom + Pop. The four-track record’s first offering is “Come For Me”, an aggressive, guitar-led disco, R&B, and rawk-in-roll jam that has us dancing inside our own skin. It’s a throwback joint that elicits the R&B-pop slickness of New Edition and the hooks of the Jackson 5, all while stomping along with a modern-day T-Rex. And it finds Sunflower Bean in pure DGAF mode.
“This song was inspired by inner strength, power, and sexual freedom,” say Sunflower Bean. “In 2018 there is no time to waste and no time for shame. This song is a declaration of that. Do you really want to come for me? Do you really want to waste my time? The song is a dare, a threat, and a beckoning.”
Well hot damn.
Sunflower Bean will spend the early parts of opening for Interpol, but it shouldn’t be too long before they roll back into Boston under their own marquee billing. Come for them via Spotify below. Featured image by Andy DeLuca.
Sunflower Bean Tour dates:
December 07: Brooklyn, NYC @ Warsaw
January 31: Vancouver, BC @ Queen Elizabeth Theater #
February 01: Portland, OR @ Keller Auditorium #
February 02: Seattle, WA @ Moore Theater #
February 05: Minneapolis, MN @ Palace Theater #
February 07: Chicago, IL @ Chicago Theater #
February 08: Milwaukee, WI @ Pabst Theater #
February 09: St. Louis, MO @ The Pageant #
February 11: Nashville, TN @ Marathon Music Works #
February 14: Raleigh, NC @ The Ritz #
February 15: Washington D.C. @ The Anthem #
# = with Interpol