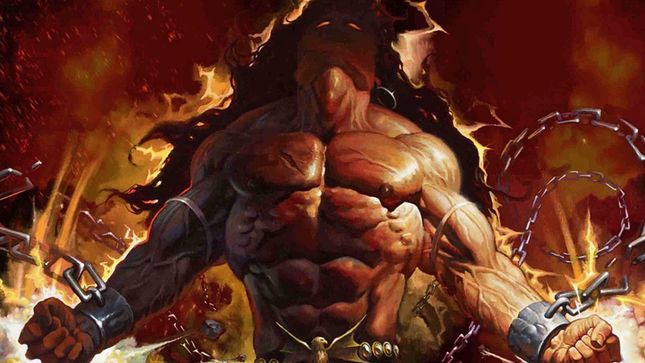 Nevermind foliage, Halloween, and the relentless sea of dull cardigan sweaters, autumn in New England is all about weekend road trips to King Richard’s Faire. His royal majesty is celebrating his 32nd season in the noble rural land of Carver, Massachusetts, this fall, and the 16th Century village opens its divine gates this weekend. While the Faire itself has its share of music, from Irish minstrel Mick McCann to Hrafn (a mix of bagpipes, war drums, and traditional folk), Vanyaland is here to help get you into the proper state of mind as you travel down the wretched strip known as Route 3. King Richard’s Faire is a mindset, and you don’t want to walk onto ye olde forest grounds a cold urban dweller; a wench may steal your turkey leg.

So behold, we present to you the 10 best Manowar songs to listen to while riding a chariot of fire down to King Richard’s Faire. (Note: Manowar is not playing King Richard’s Faire. And thank god, because our heads would explode. While we wish they could join us, we at least have their music.)

In Manowar’s world, kings, vikings, and wizards understand the need to play heavy metal. The enduring Upstate New York band, who dressed up in loincloth back in the ’80s and brandished swords on album covers, has a dedicated, global cult following, especially in Europe and South America (full disclosure: they might have been the first band I ever dubbed my “favorite,” back when I was growing up on Long Island). For a fantastic primer on the infamous fantasy metal band, check out this 2007 Popmatters piece by Adrien Begrand. But for a loud, all-men-play-on-ten soundtrack to the merging of Manowar and King Richard’s Faire, fire up our list below.

Because nothing says “I’m going to throw some knives, buy a sword, and watch some motherfuckers joust” quite like Manowar.

10. “The Crown & The Rings,” off 1989’s Kings of Metal
Perhaps not the best Manowar song, but this shit is pure medieval: Church organs give way to epic chants cast down from the Gods above, before Eric Adams prepares for what could be his final battle. Music to drink ale and get knighted to.


9. “Black Wind, Fire And Steel,” off 1987’s Fighting The World
Chances are a man dressed in 16th century garb will jump in your face and greet you with: “Fool moon’s light is calling me / My kingdom lies within / The mystic soul and lion’s heart / Brought by the talisman.” Then you will raise your hammer high, and hail this man. We are all human, but the immortals are borne of black wind, fire, and steel. They did not teach you this in grade school.


8. “Sleipnir,” from 2007’s Gods of War
The lone selection from Manowar’s hectic run in the 2000s — when everything had the name Steel attached to it — nothing warms up the thirst for mead like a Nordic myth about an eight-legged horse. Manowar does spoken-word warrior tales better than any other metal band (Refer to “The Warrior’s Prayer,” or 1980’s “Dark Avenger”, narrated by some guy named Orson Welles) and here we learn that Valhalla awaits those who die in battle with honor. Think of this as you fire your arrows and the guy at the counter yells at you because you didn’t ask for a left-handed bow within five seconds of handing him some money.


7. “Kingdom Come,” from 1988’s Kings Of Metal
A true testament to positivity for those who carry their swords high, and a showcase for Adams’ blistering screams. Honestly, there is no greater metal vocalist than Sir Eric Adams. Not even close. And here, he gives us what we’ve been longing to hear: “For all us us waiting / Your kingdom will come.”


6. “Blood Of My Enemies,” from 1984’s Hail To England
A classic in viking-rock, it should be played as the theme music before each afternoon’s jousting match at the Faire. Hail To England is a difficult album, but it’s not Into Glory Ride so it has that going for it.


5. “Mountains,” from 1984’s The Sign Of The Hammer
Perhaps Manowar’s most underrated album of the ’80s and ’90s, Sign of the Hammer is maybe best known for the seven-minute ode to Jim Jones in “Guyana (Cult of the Damned)” and “All Men Play On Ten” (on Ren?). But the classic here is “Mountains,” another seven-minute epic where Adams threatens to “tear through the sky.” You’ll pull in the motherfucking parking lot feeling like motherfucking Thor after listing to this. The message is clear: “Like a man is a mountainside / Greatness waits for those who try / None can teach you, it’s all inside.” Bring on the staties, bring on the MCAS, bring on the homeless guy at Dunkies — “Life’s for the taking.”


4. “Spirit Horse Of The Cherokee,” off 1992’s The Triumph Of Steel
Ok, fine, this has nothing to do with renaissance faires. But every now and again Manowar would take up the cause of something completely left field, and here off the majestic Triumph of Steel record — which was led off by a 28-fucking-minute song based on the Odyssey called “Achilles” — the band cops some weird Native American rain dance, and the results are mesmerizing. Fuck the Atlanta Braves.


3. “Battle Hymn,” off 1980’s Battle Hymns
Manowar’s debut is a weird thing. It feels empty compared to their future records, but looking back, the closing, (almost) title track to Battle Hymns is the point in which the band found its formula, and where Eric Adams discovered his voice. Joey DeMaio’s songwriting here is fantastic, and so began the era of Manowar as chants: “By moonlight we ride ten thousands side by side / With swords drawn held high our whips and armor shine / Hail to thee our infantry still brave beyond the grave / All sworn the eternal vow the time to strike is now.” Buy that $1500 chain-link metal vest and go slay some infidels.


2. “Master Of The Wind,” from 1992’s The Triumph Of Steel
The closing track to the aforementioned Triumph Of Steel, there’s a startling beauty to “Master of the Wind.” I guess you could call it a ballad, but it’s more about self-realization and the ability to show a gentle side while you’re conquering kingdoms and colonizing false metal. This shit is just sheer poetry: “Fly away to a rainbow in the sky / Gold is at the end
/ For each of us to find / There the road begins / Where another one will end / Here the four winds know / Who will break and who will bend / All to be the master of the wind.” Sing this as you cruise along Route 44. Roll those windows down, chief, be the master of the wind.


1. “Hail & Kill,” from 1988’s Kings Of Metal
The greatest Manowar song ever. “Rip their flesh, burn their hearts, stab them in the eyes!” an enraged Adams cries out. Yeah, the “rape their women as they cry” line is unfortunate, and we used to replace that with “kill their women” when I was younger, as if that were easier to sing as an 11-year-old. But this is the song that carries the most Manowar firepower. You are that viking ship, and bloodshed is your calling.

When you see a kindred spirit carousing around the Faire grounds, raise your arms, clutch your hands together, and greet him appropriately.