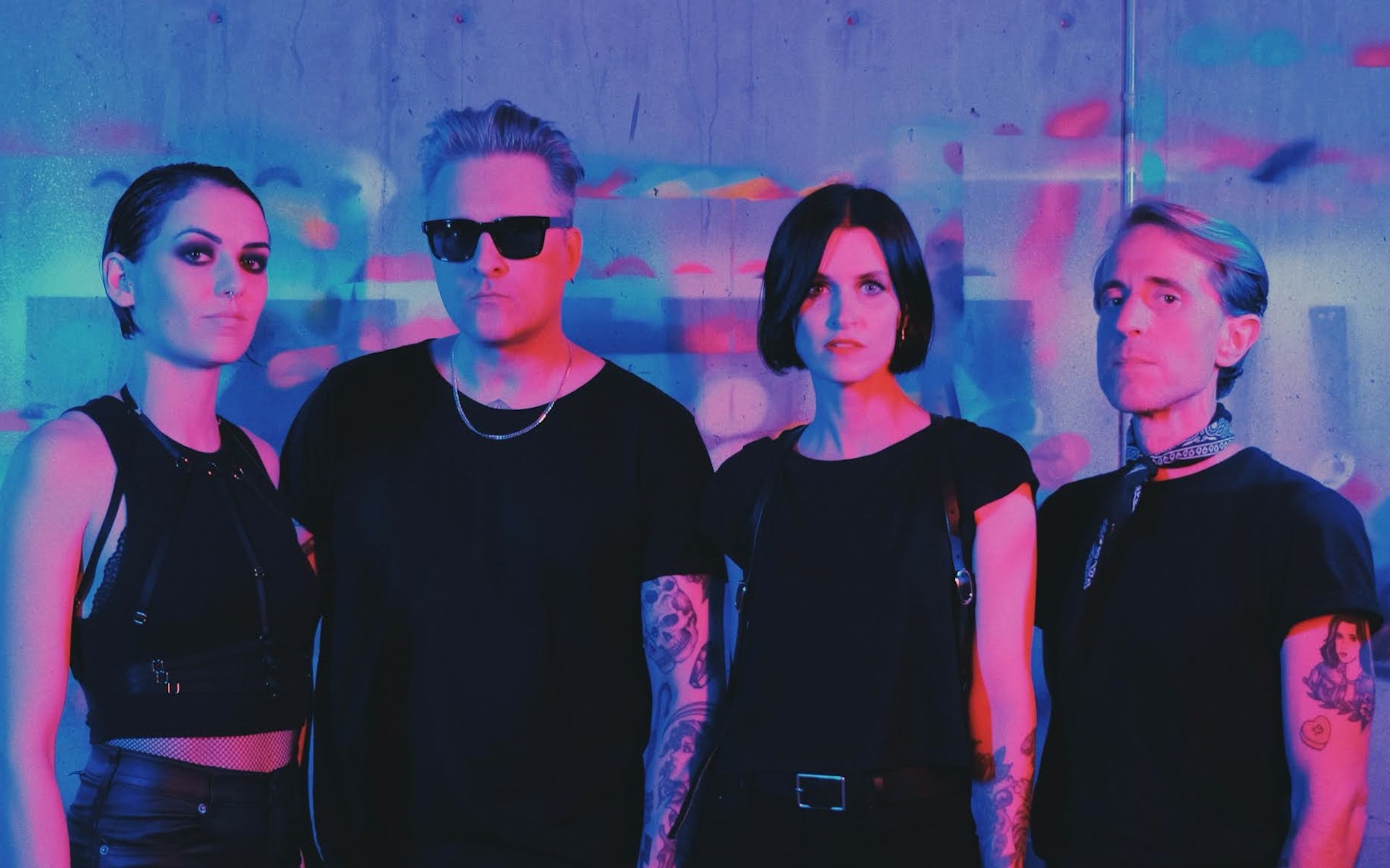 We often hype festivals in this space so here’s one masquerading as a show. Or is it a show masquerading as a festival? Either way, ACTORS‘ arrival in Cambridge this Saturday (September 17) for a shadow twirl at Sonia, presented by Dark Spring Boston, has been something we’ve eagerly awaited since the Vancouver post-punk band released 2021 standout album Acts of Worship nearly a year ago. As we wrote back then, “Acts of Worship is often dramatic on its serpentine surface, but the atmospheric core is centered purely on our own human emotions, and as an extension, the resulting connectivity we have with others.” There’s delectable homegrown flavor on the bill as well, with Providence’s Digital, Boston’s House of Harm, and Corrosion’s DJ Brian L all slingin’ kaleidoscopic beats and sinister treats from doors to headliner. Wear your most colorful black.

Lewis Black is back in town this weekend, and his presence is usually enough to capture out full attention. The ranting comedian and actor continues his Off The Rails Tour with a stop at Lowell Memorial Auditorium tonight (September 16), and as Jason Greenough notes in this week’s Mic’d Up, “he’s already said more than enough to light a fire up under America’s ass, but apparently he has to keep saying it. [Lewis returns] for another opportunity to shed some light, and to pour some gasoline on the dumpster fire of society.”

Back in March we chatted with Black about the tour, ahead of its Boston date, and he told us: “Where this show picks up is me talking about how I dealt with the pandemic. It’s basically about watching me unravel. I do talk a little bit about what’s going on in the world, but it’s really about all of [the other stuff], and there may be other stuff coming, but it bookends well with the last one. Then I’m going to move on to the next one, which will be about what the hell I think is going on in the world with things like healthcare, and all the other nonsense that these idiots [talk about].”

Film/TV: ‘The Woman King’ in theaters

Our beloved film editor Nick Johnston is up over the border in Canada all week covering TIFF, the Toronto International Film Festival, and reviews have already come in for The Whale, Glass Onion, The Inspection, and The Woman King. While we await the larger theatrical release of those first three, Gina Prince-Bythewood’s The Woman King, a Hollywood “epic” set in the Kingdom of Dahomey during the 19th century, hits about 3,700 North American screens today (September 16), and it looks pretty awesome. Be sure to check out our review for Johnston’s full breakdown, but here’s a quick synapsis to get us rolling: “The Woman King is a 2022 American historical epic film about the Agojie, the all-female warrior unit who protected the West African kingdom of Dahomey during the 17th to 19th centuries. Set in the 1820s, the film stars Viola Davis as a general who trains the next generation of warriors to fight their enemies.”