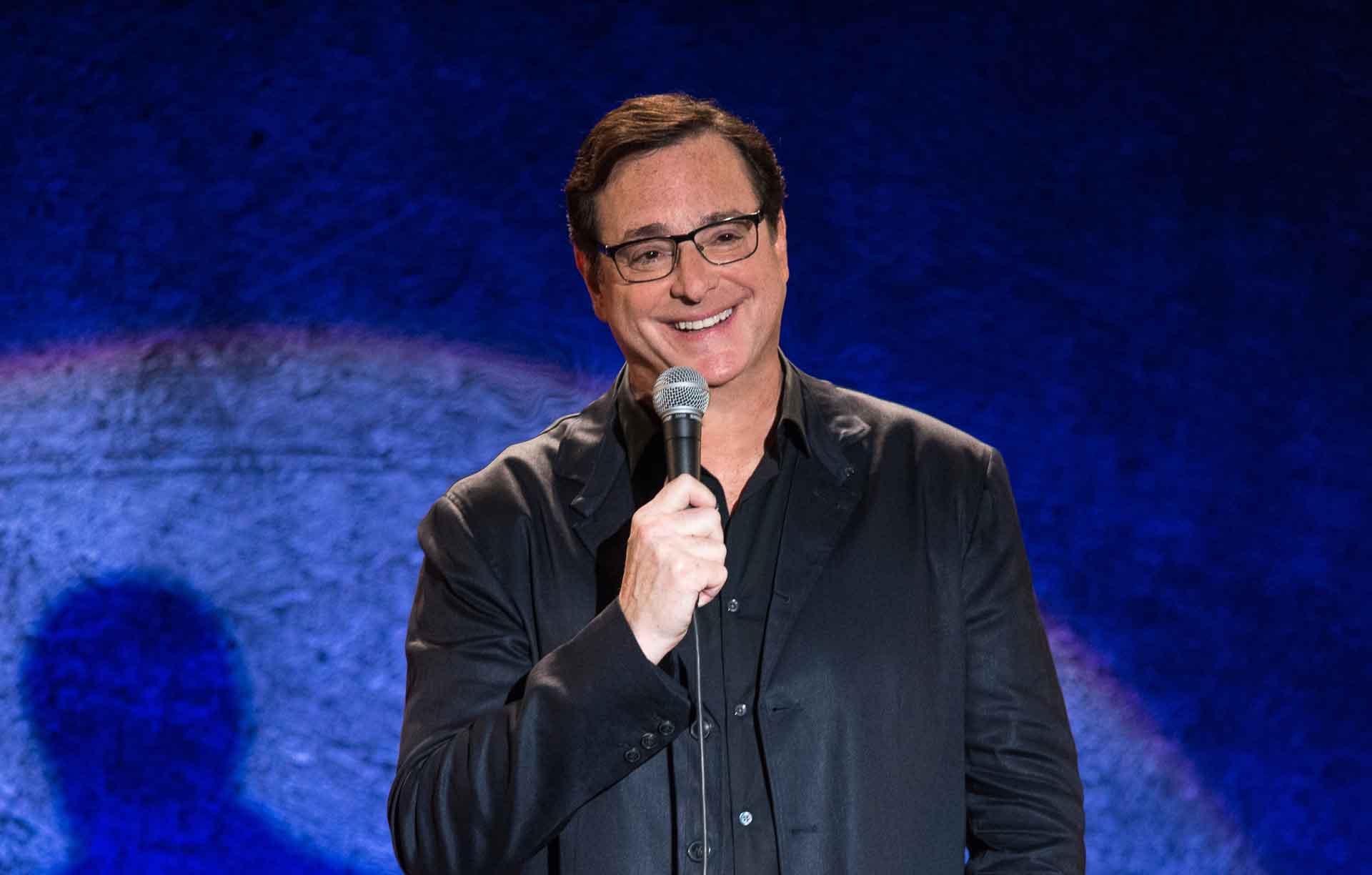 The comedy world suffered a devastating loss late Sunday (January 9) as Bob Saget, the iconic stand-up comedian and Full House star, has died. He was 65.

Over the course of his 40-plus years in show business, Saget’s multi-generational impact on comedians and comedy fans at large was delivered in a myriad of ways. Whether it was in the form of his devilishly sharp tongue and brilliantly raunchy stand-up routines (which stretched from the heyday of The Comedy Store in the late ’70s to the present day), his various writing credits and acting roles in movies like Dirty Work and TV shows like Entourage, his 2014 memoir Dirty Daddy, or his wholesome side as iconic TV father figure Danny Tanner on Full House and host of America’s Funniest Home Videos (the original viral video showcase), every decade since he started out has harbored it’s own defining stage in the evolution of Saget’s critically-acclaimed career and legacy — each as memorable and endearing as the last.

Not long after the news of his passing hit social media, hordes of fellow comedians, friends in the entertainment world and fans took a moment to share tributes and memories of the widely-regarded nice guy, and to pay their respects to a true pillar of comedy excellence.

“Still in shock. I just spoke with Bob a few days ago. We stayed on the phone as usual making each other laugh. RIP to friend, comedian & fellow Aristocrat Bob Saget,” tweeted Gilbert Gottfried, with Whitney Cummings adding “My heart is broken. Saget, thank you for being the warmest, most accepting, relentlessly kind and hilarious person. I never heard you say a bad word about anyone unless it was a brilliant roast joke, where even your target was in tears.”

Famously close friend and Full House co-star John Stamos tweeted “I am broken. I am gutted.  I am in complete and utter shock.  I will never ever have another friend like him.  I love you so much Bobby.”

While his legacy wades heavily in the filthy stream-of-consciousness humor he was known for, he was also widely known as one of the all-around nicest guys in the game, a staunch activist for the Scleroderma Research Foundation, and not just a skilled comedian, but also a true lover and fan of comedy himself.

And those are just some of the reasons why nearly everyone who had the pleasure of knowing him over the past few decades has their own personal anecdotes and stories about just what a gentleman he was.

I had the immense pleasure of interviewing Bob for Vanyaland back in April 2019. Set up for a chat that was scheduled to last 30 minutes, I had a lot that I wanted to talk to him about — from his upcoming stand-up gig at The Wilbur, and the movie Benjamin that he had recently directed, to of course, his lengthy and legendary career in comedy and on TV — so I scaled back on some questions before getting on the horn (for the record, regardless of how many famous people you chat with, nothing prepares you for hearing ‘Hey there! This is Bob Saget…’ coming from the other end of the phone.)

As it turned out, Bob had a bit of a traveling snafu that day, which resulted in him being free to chat for a bit longer. Or rather, a lot longer. At the end of our chat, we clocked out at just under an hour and 10 minutes on the phone, and even then, it felt like more than just an interview. It was truly a wonderful conversation, where we chatted about everything I had planned to ask about and then some. Full House… AFV… Videos After Dark… how it felt to see his TV family grow up amidst the production of Fuller House… his work to support Scleroderma research… his admiration for Don Rickles. Everything. For someone who will fully admit to their childhood obsession with Full House, and as someone who would later become a huge fan of Bob’s masterfully-crafted dick jokes and musical comedy, it was honestly a dream come true to speak with someone of his caliber at that level of comfort and freedom. It was such a well-rounded and relaxed chat, and to say Bob was gracious and generous with his time would be a gross understatement.

After attending his show at The Wilbur a few days later, I had the honor of shaking his hand and thanking him for a great night. It was very late, and I’m sure he was really looking forward to leaving the theatre at some point that night, but he stayed around for a bit to talk about what I thought of the show, how much he loved the city and the venue, and how much he appreciated my time and my interest in his work.

I’m 99% sure I kept my composure, but for him to be so kind and warm, and soft-spoken had me internally ecstatic and emotional in that moment, and I’ll never forget that. He was a true gem of a person. An absolute genius behind the mic, of course, but also just a top-tier gentleman, and I know I’m not alone when I say I’m going to miss him and the light and laughter he brought to so many in such creative ways.