‘No Time to Die’ Spoiler-Free Review: A fond farewell to Daniel Craig 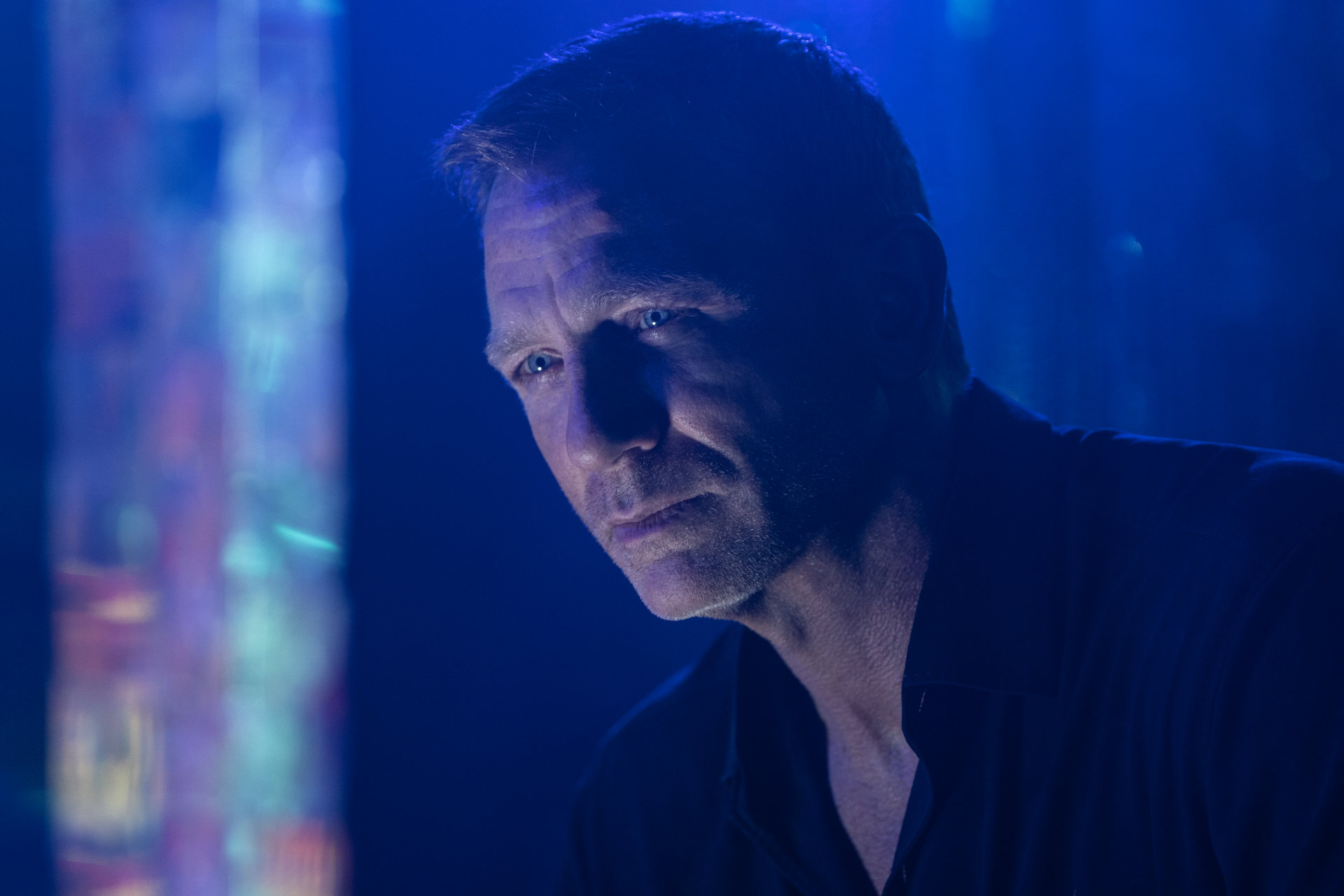 Editor’s Note: To celebrate the release of ‘No Time To Die’, Vanyaland film editor Nick Johnston has ranked all 24 James Bond theme songs. After you read his film review, check out his official rankings, and then cast your own vote for your favorites via the poll button below. We’ll publish the results next week, once we catch our collective breath.

There are two primary characteristics that, to me, define Daniel Craig’s tenure as James Bond, and, much like conjoined twins linked at the hip or skull by genetics and fate itself, I think they’re inextricably connected. On the left side of the two-person body, you have the rich and emotional content of these films, which, perhaps inspired by Bourne‘s steely-eyed realism, gave the character a narrative arc previously somewhat forbidden by the episodic nature of the series. He’s not a sad boy, per se, but he is most definitely not the kind of quip-spilling unemotional badass that has previously been established by the likes of Connery, Moore, and Brosnan. Imagine it’s, perhaps, with kind yet defeated eyes, looking for love and regretting its past decisions, failed flings, and assassinations. On the other side, you have this era’s often-withering perspective on the nature of 007’s work — it was, perhaps inevitable due to the Bush years’ specific kind of revisionism and challenges from shit like xXx, that Bond would go hard — and as established by Casino Royale, you have him as the “blunt instrument” murdering people in bathrooms, filmed in handsome greyscale, for the sake of Her Majesty’s aims abroad and within. Sure, it indulges in all of the typical fantasies inherent to Fleming’s escapist yarns, but it also regards their motivations with deep skepticism. Notice how often Craig’s Bond is either retired or injured or whatever: he’s got more in common with a Le Carre character than one might expect. Imagine this half, perhaps, looking like Siouxie Sioux or something cliche like that.

This pairing, bound together by trends beyond their control but somehow perfectly complimentary, defines the ethos of Cary Joji Fukunaga’s No Time to Die, the oft-delayed and spectacular conclusion to Craig’s now-15-year occupation of the single most publicly-British role an English actor can occupy (pay no attention to the Scotsman, Australian, and Irishman in the corner). “Epic” would perhaps be the best word to describe this installment, given that it’s nearly three hours long, but it’s astonishing how well it moves from scene to scene — I can guarantee you that it doesn’t feel nearly as long as some of the Moore films, especially as the star, no spring chicken by the time he took the role, approached a steely irrelevancy near the end of his tenure — you’re never more than twenty minutes away from a given setpiece, and you’ll be surprised how strong the script is. This might be the Iron Man effect: bring in enough writers, and you might just wind up with gold. It’s definitely the wittiest of Craig’s films, perhaps thanks to Skyfall and Spectre‘s acceptance of the campy tones of earlier films, which allowed for a significantly decent amount of goofballery to sneak its way into the margins. This wit is in no small part due to the contributions of Fleabag‘s Phoebe Waller-Bridge, whose recognizably modern (though, and this is important to note, not post-modern) sense of humor enlivens the space between the action scenes with heart and jocularity. It’s not a full-on comedy, but I have the feeling that people will forget about how funny this often is because of, you know, everything else.

Before we get to the point where I have to handwave at all of the vague specifics about the plot reveals that I’m both contractually and ethically bound not to reveal (the latter, of course, being more significant), I’d just like to say that said action scenes are among the best in the Craig era, and that Fukunaga’s direction and style here is its own specific thing. Spectre felt like it was straining to force cinematographer Hoyte van Hoytama to try and be Roger Deakins (and Hoyte later, at least, got the chance to prove his spy-game mettle on his own with Christopher Nolan’s Tenet), the master lensman who gave Skyfall a visual identity so spectacular that it’s even impossible for those nerds who hate that film to deny that at least it looks great. No Time to Die feels it’s the first subsequent film to draw influence from Skyfall without specifically aping each of Deakins’ design choices, and Linus Sandgren’s photography here gives it a genuinely modern feel: the rusticness of the Italian villa in which the film’s first major action scene takes place, to darkened, neon-lit clubs, ghostly forests, and even the concrete dramatics of the villain’s lair, feel revitalized and energized in his compositions. Even the credits sequence is fantastically realized, perfectly complimenting Billie Eilish’s melancholy theme (which works really well in context) and being one of the best of the CGI era. On the other hand, it feels like Fukunaga’s trying to top every single career milestone he’s had previously, and if you’re looking as to what to expect here, imagine the romance of his Jane Eyre (horror allusions and all) merged comfortably with the skill in which he directed the most memorable moments of True Detective. Yes, that is an allusion to the fact that Bond takes on Atomic Blonde in one of the premiere action moments of the year so far, and it’s a moment that’s sure to have high school film nerds wowed like I was during Children of Men when that helped to redefine camera movement back in the day (or JCVD, but I’m just going generalist here).

Now we’re at the moment in this review where I generalize a whole hell of a lot. I’ve made it no secret here in the past that On Her Majesty’s Secret Service is my favorite Bond film (Casino Royale being a very close second) but one thing I’ve never addressed is the one giant wish that fans have had that I’ve heard echoed in a bunch of corners for those who have yet to just sit down and have a long talk with themselves about why George Lazenby is a good Bond: They wish Connery had come back for it and that the film’s dramatics could have been performed by, you know, an actor who could act. I don’t think this would have worked, because I don’t think the character as embodied by the epitome of cool itself would have been able to fall in love and give everything up in the same way that one could envision a genial goofball like Lazenby doing. Nor could one imagine a man who carelessly tossed away woman after woman — often to their doom — being upset at their death even after putting a ring on it. Craig’s Bond is, of course, made from different stuff. His years have emphasized the suffering that he’s put other people through, with his betrayal by and subsequent inability to rescue Eva Green’s Vesper Lynd in Casino Royale playing an important part of his psychology. This is to say that one could very much imagine Craig’s Bond in a similar position to Lazenby’s, and for it to have some manner of emotional impact beyond it just being a “sad event in the life of a person we like” on an audience. Spectre hinted at this often, so I don’t think that it’ll come as a surprise to you that it’s explored further here, but my lips are sealed on just how so.

There’s plenty more to be said about how No Time to Die works in the future after you’ve all had a chance to see it — and that’s a full-throated recommendation for you to see it in the largest format humanly possible, provided you have access to an IMAX screen or its off-brand equivalents — but I can already tell that this is probably going to prove to be a controversial experience, though not necessarily in the same way that The Last Jedi was when it broke the brains of many internet-dwellers a few years ago. But keep this in mind: Craig has a unique situation when compared to every other occupant of the role. He had the luxury of announcing his retirement early, as opposed to simply being forced out of the position by Eon and the Broccolis when the box office receipts were on a downturn. His films have had a sustained character arc, though only with the most minor trappings of serialization, given that one could fool themselves, perhaps, into thinking that each installment was just like the Brosnan era, no matter how wrong that was. And, of course, his Bond had an origin story, in which, in an oft-quoted bit of criticism by the writer Warren Ellis, he was essentially the Bond girl, made and molded by suffering into the tip of Her Majesty’s spear. The very existence of Casino Royale as a concept implies that there will one day be an ending. I’m excited to see how these movies, when played back-to-back, will compliment each of the others in the years to come (I’m already seeing Quantum of Solace and Spectre revisionism out there, so who knows).

So, goodbye, Daniel Craig. If you weren’t the best Bond (and trust me, I think you probably were), you were definitely the only man who could have made him this interestingly human without sacrificing all of the cool. Nobody did it better.