TIFF 2021 Review: Antoine Fuqua’s ‘The Guilty’ is a solid remake 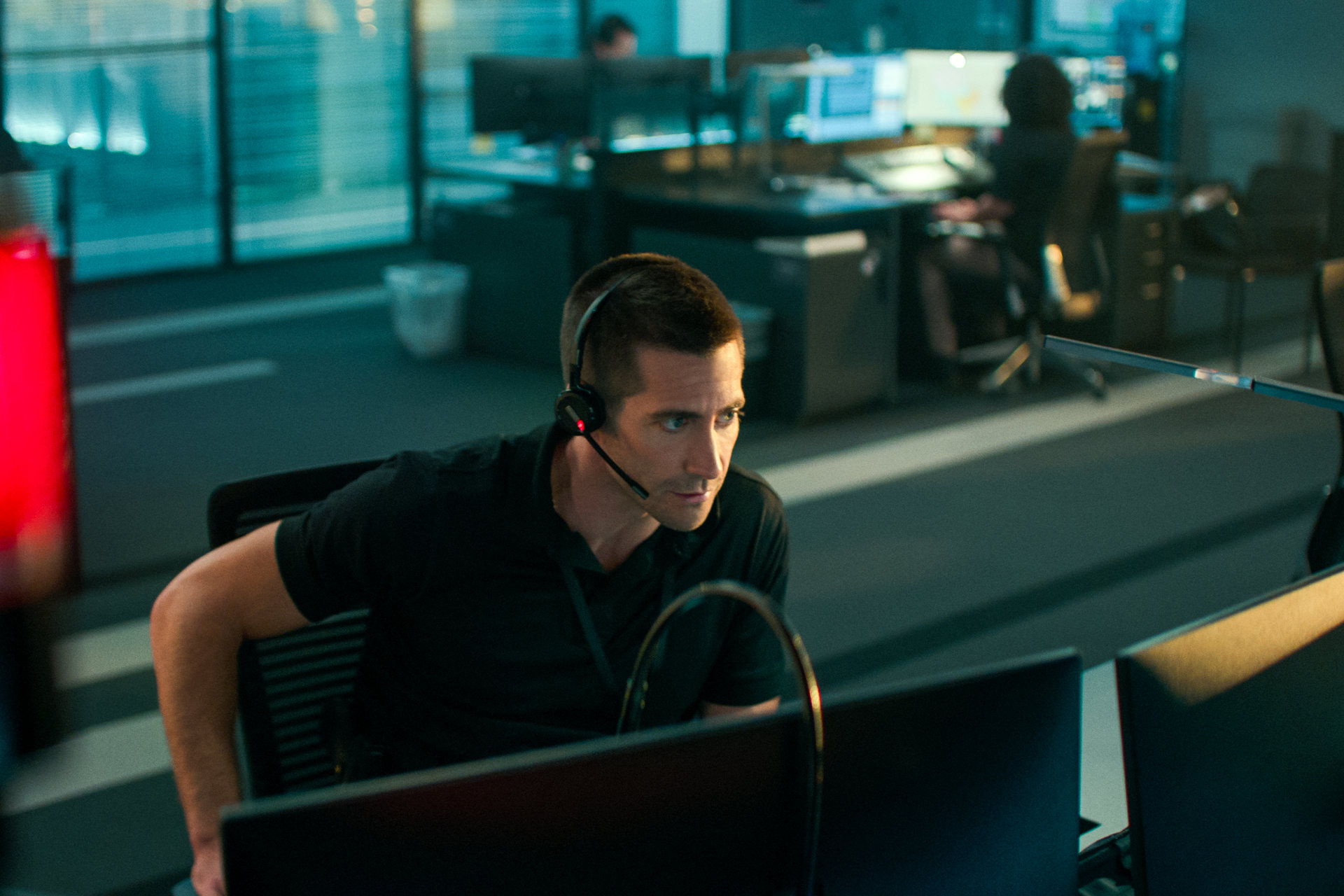 Where Gustav Moller brought a typically Scandanavian chill to his 2018 film Den skyldige, a real-time thriller about a 911 operator trying to weave his way through a mystery following a disturbing call from a kidnapped woman, the surprisingly effective pairing of director Antoine Fuqua and writer Nic Pizzolato bring some heat to The Guilty, its English-language remake. I mean so literally: This take on the story is set in an ablaze LA, its emergency services overwhelmed by a hellish fire on its horizon, constantly displayed on televisions in front of those manning the phones that occasionally bathes them in a tungsten glow. Ash rains from the sky on the freeways, and the smoke seems to irritate everything, including the lungs of Joe Baylor (Jake Gyllenhaal), a disgraced cop who finds himself working the lines while he waits to go to trial for an offense committed in the line of duty. He’s introduced, sweaty and gaunt, coughing in the bathroom at his work, sucking down puffs of a rescue inhaler, collecting himself for what should be a relatively peaceful final shift, all things considered. Oh, how wrong he is.

In contrast to Moller’s often-stoic protagonist, Pizzolato renders his lead into a firecracker, ready to pop off at anybody who annoys him, be it a caller who gets robbed by some prostitutes and gets mouthy with him or a reporter from the LA Times asking for his side of the story before his court date tomorrow. His attitude conceals a deep pain and fear hindering the decent person, the good dad he wants to be to his daughter or the not-shitty ex-husband he wishes he were to his estranged wife, that only the right situation can challenge him to overcome. And, in the middle of this afternoon shift, he’s forced to confront all of it — his misdeeds, his rage, his anxieties, his guilt — when he picks up the phone and hears a shaky voice talk to him like as if he were her kid. The woman’s name is Emily (Riley Keough), and she’s trying to communicate with him (as some victims of domestic violence actually do) by pretending that Joe’s her daughter so as to not aggravate her kidnapper. From then on, Joe swears that he’s going to save this woman, whatever it takes, but the situation might not be what it seems at first glance.

Yet, as it often is with these matters, Joe comes to realize the depths of the institutional rot that he’s been a part of, and how little good intentions matter when it comes to mobilizing a full response to save lives. His conflicts with the other dispatchers, the CHP, and his former police Sergeant begin to roll together, and, when combined with the details of the situation that he’s found himself in that are trickling in with every phone call from Emily, Joe starts to fray and come apart. Gyllenhaal is an aggressively earnest actor, and as the script strips him of his defenses and forces him to reckon with the damage he’s caused — or the good he’s done — Gyllenhaal embodies it with an honest rage, contorting his face into expressions of fear and grief and anger that are shockingly cinematic, and Fuqua’s film lives and dies on the medium close-up. One could dismissively compare it to radio or theater and, indeed, the single-location drama can often be rightfully accused of all that, but the psychic distance between the audience and Joe’s own anguish is immediate in a way that only this particular visual medium can properly convey.

That’s not to say that the Brooklyn’s Finest and Training Day director doesn’t bring other aspects of the film to life, and as alluded to above, there are some fantastic bits of color-contrast within certain scenes that really make it pop, even on television. For a few short moments, we leave the dispatch room and follow some movement under the ash-choked smoke-filled orange sky, a hazy and hallucinogenic emergence from the air-conditioned cocoon that Joe’s immersed in, though those little scenes are few and far in between. There are a few missteps along the way, as well, such as the ending, which has an element of hoariness befitting Pizzolato’s tendency towards the sentimental (some of that Scandanavian chill might have done well here). But with the array of voice talent assembled (of which Keough, Peter Skarsgard, Da’vine Joy Randolph, Paul Dano, and Eli Goree are among the actors recruited for the project) and the misery seeping through every fold in Gyllenhaal’s furrowed brow, The Guilty is a pretty worthy remake, and an ideal COVID-times project that someone might actually decide to watch a few years from now without once realizing the circumstances behind its production.